Destiny has had a turbulent history from the very first day that it went up on store shelves all the way back in September 2014. The franchise has gone through numerous ups and downs, from a troubled development to a horrendously disappointing first entry which quickly became the laughing stock of the gaming world. After a year of patches and updates by Bungie, the game was finally in a great state during year 2, with the hit expansion, The Taken King. Unfortunately, Bungie learned very little from the time between The Taken King and Destiny 2, leading to a mediocre sequel that stung worse since it seemed as though the developer was finally learning from their errors. Once again, Destiny went through a cycle in which constant expansions and updates were pushed in order to make the game as appealing as the original entry by the end of its lifespan, and it’s a miracle that even through all of the turmoil, Bungie managed to create the best Destiny experience in the past 4 years with Destiny 2: Forsaken.

A year following the events of the Red War, Cayde-6 and the playable Guardian are helping out Awoken ally, Petra Venj, after a prison riot occurs in the Prison of Elders. The Prison of Elders houses some of the most nefarious creatures in the Solar System, including eight barons led by Prince Uldren Sov. Cayde-6 and the Guardian bite off more than they can chew, and the barons are able to overpower Cayde, killing him once and for all. Driven by a need for vengeance and justice, the Guardian takes on the challenge of executing each baron one-by-one, destroying every enemy in their path until they can eventually put a bullet in Uldren’s head in honor of their deceased friend. 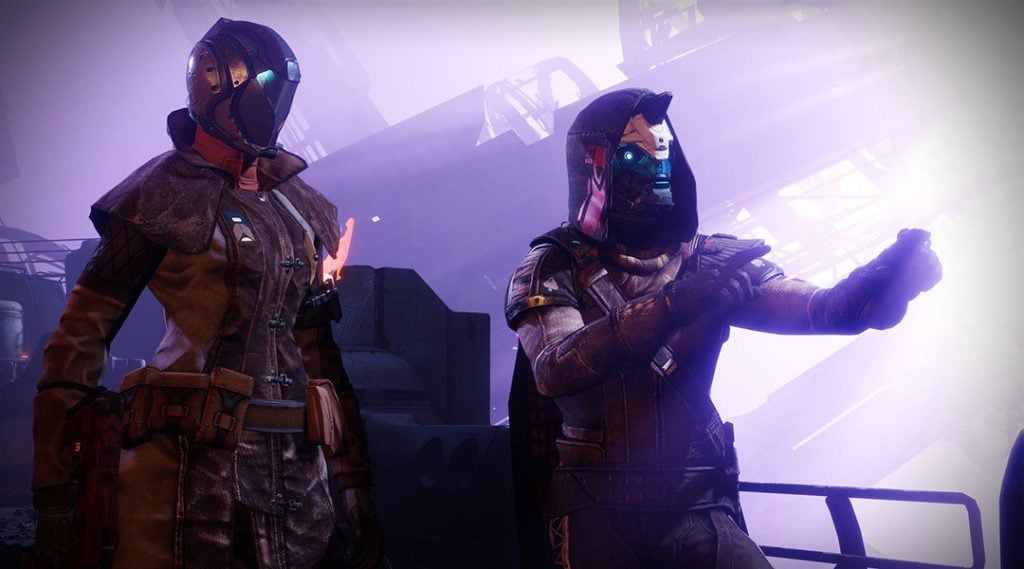 Of the many tales told throughout Destiny’s history, Forsaken has the most consistently great story with far more personal stakes and motivation than any previous expansion. There is not necessarily a universe-ending cataclysmic event going on in the foreground, but the fact that Cayde was murdered in cold blood immediately puts a target on Uldren’s back. The tone is set from the very first mission and it never veers into the more comical and ridiculous side like the original Destiny 2 campaign. The main campaign of Forsaken is a wonderful example of the type of writing that Bungie should focus on in future installments of the series if they want to keep players compelled and interested in the world of Destiny.

Destiny 2: Forsaken has single-handedly improved the base game in every regard

The real meat of the lore truly comes forth in the final missions of the main campaign, where there are a couple of teases as to what goes on next and the player gains access to the Dreaming City. The Dreaming City is the second explorable location that players get access to, and while the other location — The Tangled Shore — is enjoyable to explore and has many distinct landmarks, The Dreaming City is on an entirely other level when it comes to Bungie’s world design. The City is on a three-week cycle in which it progressively becomes more corrupted with Taken, going from a lavish and beautiful city to an infested mess of darkness and anarchy. There are so many hidden secrets to be found throughout the area that it is clear how much care the designers put into the little details. The Dreaming City is host to many different end-game activities such as Blind Well, a horde-mode style encounter akin to Escalation Protocol from the previous expansion, the Last Wish raid, and many other secret challenges and dungeons to discover that truly need to be seen first hand. 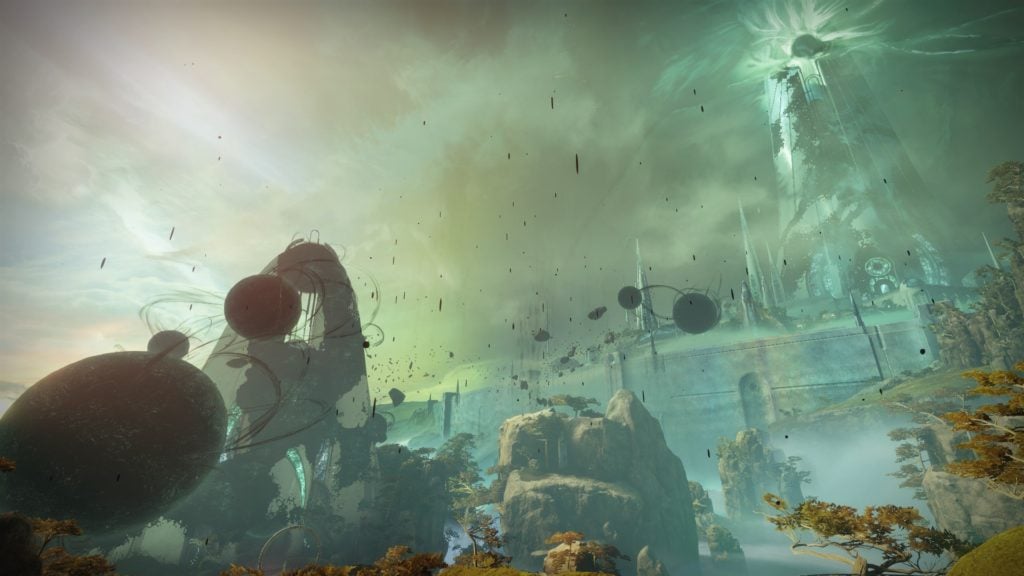 Forsaken would not be nearly as praise-worthy if it wasn’t for the amount of quality of life changes and fixes that were implemented prior to the expansion. The brand new weapon system feels like a vast improvement on any weapon system prior, with weapon types being categorized based on ammo type rather than weapon type. This allows the player to have greater customization on their weapons. The gameplay feels far more fast-paced and frantic in both PvE and PvP since you can always have a shotgun or sniper on deck to pull out and end an enemy quickly rather than chip at them with two assault rifles. Along with the new weapon changes came the return of random rolls, a much-needed addition which gives every weapon a sense of personality and charm that the weapons from year one simply did not possess. Being able to get a drop only to figure out that it had the perfect perk set is a magical feeling and truly adds to the fantastic grind that Destiny has polished.

Not every quality of life change has been great, however, as a major point of criticism with Forsaken is how much more costly infusing your weapons and bringing their levels up has become. Materials as a whole have become far more rare, while also costing much more than they did prior. This can give certain items a sense of luster that wasn’t present before, but it feels too lopsided in the direction of exhausting players of all their materials and currency rather than a fair balance of acquiring and using what one has. However, these are minor gripes that can be addressed in the future in order to create a smoother experience overall. 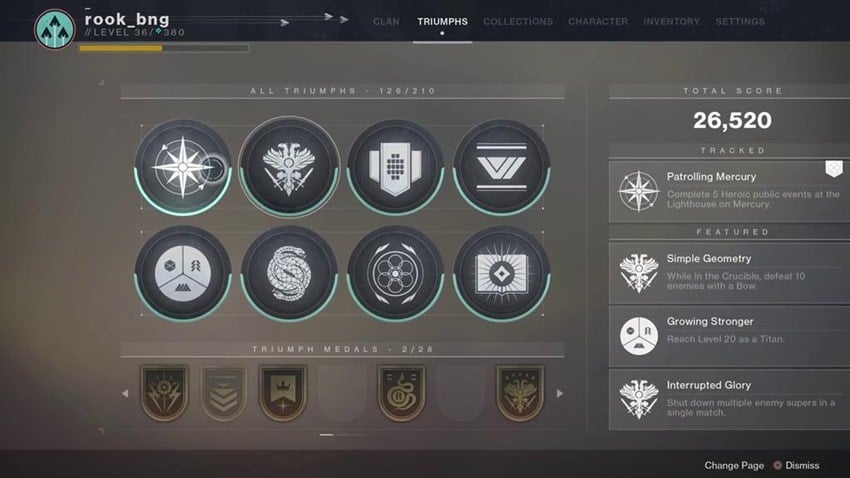 One of the biggest selling points for Forsaken is the introduction of a brand new game mode titled ‘Gambit’. Gambit is a completely original mode in which two teams must kill PvE foes in order to gather motes to deposit in order to summon a boss which ends the round once killed. Throughout the match, players from the other side can invade in order to kill each other and get rid of any motes the now-deceased player was carrying. Gambit is the perfect blend of PvE and PvP in which players of either side of Destiny can converge and assist their team in winning a match. Whether it’s a Crucible god or in the top 1% of raid completions, Gambit has a place for every type of player and every player can find immense enjoyment in the mode.

The most important piece of content in Destiny 2: Forsaken is without a doubt the brand new raid, ‘Last Wish’. After heavy criticism from the community on the previous raid, Last Wish needed to hit it out of the park in order to truly grab the endgame PvE players once more. Luckily, the raid proved to be one of the most enjoyable and difficult pieces of content the series has seen up to this point. Preparing for the raid can be a tall order with the brand new leveling systems in place, and the raid itself is certainly no pushover, but this is exactly what Destiny needed in order to stand out once again. Without giving too much away, the raid is packed with difficult and engaging encounters that each feel extremely fun and enjoyable to get through regardless of how frustrating they may be. Players need to be on their A game in order to get through this activity, but the rewards and satisfaction make the experience worth it. The raid is also packed with secrets and lore which rival that of the original ‘Vault of Glass’ raid from the original game, which is no small feat. 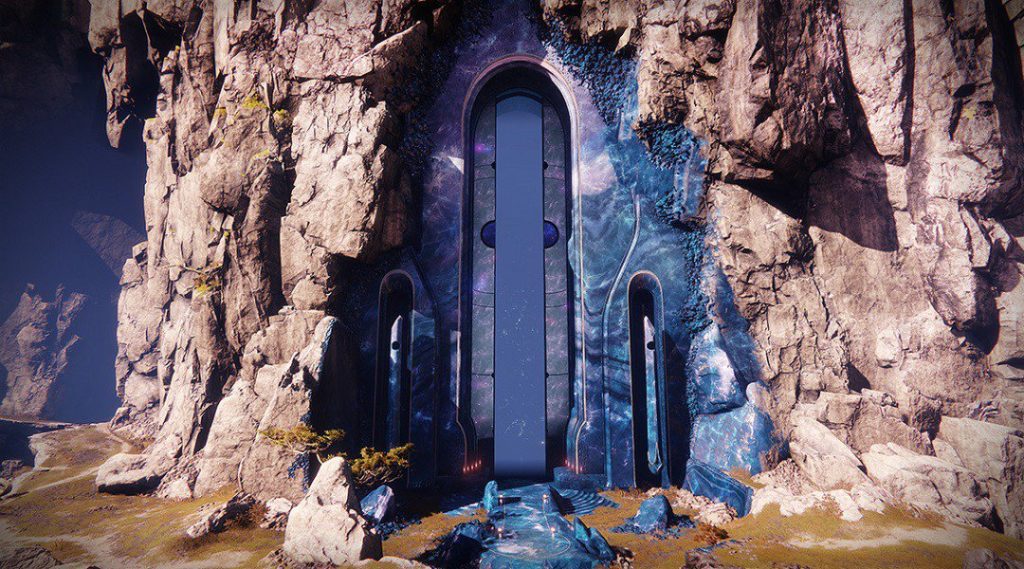 From content to quality, Destiny 2: Forsaken has single-handedly improved the base game in every regard and become one of, if not the best times to play Destiny. Whether it’s gathering motes in Gambit or exploring every nook and cranny of The Dreaming City, everything in Forsaken feels like it has a purpose and it’s a damn fun time to go through whichever activity you choose. Bungie did what was thought to be impossible and improved on nearly every facet of the original game in order to create a truly marvelous experience that Destiny players are sure to remember for as long as the franchise lasts.