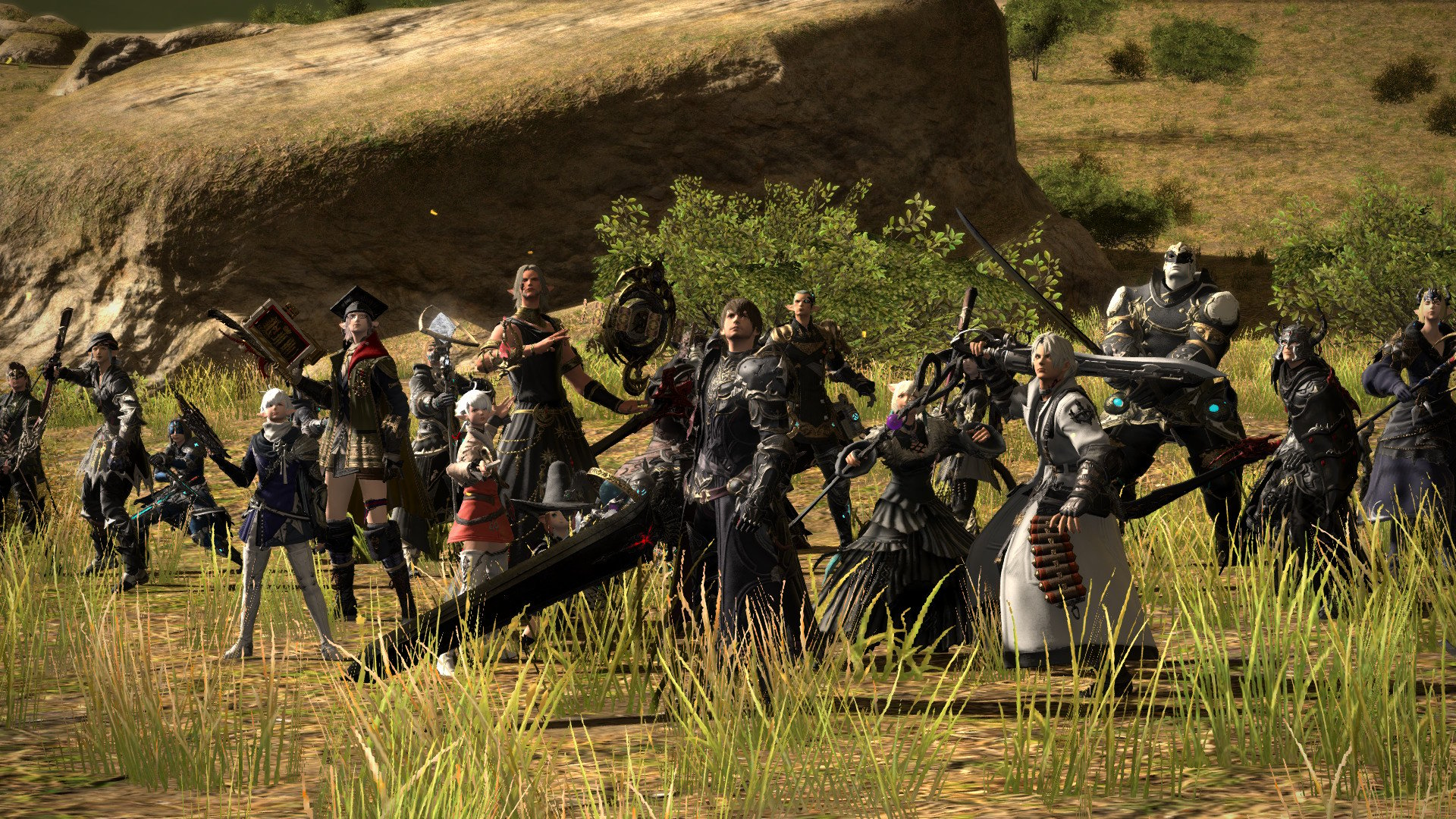 The turn of the first decade of the 21st Century was rough for Square Enix when Final Fantasy XIII, one of the most anticipated titles of 2009, ended up being one of the most disappointing games ever made. Despite its positive reception when ported over to Steam, the thirteenth main entry in one of the longest-running JRPG franchises will forever be extremely polarizing.

That had put the next title, the MMORPG Final Fantasy XIV, in a tight spot. If it failed to deliver, even slightly, it could mean the end of Final Fantasy. It already had big shoes to fill coming after FFXI, also an MMORPG, and a lasting success at that. Finally, 2010 came and fans were excited to immerse themselves in the world of Eorzea… only to be disappointed yet again. It wasn’t enough that FFXIV had its issues, but it came at the worst time possible with Square Enix still licking the wounds that XIII left.

The second MMORPG in the series, XIV was a disaster. It was incomplete, had several performance issues (that today we know were caused by the flawed Crystal Tools engine, which also powers all three of the FFXIII games), an unfriendly user interface, and gigantic seamless maps that were extremely difficult to navigate due to the repetition of entire sections. Furthermore, the developers seemed more concerned with graphic fidelity rather than gameplay, seeing as how the world had more polygons than the character models while mechanics were poorly executed.

Many news outlets at the time speculated that Square Enix was on the verge of filing for bankruptcy and that Final Fantasy XIV was to blame. Things happened in the company, indeed, but they didn’t seem keen on giving up just yet. After firing most of the development team and replacing it with promising new faces, the title seemed to start getting to closer to where it needed to be. The new director, Naoki Yoshida–also known as Yoshi P–, soon realized that despite their efforts, the game’s problems were deeply related to the engine, rendering them nearly impossible to fix. It was then suggested that the game be entirely rebuilt from the ground up.

Thus, in 2013, A Realm Reborn graced the world with its improvements. Running on its own engine, developed specifically to meet the needs of an open-world MMO, the 2.0 version drew inspiration from popular titles such as Blizzard’s World of Warcraft. ARR is to this day a huge success, having paved the way for the long-awaited Final Fantasy XV–previously titled Final Fantasy Versus XIII as part of the Fabula Nova Crystallis collection. The media and the fans look to XV with high expectations, seeing it as the franchise’s rise back to greatness. But what about XIV?

There is a reason why FFXIV: ARR doesn’t receive much recognition for saving that entry’s name, and not because it’s an online game. As mentioned, Square Enix was in a rough spot after FFXIII and with XIV being such a disaster, they had to be careful. When Naoki Yoshida took over development and proposed the game be re-released, he was focused on taking that entry out of the mud, not the brand as a whole. Thus, he allegedly studied and drew heavy inspiration from World of Warcraft, which has endured the test of time better than any other online game of its generation. That turned A Realm Reborn into what communities like to call a “WoW clone”, an MMO that relies heavily on Blizzard’s formula to deliver a safe product. “Safe” is not enough to make a name such as Final Fantasy thrive.

While A Realm Reborn is one of the most polished “WoW clones” (a comparison that makes the large majority of fans twist their noses in disgust), it isn’t unique. Visuals and fan service aside, there’s nothing the second version of FFXIV offers beyond other safe MMOs. The content revolves around repetition, with quests following the most basic and forgettable format, introducing players to missable NPCs and mundane tasks. The areas, deviating from its parent version, are not seamless but have the advantage of improved layouts that are easy to navigate. Progress is tiring, relying on level restrictions to make players either grind monsters or grab side quests in order to carry on with the story.

Playing safe doesn’t fit a franchise known for starting trends. Playing safe is certainly not what Square Enix was aiming for when they released the iconic Final Fantasy VII, or the polarizing FFVIII, or the sequels to FFXIII, which nobody asked for even though XIII-2 was a large improvement over its predecessor. XI itself, while not the most unique online game at the time, wasn’t safe. There was a cloud of doubt about turning one main entry in such an established series into a full-time online game, but it proved to be a good idea. And despite its many problems, the first version of XIV didn’t rely on “safe”.

No matter how flawed it was, those who played towards the final version of 1.0 agree that the changes made worked. Were it released in the state found in 1.23b, its last patch, chances are A Realm Reborn would be an expansion instead of a whole new game. The final version was bold and unique, showing so much promise that some who experienced it were disappointed with 2.0. A large majority of the FFXI community detests FFXIV: ARR because it caters so much to MMORPG tropes, while XI is more concerned with doing its own thing more than a decade after its initial release.

FINAL FANTASY is a franchise that has the freedom and strength to swim against the current. Some would argue that after XIII and XIV it lost the right to be different, but the favorable reception of XIII-2 and Lightning Returns–which draws elements from Dark Souls, FFX-2, and The Elder Scrolls V: Skyrim whilst maintaining to be unique–say otherwise. Square Enix seems to be playing it safe with FFXV, but there seems to be so much more under the hood that the upcoming entry feels as unique as it’s expected to from its name.

“Stormblood”, the second expansion to Final Fantasy XIV, promises to rebuild some aspects of the game that the community has been complaining about for some time. Alas, it doesn’t seem to aim at making the game as unique as it could’ve been, rather relying on how safe and popular the format is to keep its public reeled in and possibly attract newcomers without surprising them with unexpected notions. The question is if such a game can survive long enough with a nearly identical competition.