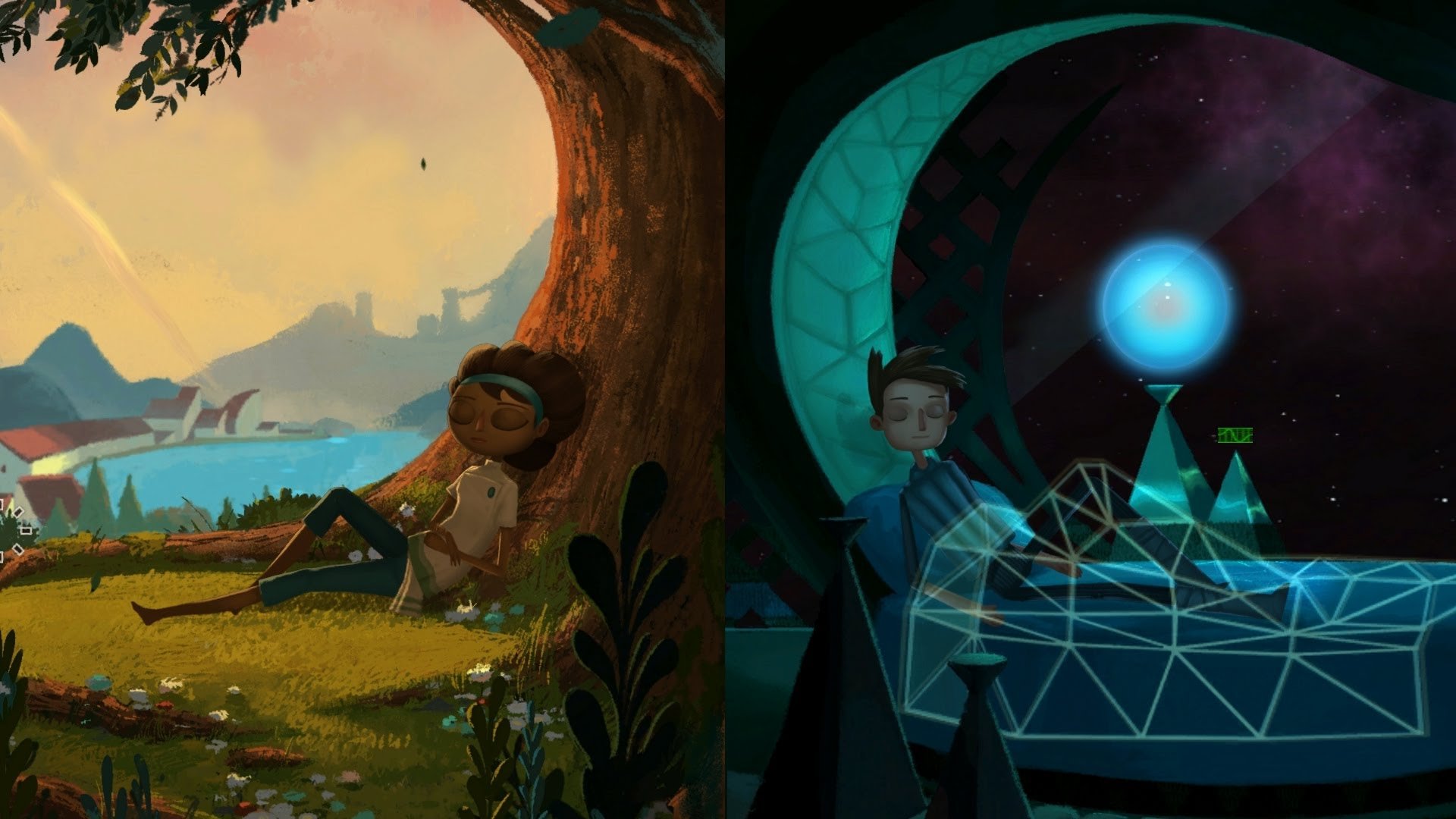 Coming from Tim Schafer and Double Fine Productions, Broken Age started life as a Kickstarter project in early 2012. Hoping that people missed the point-and-click adventure genre and would be willing to pay to bring it back, Double Fine began a Kickstarter campaign for $400,000 to release an iOS title. They raised $3.3 million, validating their urge to resurrect the genre, and the game expanded vastly in scope. After releasing the first half of the game last year to positive reviews, they used the money they generated to finish the project, and here in early 2015 Broken Age in it’s entirety has been released on PC, PS4, and PS Vita.

Broken Age tells the story of two protagonists taking part in seemingly unrelated adventures that the player can switch between at any time. Vella is a young girl living in the village of Sugar Bunting. It’s a baking village that had a once proud military but now concentrates solely on cupcakes and candies. The village has been terrorized for years by a giant monster known as Mog Chothra, and in an effort to appease the beast, the village offers up young girls as sacrifices in a ceremony known as the Maiden’s Feast. Naturally, Vella is none too pleased with the idea of being an hors d’oeuvre for the hulking Mog Chothra (although other maidens are treating it like a beauty contest, in an amusing touch) and she sets out to defeat the monster. Clearing an ice cream avalanche is a tough job, but someone needs to do it.

Our other hero is Shay, a young man living on a space ship with an overbearing AI “mother”. Shay’s mother, in the form of a giant face that looks like the sun, is projected onto screens of the space ship to offer him words of encouragement and attempts to keep him occupied by manufacturing entirely safe adventures for him. These adventures include helping the victims of an ice cream avalanche out of their predicament using his belly and a spoon, and making sure that the slowest runaway train in history remains safely on its tracks. Eventually, Shay is brought to the realization that there’s something sinister afoot in his all too perfect world, and he sets out to discover the truth behind his reason for being on the ship.

The stories are both interesting in their own way, and while Shay’s is definitely the stronger in the beginning of the game, Vella’s picks up steam as the tale goes on. Shay’s story starts as a weird blend of super-cute characters and overt loneliness. It’s a sort of Adventure Time meets Lost In Translation, with the knitted, eternally happy people of the iced cream planet standing in stark contrast to the perennially resigned Shay. He’s obviously been repeating the same acts on the ship for so long that he’s given up, and his desperation to face real danger and make genuine contact with other people is quickly endearing. It’s also frequently funny watching Shay deal with his ridiculous situation. One amusing scene early in the game gives the player the opportunity to accept or reject a series of breakfast cereals for Shay in the morning, and watching his disappointment as each increasingly unappetizing cereal is offered to him raises a smile.

Of course, Shay and the other characters wouldn’t be as effective if it weren’t for the terrific voice acting. Elijah Wood does a stellar job as Shay, while Masasa Moyo injects Vella with just the right amount of sass. The cast is rounded out with video game stalwarts like Jennifer Hale, previous Double Fine collaborators like Jack Black, and nerd icons, Wil Wheaton and Pendleton Ward. As is often the case with adventure games, the success partly hinges on the quality of the supporting cast since we spend so much time dealing with them, and Broken Age presents the player with an eclectic and amusing bunch. There’s a shady cult leader, a human-hating talking tree, and a hipster lumberjack amongst others and conversation with these characters frequently prove entertaining. Vella is the only maiden who for some reason isn’t excited to be offered up as a sacrifice to Mog Chothra.

As a point and click adventure, there’s obviously an element of puzzle solving involved too. While Broken Age is a faithful revival of the genre, there are thankfully some things that have been left in the past. Chief among these are the often utterly illogical puzzles that littered games of this ilk previously. Anyone who played Broken Sword: The Shadow of the Templars and was driven to despair trying to get past the Irish goat can rest easy; the puzzles in Broken Age follow the rules of conventional logic a little more stringently than adventure fans are used to. That being said, there are a few puzzles that require the player to think outside the box, including a couple that requires a certain level of completion in one story before you know what it is you’re supposed to do in the other story. It’s a novel mechanic that keeps the player on their toes, and I would like to have seen more of it.

I found myself stumped playing the game on a handful of occasions, but more often than not it felt like that was down to me missing something rather than the game being unfair. The later stages of the game provide a good challenge without ever feeling impossible, and the character-switching mechanic helps too, as advancing the other story can lend a new perspective to the roadblock you hit previously. In a similar vein to Monkey Island, some of the puzzles are funny, dialogue-based conundrums that make you think while raising a smile. One such puzzle involves telling the aforementioned talking tree a joke, with a set-up and punchline system that evokes memories of the classic sword-fighting one-liner puzzle from the original Monkey Island game.

Broken Age is a modern take on a classic genre. It looks gorgeous, it sounds great, and the story of these two wonderful characters has warmth and heart in abundance. There are twists and turns you probably won’t see coming, and when it ended, I was wholly satisfied with the tale that had been told. There’re a couple of obtuse puzzles, and a little too much backtracking at times, but these are minor gripes in an otherwise thoroughly enjoyable yarn. While those who are staunchly against point-and-click gaming won’t be won over by what Broken Age has to offer, for anyone with an affinity for the genre, this is adventure gaming at it’s finest.