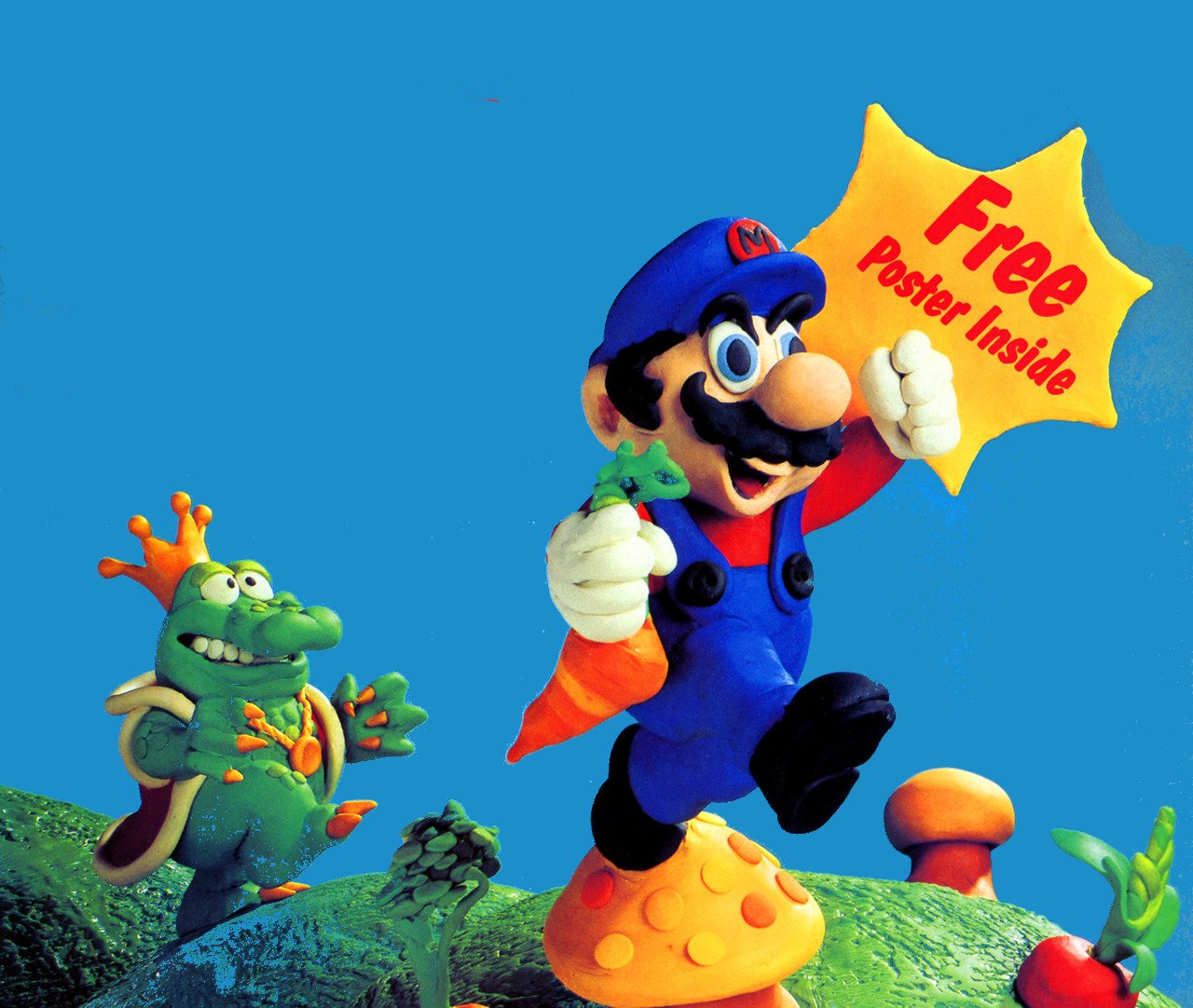 Back in July 1988, I along with a generation of kids were introduced to Nintendo Power. It was the first regular mail subscription I ever received and nothing made me happier than arriving home from school and seeing a new issue sitting in my mailbox. Whenever I received a new issue, I would stay up all night and read it from cover to cover before going to bed. In fact, Nintendo Power was the only thing I read from start to finish as a kid that wasn’t part of my school curriculum — and it was the only thing I would rather do than play on my Nintendo console. I cherished my Nintendo Power subscription and looking back at the magazine 30 years later, it’s easy to understand why. Nintendo Power may have been aimed at a young demographic but the folks behind the publication really went out of their way to publish a great magazine that no matter what your age, anyone could enjoy. 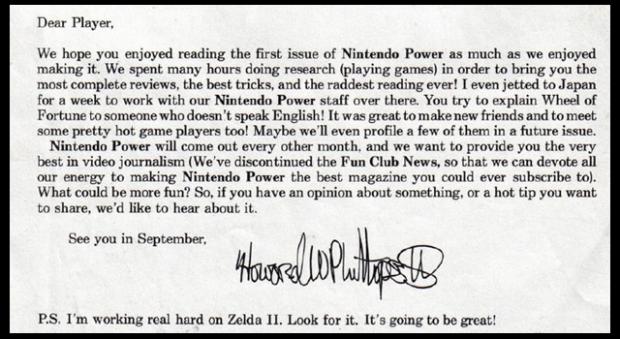 In mid-1988, Nintendo Fun Club News (a free subscription service that offered tips and tricks) was discontinued, and in its place came the first issue of Nintendo Power spotlighting the sequel to Super Mario Bros.. There were 3.6 million copies published, and every member of the Nintendo Fun Club received an issue for free. It was a gamble for Nintendo to send out so many free copies but it paid off in spades. About half of those readers decided they liked what they read, and within five months, Nintendo Power reached a paid subscriber base of over a million and a half people — a record-breaking feat that no magazine had reached in so little time.

Nintendo Power went through several changes throughout the years, most notably whenever a new Editor-In-Chief took over, but of the many iterations of the magazine, the early years were by far the very best. The founding editors were an unlikely combination — a gamer named Howard Phillips and 31-year-old Gail Tilden, the company’s head of marketing and PR who later played a big part in bringing Pokemon to North American shores. While other magazines were little more than advertising space, Nintendo Power offered readers something more — which is impressive considering the number of people involved. In an interview back in 2012, Tilden told Gamasutra, “It was only about a half-dozen people scattered across Nintendo of America.” 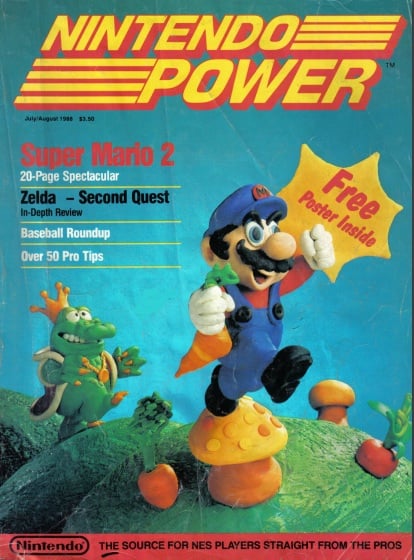 Nintendo Power had everything a fan could want, from game strategies, tips, tricks, reviews, and previews of upcoming games — and as in any magazine, each issue is separated in sections or specials. Without Nintendo Power, I may have never finished the original Legend of Zelda for the Nintendo Entertainment System. The first issue was vital in discovering many of the hidden secrets, most notably the rooms hidden behind the dungeon walls and the underground passageways found beneath the shrubs that you must light on fire with the blue candle. And if you notice from the cover above, the fist issued focussed specifically on the second quest, something I didn’t even know existed until I read the article back in ’88.

But reading back decades later, what I find surprising is the lack of ads found in each issue. I mean sure, one could argue the entire publication is essentially a way to sell more Nintendo products but for the fist ten years, Nintendo Power didn’t clutter its pages with outside advertising that would break up the magazine’s editorial content. Instead, Nintendo Power was reserved for Nintendo-based products only — and some of the ads (like the one below) are pretty ridiculous (but in the best way possible). 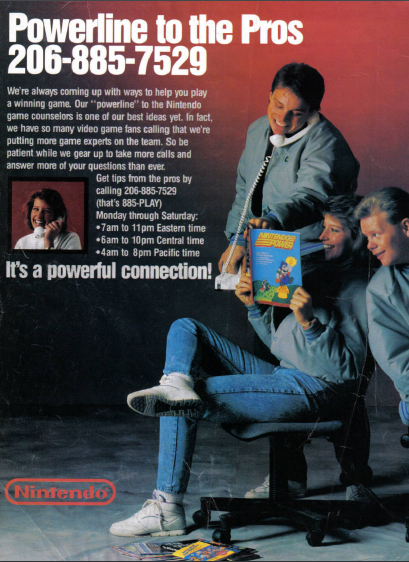 Counselor’s Corner was often the best part of the magazine, as it offered gamers tips and tricks to overcome the toughest opponents, most difficult levels and various roadblocks. It was like free therapy for those of us who were frustrated in trying to complete certain games. Not only did you learn how to beat specific levels and defeat some of the hardest bosses but it made you feel better about yourself knowing that other kids from around the world were having just as hard of a time beating the likes of Mike Tyson in Punch-Out!! and Queen Medusa in Castlevania. The first issue alone came packed with features including a spotlight on readers, a list of high scores and records to beat and even a celebrity profile. And then there was of course, Howard & Nester, a cartoon strip starring Howard Phillips, the President of the Nintendo Fun Club, and Nester, a snarky young gamer who thinks he knows it all. It went on to become a monthly feature and Howard Phillips became the de facto mascot for the magazine. 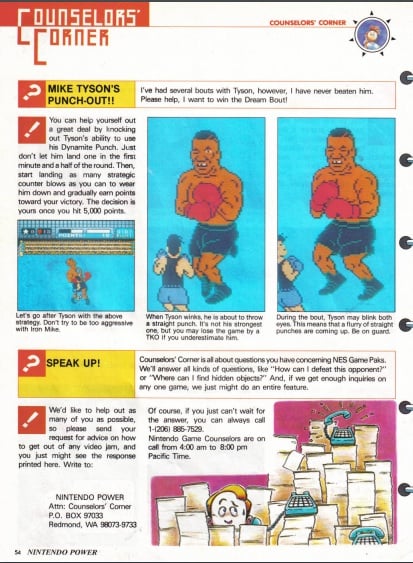 Nintendo Power also features a list of the top-rated games as voted by players which came in handy when trying to decide what game you wanted to buy next. Back in 1988, games were extremely expensive. We didn’t have cheap indie games that you can download on your computer for less than $10 and there weren’t any places where you could trade in your old games for store credit. And so as a kid, I wanted to be sure that whatever little money I had, I would spend on a game that I was sure to enjoy. Yes, Nintendo Power was a marketing vehicle, but as Tilden told Gamasutra,”the mission statement of the magazine was to help consumers to be more satisfied with their game purchases and ensure the longevity of that category. In other words, “the magazine was a component of marketing, but in a customer service way.” 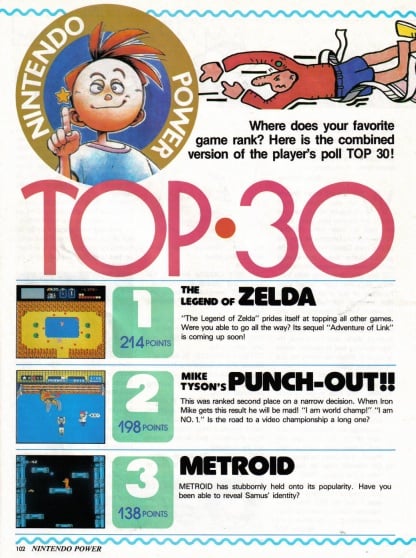 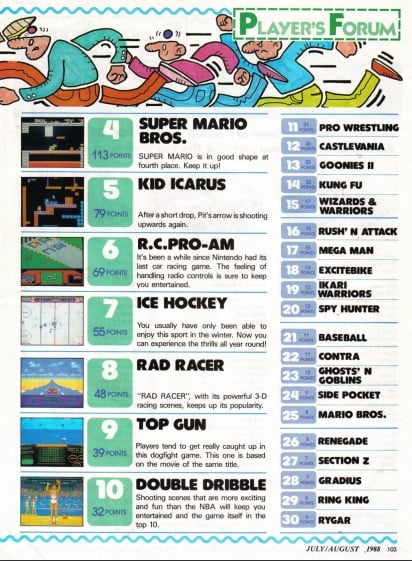 Tilden left the magazine to promote Pokemon in 1998, just when the Internet was a mainstream phenomenon, and print magazines began shutting down when they couldn’t compete with the minute-by-minute updates from online blogs. The final issue of Nintendo Power was published in 2012, with a cover that closely resembled the first leaving this old school gamer with a tear running down his cheek.

For more than 23 years the publication offered monthly coverage of Nintendo’s best and worst products and did it better than anyone else. A large bit of my childhood was spent buried in the pages of Nintendo Power and so I’ll always be grateful to the hard working folks who put it all together. 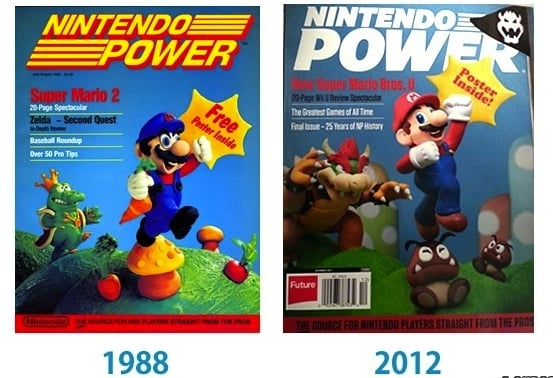