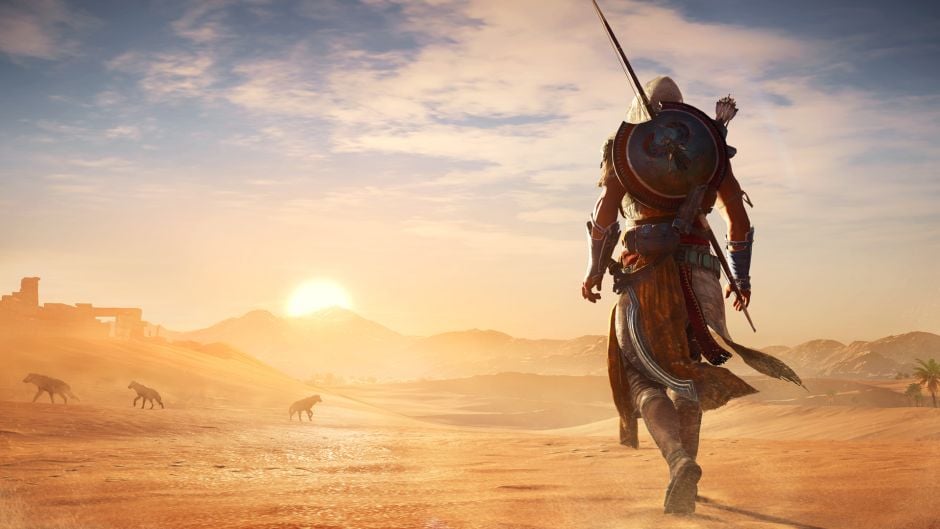 What to Expect From Assassin’s Creed Origins’ Discovery Tour

Recently, Ubisoft announced that they will be releasing a “Discovery Tour” mode for Assassin’s Creed Origins in early 2018, intended to allow players to explore their vast recreation of Ptolemaic Egypt without the stress of missions or enemies.

Assassin’s Creed is, as its name suggests, predominantly a game rooted in violence. Its mechanics and story have been founded in combat for a very successful decade. Yet they take place in elaborate and stunning historically inspired worlds, and it makes sense to have a way to centre these maps rather than sidelining them for the sake of fighting.

Take, for example, Assassin’s Creed Unity’s rendition of Paris’s Notre Dame cathedral. The huge building took two years of work to create, yet there is little incentive for players to truly appreciate the effort that was put into its creation by both twelfth-century architects and twenty-first century artists and game developers. It’s the site of an assassination mission, of course, and climbing to the top will unlock more of the map. But after that, a thousand other distractions – side quests, mini missions, enemies – are likely to steal away the attention of even the most interested player.

Discovery Tour will strip away these distractions, and instead offer the player freedom to roam as they wish, as well as guided historical tours created by professional Egyptologists. Assassin’s Creed has included real-world information before; long paragraphs of text buried within the menus, but this more interactive presentation is more likely to be engaging. It’s also likely to interest players who want to learn more about the real world inspirations for Origins after playing the game’s main campaign, but who don’t want to go to the trouble of buying or borrowing a jargony textbook. Better to watch a mummification happen on screen while exploring the room than to read it on Wikipedia!

Having an additional mode without enemies doesn’t only allow a better appreciation of the real worlds that inspire the games and their digital beauty. It can also create a calm space for exploration and relaxation. Assassin’s Creed’s worlds have always been expansive and gorgeous, and they’ve got something to teach about their historical inspirations, but it’s not the only series that could benefit from this kind of option. Games like The Witcher 3, Watch Dogs 2, Horizon Zero Dawn, and many more have vast maps that would be wonderful to wander around in without worrying about grave hags, rival gang members, or beast-like metallic machines.

And just imagine Breath of the Wild. That world was so vast that I left many corners of it unseen, yet I’m reluctant to go back and deal with samey bokoblin fights and needing to switch out weapons every few minutes. I wish that I had the opportunity to just take a walk on Satori Mountain or Hateno Beach; to forage for food, chat with the locals, and generally just relax and take in the scenery without anything trying to attack me.

By adding Discovery Tour (and difficulty options, another new addition to the franchise), Ubisoft has widened the appeal of Origins significantly. There are people like me who will enjoy both methods of play, but I’ll also be showing Discovery Tour to my family because I know they’ll enjoy exploring and learning without having to fight. Students will be trying to persuade their parents that it’s homework – and there’s a good chance they ought to be successful. Those who simply don’t enjoy combat, for any number of reasons, will be given an opportunity to try out an Assassin’s Creed game for the first time. All as free DLC, and without taking anything away from those who aren’t interested in a tourism mode.

Origins now proves that there’s no reason that vast, beautiful video game worlds must remain only backdrops for violence. They can also become places for learning, relaxation, and trying something new. And with luck, other games will catch on too.

Jay is a freelance games writer who loves inhabiting digital spaces in all their forms and being constantly surprised by just how weird and wonderful games can be. Most of the time, she can be found posting pictures of her dog on Twitter.