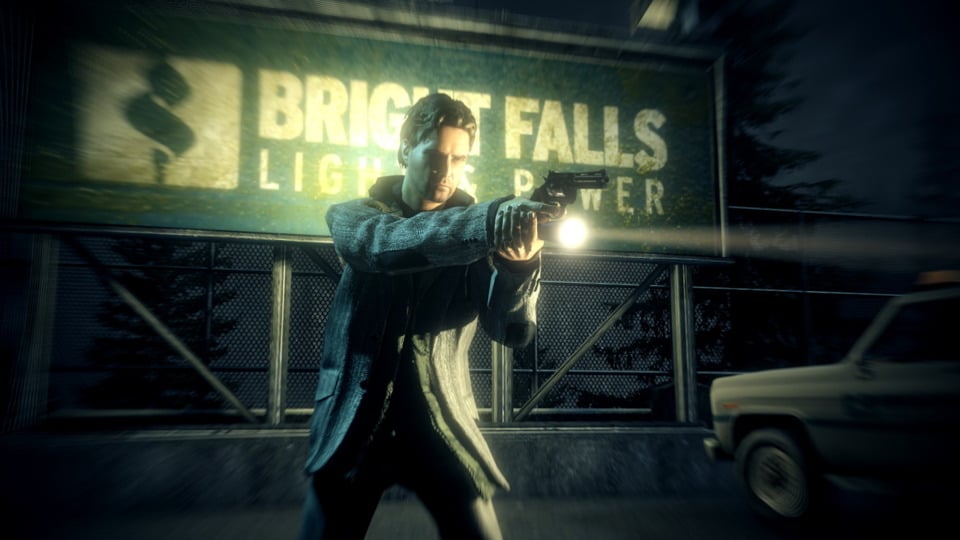 Will We Ever See Alan Wake 2?

Earlier this year, Remedy Entertainment took a stab at it’s third major franchise with the release of Quantum Break. The developer, who recently announced that they would be focusing on multi-player gaming for their next project, has had a long history with narrative-driven 3rd person shooters, though none of them have seemed to earn the kind of success that Remedy was hoping for.

While the Max Payne series did do reasonable numbers in terms of sales, the dev’s other signature property, Alan Wake, could never seem to make back enough money to justify it’s exorbitant development cycle of nearly six years. Though it was well-received critically, the best fans could hope for was a digital-only pseudo-sequel in the form of Alan Wake’s American Nightmare.

It’s a sad state of affairs, especially since Alan Wake was a bright light of hope for survival horror upon it’s original release, back in 2010. The Stephen King-inspired story of a writer awakening an evil force that he struggles to control, the Twin Peaks allusions and homages, along with the novel, original concept, made Alan Wake something of a breath of fresh air. 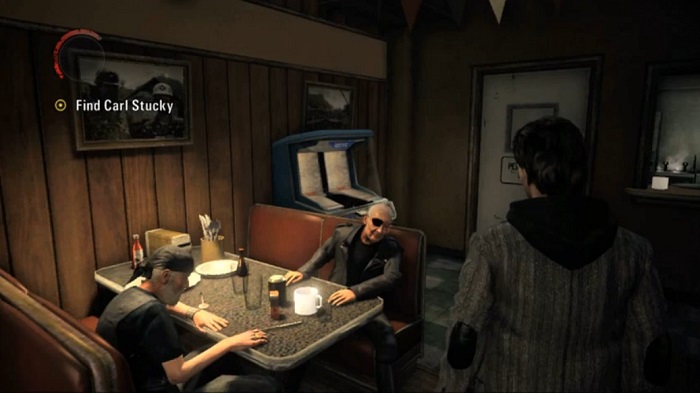 When the opening of your game features geriatric Viking metal musicians arguing about rock and roll, you know you’re onto something special.

It’s gorgeous lighting effects were a treat for the eyes, while it’s foreboding sense of atmosphere was able to re-introduce a sense of malevolent terror that many horror games at the time had abandoned for a more action-heavy approach. Alan Wake also boasted top notch visuals, with the graphics still holding up remarkably well six years later, and a timeless soundtrack (including the likes of David Bowie, Roy Orbison, Nick Cave and the Bad Seeds, and Depeche Mode) was just icing on the cake.

With all of that said, it’s truly a sad state of affairs that, despite reports earlier this year to the contrary, the Alan Wake 2 prototype has seemingly been shelved for the time being. But it could have been different…

Most gamers will recall a game called The Walking Dead, which released only 2 years later as an episodic series. Since then many games have adopted this style to release their content to the gaming public in small manageable chunks, while using the profits from each episode to help fund and improve subsequent installments. Life is Strange and The Wolf Among Us are only two recent examples of such games that came out on the end of the year lists for dozens, if not hundreds, of sites in their respective years of release. 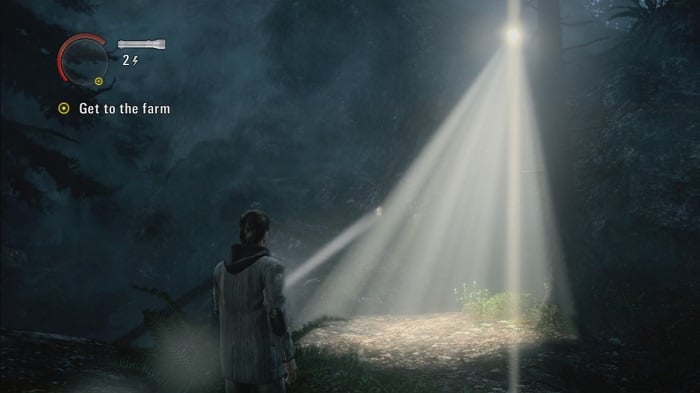 Few games give light the same beauty and power that Alan Wake does.

What does all of that have to do with Alan Wake? Well, as anyone who has played the title will no doubt already know, the game was broken up into 6 distinct chapters, each telling a 2-3 hours chunk of the story before ending on a cliffhanger. The format was so essential to the style and presentation of the game that each episode actually ended with it’s own special music, while each subsequent episode would feature a “Previously on…” opening sequence which explained the story thus far.

It’s two DLC chapters, The Signal and The Writer, seemed to be Remedy’s way of putting a toe in the water for the idea of DLC episodes, and the aforementioned American Nightmare was certainly another step in that direction, but for anyone to invest in those titles, they would have had to plunk down the dough for the original game itself.

Imagine, if you would, an alternate reality, where Alan Wake was instead released as 8 individual episodes for something like $5 each, or all 8 for $30. Sure it would have been a gamble for such an expensive game, but if that model has shown us anything in hindsight, it’s that the first big game that released in that format, The Walking Dead, did fantastic numbers. 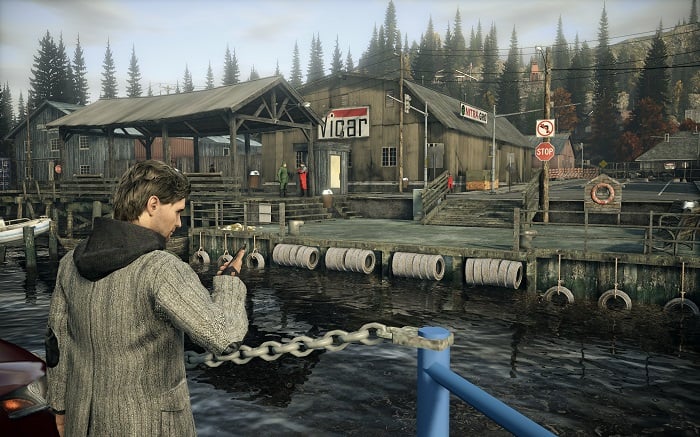 Alan Wake’s fantastic setting and adept use of atmosphere make it a truly memorable experience.

Not only that, but subsequent episodes of The Walking Dead were actually vastly improved as the series went on, due to fan feedback. The same thing happened with Life is Strange, and Alan Wake definitely would have benefited from some fan feedback during its development cycle. As many critics noted, the samey, repetitive combat was probably the only real downside to the whole package, and that could have been improved and diversified, making for an all-around better game.

In this alternate reality, it would have been Alan Wake that got all the glory as the first major digital-only episodic release, and what a beautiful world that would be. As it stands, though, a new Alan Wake won’t see the light of day for a great many years now, if ever.

Still, one supposes that gamers who backed the likes of failed franchises such as Beyond Good and Evil, The Darkness, and yes, Alan Wake, should be happy that they even got a chance to play such original concepts to begin with, even if they might never see the light of day again, and the very fact of their failure makes further new properties on such a scale even less likely than they already are.