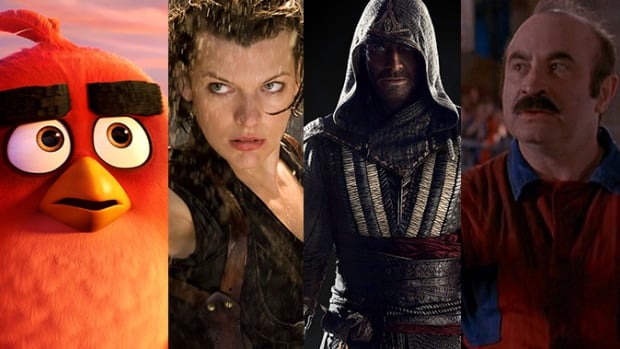 Photo from Rovio Entertainment.
The best video game movie adaptation is often debated between ‘The Angry Birds Movie’ and ‘Prince of Persia: The Sands of Time.’

Video game movie adaptations traditionally get panned, with the very best examples of this sub-genre being Prince of Persia (2010) and The Angry Birds Movie (2016); two films that are by every definition of the word, average.

But when was being average anything to brag about? When the bar is set low enough, it is. That being said, with video game movie adaptations, there hasn’t exactly been enough material to really set a proper bar at all. A casual look through IMDB will reveal reveal a measly 33 international video game movie adaptations, and it all started with 1993’s Super Mario Bros., a legendary flop plagued by in-fighting on set, and a severe lack of direction as to what the film should be.

Fans and critics alike despise this movie, as it garnered a measly 15% on Rotten Tomatoes and alienated fans of the acclaimed platformer it was based off of, but many forget that this served as a genre-defining work. Photo from Universal Pictures.
Some video games have long campaigns that don’t translate well into film.

Nobody had ever released a successful live action movie adaptation of a video game, and the filmmakers were rightfully baffled. In 1993, games either had little to no story, with focus on gameplay, or stories that were so long there was no way to properly adapt them to film. A feature film should run in between one hour thirty minutes and two hours, and some games had campaigns that lasted for over ten hours! Photo from Screen Gems/Constantin Film
2002’s ‘Resident Evil’ established the most successful video game movie adaptation franchise of all time, which has a sixth film due 2017.

It didn’t get easier after Super Mario Bros. For the next two decades, video game movie adaptations continued to struggle to convert interactive experiences into passive narratives. The sub genre experimented, with titles like 1994’s Street Fighter, 1995’s Mortal Kombat, and 2001’s Lara Croft: Tomb Raider, where they found some success in the action movie sub-genre.

It seemed the best fit, as many games were heavily action-oriented interactive experiences, but none of these films were critical darlings. In 23 years of video game movie adaptations, every single one of them has had some issues with the story aspect, which is all a film really is; a narrative communicated through moving pictures.

2002’s Resident Evil pushed the boundaries, as it paired a game with an excellent narrative (for the time) and a sub-genre that was still fresh: zombies. Still by no means perfect, Resident Evil put an anti-corporate spin on the zombie genre and paired it with good action, and as a result, tripled its money. Resident Evil proved itself as a movie franchise, and has a fifth sequel in development, the most of any movie franchise based on video games. Video game movie adaptations have been largely experimental in 23 years, and rightfully so. Nobody wrote the rules for this sub-genre of film, so they had to be created slowly, through trial and error, and gradual improvement is being made. Recent titles like Hitman: Agent 47, Need for Speed, and Warcraft, might be dull and uninspired, but they far exceed titles like Alone in the Dark and Mortal Kombat: Annihilation that we got previously. Through trial and error a loose set of standards has been formed for this type of film, standards that will hopefully be refined as it goes forward with projected titles Uncharted and Sly Cooper.

For 23 years, it has been the wild west for video game movie adaptations, and the best these movies could hope to be was a dumb summer blockbuster to please the masses, but there are signs that the sub-genre is growing. It wasn’t so long ago that video games themselves were hit or miss, simple, and struggled to connect with consumers. Video game movie adaptations are slowly moving out of their Atari phase of development, and are ready for the glory days of the NES, hopefully without a market crash in between.