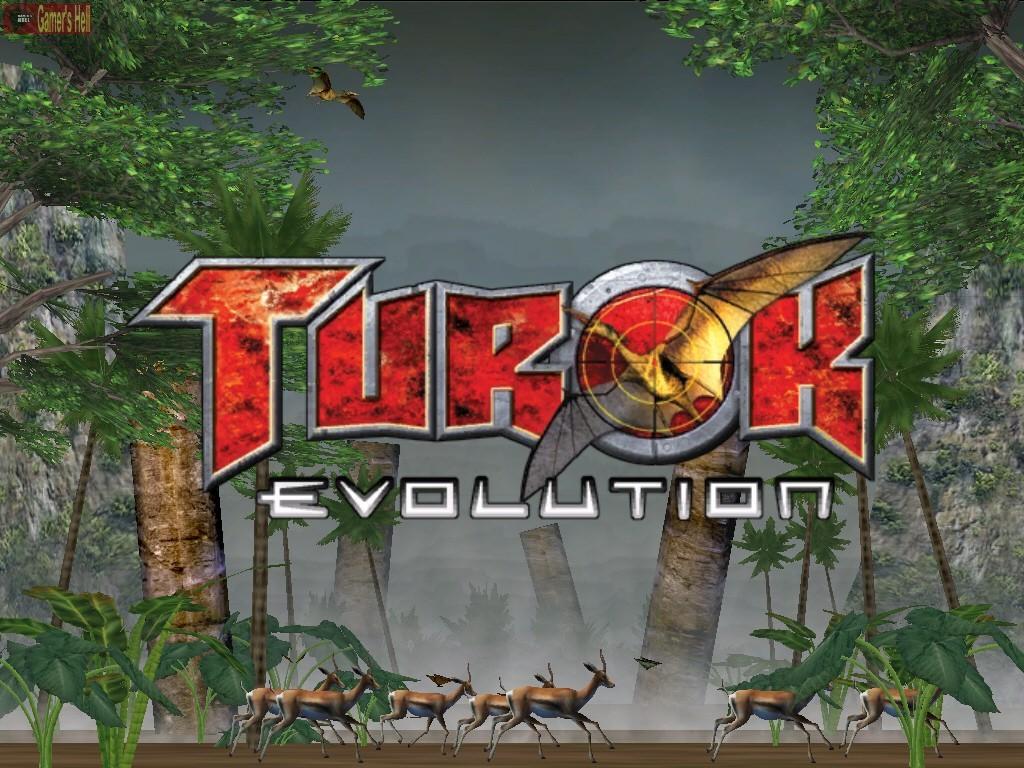 Turok: Evolution is a First Person Shooter from 2002 and the fifth game in the Turok series. More importantly, Evolution is the first entry in the dinosaur hunting series to be released outside of the N64 and PC markets, and into the sixth generation of consoles. A lot changed between the original Turok and Evolution, and this is where problems began for the series.

While the N64 Turoks were well-received and influential games, they didn’t really need to be much more than playable to find success. The original four games only had two competitors on Nintendo’s console, Goldeneye and Perfect Dark; though unable to outdo Rare’s effort, the Turok series won an easy third place.

By comparison, Turok: Evolution couldn’t have been less lucky, having to go shoulder to shoulder with the many console shooters of the new generation: console shooters like TimeSplitters and Halo, as well as ports of Unreal, Castle Wolfenstein, and Half-Life. Releasing early in the consoles’ life cycle, Turok: Evolution had neither the first-party support of Halo, nor a generous deadline to get comfortable with the new hardware. Turok flopped, and its own sequel was cancelled . But can this competitive environment explain why Evolution was such a departure from the rest of the series?

What changed from Turok to Turok: Evolution

One of the biggest changes from Turok to Turok: Evolution is the story. While the original trilogy had clear characters and an overarching plot, being even an early adaptor of cutscenes, Evolution feels like a dozen generic levels stringed together. Cutscenes are rare, and the only context we get for our actions often boils down to loading screen narration and radio messages.

Evolution is a prequel to the first Turok. It’s the story of how Tal’Set became the first legendary dinosaur hunter. We even get to see him before the start of his adventures, when he was just a member of the indigenous Saquin nation of New Mexico. It also explains how a person from the 18th century ended up fighting dinosaurs in the first place: by traveling through time and space with the genocidal Southern army Captain, Tobias Bruckner. Don’t worry, Tal’Set kills him in the end.

Now, while this is all very cool and good, Bruckner only appears in the intro cutscene and in the final level, making a short reappearance towards the mid-point to reassure us he’s still the bad guy. Very little is known about him, other that he has nothing to do with almost every level we go through.

Overall, few of the games’ levels have any relevance to the main plot: all we seem to do is aimlessly run until we stumble into the final confrontation. Sometimes we aimlessly Fly, too! Some of the longest strings of levels feel like side quests, infiltrating a base to free prisoners or entering another to steal some documents. They’re like the filler levels of old World War 2 shooters but without even the context of a historical conflict.

After randomly stumbling into Bad Guy Bruckner, we learn of our enemy’s plan to take over an allied city. We decide, sensibly, to blow up that city. The enemy responds with a mech, which we also blow up. Only then do we finally confront Bruckner, as if the game had forgotten who the villain was.

Tiny Levels for a Tiny Game

As you might have noticed, not even the game’s ending makes that much sense. But after all, few classic shooters have realistic levels or a reasonable plot. And if those levels aren’t built for story then they must be pretty fun to shoot through, right?

Let’s get this over with now: those levels aren’t fun. They’re not interesting to navigate, they don’t look inspired or unique, and they don’t make for interesting shooting galleries. Another large change from Turok to Turok: Evolution, our sequel looks like a PC shooter that had to tone down its design for consoles. In reality, this is what an unprepared console shift looks like.

Just like the levels themselves, the enemy encounters have also become more linear than before. We can attribute this to two causes: the broken AI, and the low enemy variation. Enemy soldiers get stuck behind cover or refuse to move when shot at from afar. Sometimes they jump in front of the player, in a sort of solitary charge, only to get hit once and spring back into cover.

The smaller the level, the easier it is to ignore their janky behavior, but another issue plagues the enemies regardless. While the series’ roots have a mix of dinosaurs and human soldiers, almost every enemy is now armed. And while melee enemies require simple logic, the AI of Evolution needs to work really hard just to not overwhelm the player, like waiting at a certain distance before attacking. This results in the broken AI and the simpler levels to accommodate their logic, killing the game in the process.

Should you play Turok: Evolution in 2022

So much changed from Turok to Turok: Evolution, you won’t even recognize their common protagonist. If you missed out on playing mediocre shooter on PS2, or if you can’t wait to ruin your childhood memories of the game that got you into FPSs, then, by all means, play Evolution. But if you value your time, or you want to see your childhood memories be surpassed by the real thing, play the original Turok and its sequels instead.

Turok: Evolution is technically available on GameCube, Xbox, PC, and PlayStation 2, but the PC port is broken and the PS2 version is the second worst one. Hopefully, you’ll have a Wii or an Xbox 360 with retro compatibility laying around. If you don’t, take it as a sign from the heavens and forget about this game.