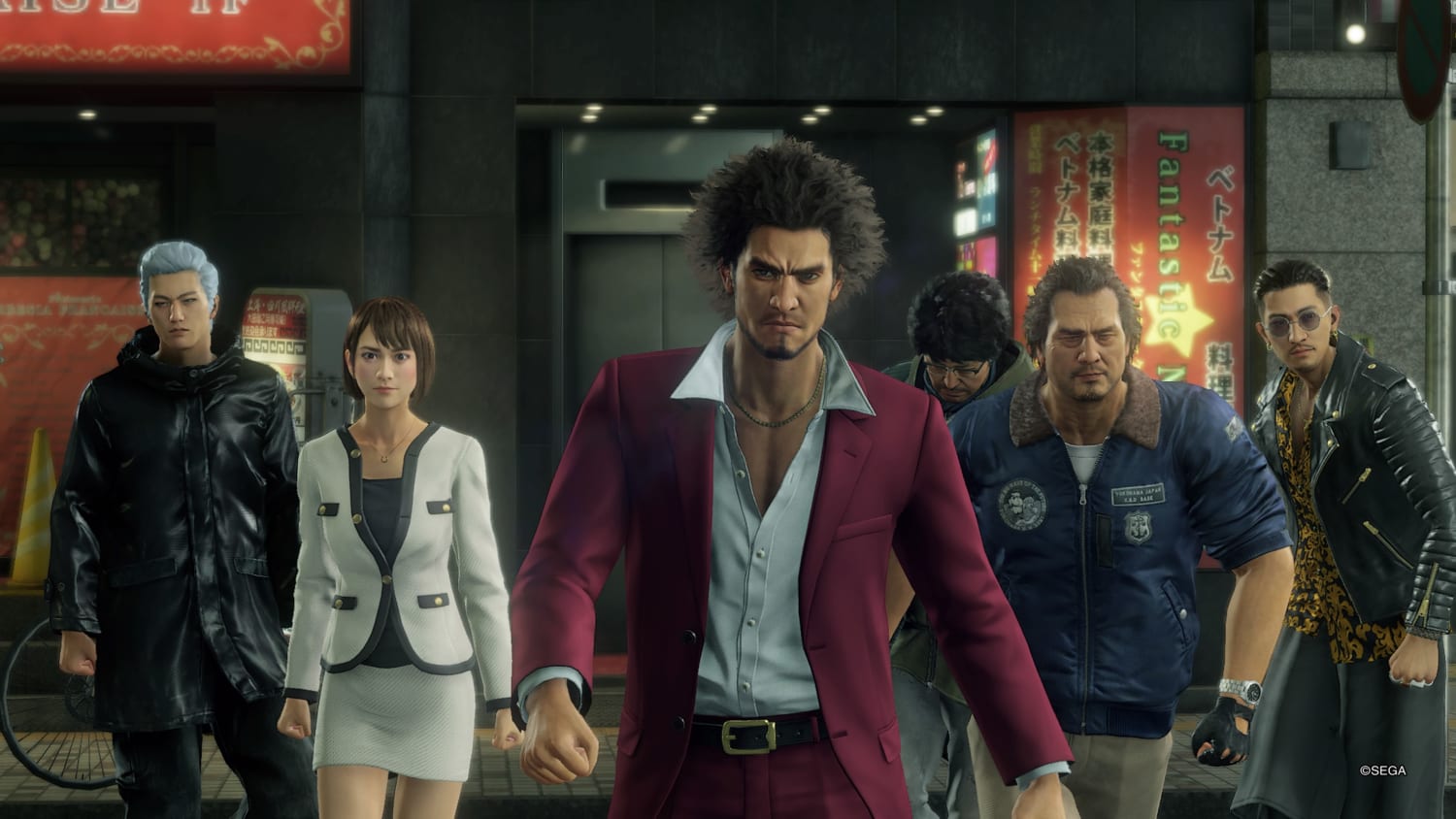 As the eighth main entry in a long-running and successful franchise known for focusing mostly on the same playable protagonist, Yakuza: Like A Dragon had a lot to live up to. It had become necessary to change the protagonist following the conclusion of series staple Kazuma Kiryu’s story in Yakuza 6: The Song of Life, and with that came a number of other changes to the formula including massive changes to combat mechanics as well as evolutions to the method of storytelling.

These changes and more can be linked back to the new protagonist Ichiban Kasuga, whose personality and attitude are noticeably different from that of Kiryu. Within minutes of being introduced, Ichiban comes across as a lovable goofball without an ounce of ill will in his soul, always striving to selflessly help those around him with boundless enthusiasm and a smile on his face. Ichiban is the embodiment of everything that makes Like A Dragon such a fresh and compelling entry in the franchise, and his personality reflects this.

Fans of the franchise will be quite used to Kazuma Kiryu’s stoic and seemingly unemotional attitude, and even though the character has a remarkable emotional range this is usually reserved for the most dramatic and tragic story moments. Ichiban, therefore, creates a stark contrast to this by being a generally much more wholesome character who has absolutely no issue showing his emotions at any given time.

The game’s party system means that Ichiban’s friends are always close by; he gets plenty of opportunities to let them know just how much he appreciates them, and never hesitates to do so. He wears his heart on his sleeve, always tries to look on the positive side of any given situation, and loves having a smile on his face as he goes about his daily life. He also has a highly compelling goofy side to him, with his upbringing focusing on his love of the Dragon Quest games and him having always wanted to grow up to become a hero as a result. His friends find this initially questionable but it quickly becomes a hugely charming element of the game’s story that perfectly ties together a number of key themes.

Once again contrasting Kiryu’s story, Ichiban has no issues accepting help from others and, far from having all of his strength come from within, he is capable of great feats precisely because his friends are right there by his side supporting him. This is by no means a criticism of the previous Yakuza games – it’s instead simply a different approach to storytelling, and couldn’t have been possible without the other major changes that Like A Dragon made to the franchise’s formula.

The change to turn-based JRPG combat is a bold move, but it is one that ultimately pays off magnificently because of how well it ties into Ichiban’s personality. In pursuit of becoming the hero he has always wanted to be, Ichiban begins to see the world around him in a different light. Before the player is properly introduced to the combat system, Ichiban first discovers a baseball bat stuck in the ground and, through a bizarre but wholesome thought process, he decides to pull it from the ground as if it were a scene from Arthurian legend to prove his worthiness as a hero. From there the stage is set and Ichiban’s journey as a hero can begin.

The turn-based combat in Like A Dragon certainly leans on the wacky element of the franchise, and this is also explained through Ichiban’s perspective. Due to his excitable nature and overactive imagination, when he enters a fight he sees the enemies dressed head to toe in goofy outfits and wielding absurd weapons, and this is how the player sees combat – through Ichiban’s own eyes. It’s amusing to think that as the player is fighting oiled-up perverts with crowns on their heads or mad scientists with electricity powers straight out of Star Wars, his party members aren’t seeing any of this at all and must be slightly concerned about how invested Ichiban is getting in this whole endeavor. It’s a supremely clever way to tie together story and gameplay, allowing for some truly absurd enemy designs while keeping it grounded in reality by making it the perspective of an overexcitable goofball protagonist.

The themes of the story are mostly centered around friendship, overcoming adversity, and the difficulties of maintaining a positive mindset. Without heading into spoiler territory, Ichiban’s trust in others is routinely put to the test and he faces a number of hardships, but his overwhelming response in almost every situation is to maintain his integrity and continue facing the future not only with a smile on his face but with his friends by his side also. It is an entirely new brand of wholesome storytelling that the Yakuza franchise has never done before, culminating in some intensely emotional moments where Ichiban pours out his heart with gut-wrenching results.

Because of his unwavering kindness and goofball attitude, Ichiban is incredibly easy to root for, and seeing him undertake the heroic journey of his dreams and overcome the hardships of the world around him brings immense joy to the overall experience. Additionally, the game focusing on a party of characters allows a great many opportunities to explore Ichiban’s relationships with those around him, further adding to the wholesome nature of the story as well as more easily fleshing out Ichiban as a character.

It is precisely because of the change to JRPG combat and also because of Ichiban’s personality that a new type of story is able to be told for the first time in the Yakuza franchise. The games have flirted with the idea of having a party of protagonists before, such as in Yakuza 4 and Yakuza 5 which both feature a variety of player characters, but these are still in their own designated story sections and the ensemble only comes together right at the end.

In Like A Dragon, your party is there by your side at almost all times, and as a result, the themes of the story have changed somewhat. Instead of Kazuma Kiryu being able to solve all his problems by going alone and punching them in the face repeatedly to save the ones he loves, Ichiban loves having help by his side and his mischievous band of friends is both well-written and ultimately quite memorable.

Players familiar with the Yakuza franchise certainly couldn’t be blamed for having potential concerns about the major changes that Like A Dragon made to the franchise formula, but it’s become clear that by introducing Ichiban Kasuga, a protagonist not meant to replace Kiryu but rather to provide a uniquely different story experience, the franchise is in safe hands. Ichiban’s outlook on life is both refreshing and compelling, and the cast of characters introduced alongside him form an excellent foundation for whatever comes next.

Undoubtedly there will be a sequel to Like A Dragon, though nothing of the sort has been announced as of yet, and when it does happen it will cement Ichiban as the new face of Yakuza. Just like Ichiban’s own outlook on life, the Yakuza series is surely heading towards a bright and hopeful future.