You would be forgiven for mistaking Fist of the North Star: Lost Paradise for a Yakuza mod – something which is simultaneous to the game’s credit and detriment, depending on how you look at it.

Developed by the team behind the cult classic Yakuza series, now verging on major mainstream success in the West, Ryu ga Gotoku Studio has offered up an interpretation of the legendary First of the North Star mythos in the form of a spin-off, in a way only they could, all told as a parallel adaptation of a certain point in the canon that doesn’t require prior knowledge of the franchise.

But, there’s no beating around the bush with this one: Lost Paradise is more Yakuza than it is a stand-alone Fist of the North Star game.

That’s not to say that the endeavor to honor Fist of the North Star is completely lost here; in fact, it might be the best take on its source material in the form of a video game we’ve ever had. Yet, the sensibilities of Yakuza, whether gameplay or storytelling, override anything similar to how things would play out in an actual Fist of the North Star story – anime or manga.

How the map is laid out, the combat, mini-games, and interactions with NPCs, are taken directly from Yakuza, with little to no change in making any of it feel exclusive to Lost Paradise. It’s just a facsimile of how things would play out in a Yakuza title.

This isn’t always a bad thing, as Yakuza games are tremendously fun to play, but the method of delivery in Lost Paradise makes the whole experience feel like a watered-down version of that when it should feel like an over-the-top madhouse, appropriately unique to something like Fist of the North Star.

The flesh is all there, so to speak, but there is little to no soul – a problem more readily apparent when Lost Paradise’s blandly conveyed, lengthy cutscenes and dialogue montages are interlaced with flashbacks to plot-lines from the show and manga. It’s a strange, lazy exercise in tying the game with its source material, one that falls flat without any kind of impact. These “reminiscing” moments remind me more of how tie-in licensed games on the PS1 would cut to scenes from a film. 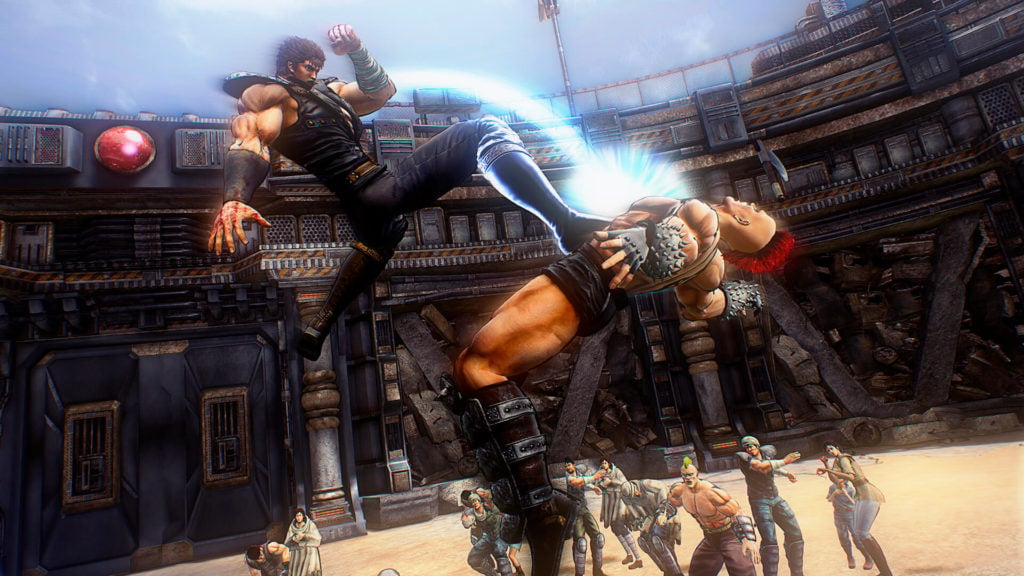 If you’re a fan of the Yakuza series, you can wring enjoyment out of the game’s combat, where, unlike Kiryu, you can have at your foes and murder them into oblivion, telling them that they’re already dead, in true Kenshiro fashion. (Side-note: The English release is dubbed but an option to switch to Japanese audio is available, which I highly recommend, for optimal ATATATATATATATATAT action)

While the combat never feels as polished or realized as a modern Yakuza title, it can be deceptively complex at times.

The utilization of Kenshiro’s quick-time based Hokuto Shinken techniques seems awkward at first, but adaptation to it doesn’t take all too long, and a level-up mechanic keeps the secret technique interesting. There is an emphasis on improving your combat by doing more of it, and this can be rewarding if you don’t mind the monotony of it.

You can also “collect” your enemies’ death-cries of agony. Sometimes you can even pick up physical manifestations of their cries in manga form and beat them with their own cries. Now that’s hardcore.

Mini-games and sub-stories are abundant: everything from healing patients at a clinic as a rhythm game, to using martial arts to make cocktails for bar patrons, running a hostess club (Yakuza, after all) to take on hordes of enemies in a gladiator ring. Just like Yakuza, there’s a lot to keep you occupied in Lost Paradise if you’re tired of the game’s narrative at any point.

You can also take out a buggy and cruise around the wasteland, but this is possibly one of the worst aspects of the game. With the driving feeling more like something from Sonic 06 and less like Mad Max, avoid this at all costs 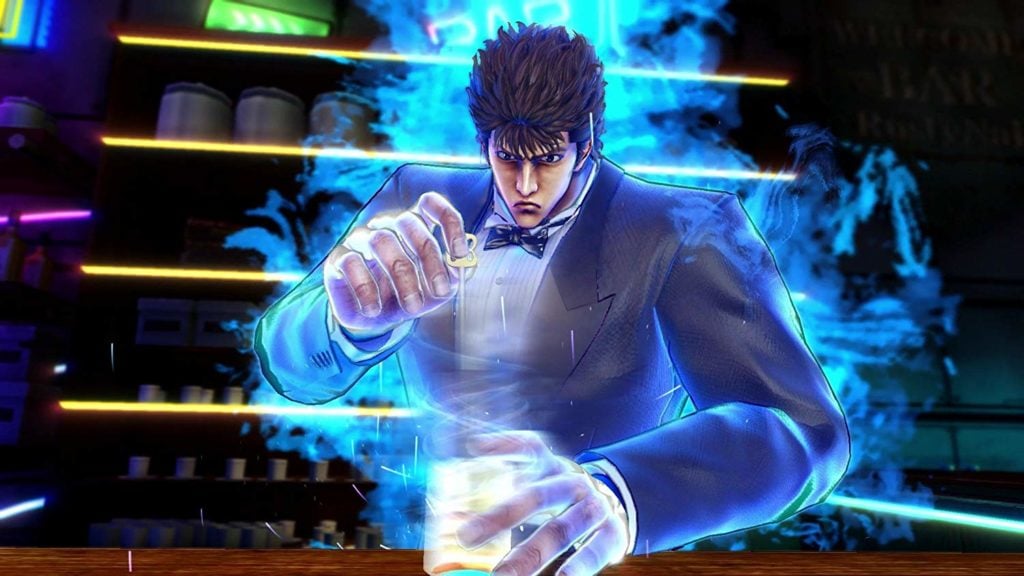 In a world of Batman Arkham, Marvel’s Spider-Man, and the aforementioned Mad Max game, Lost Paradise seems like it’s from a bygone era where studios still hadn’t figured out how to adapt licensed properties into titles with their own standalone identities.

But, at the same time, Lost Paradise is a fun game that will keep you occupied for several hours due to the effort put in by Ryu ga Gotoku Studio, who under most circumstances, know how to make games that are a delight to play, and put a smile on your face. Just don’t expect anything more involved than a basic recreation of the most rudimentary elements of Yakuza.