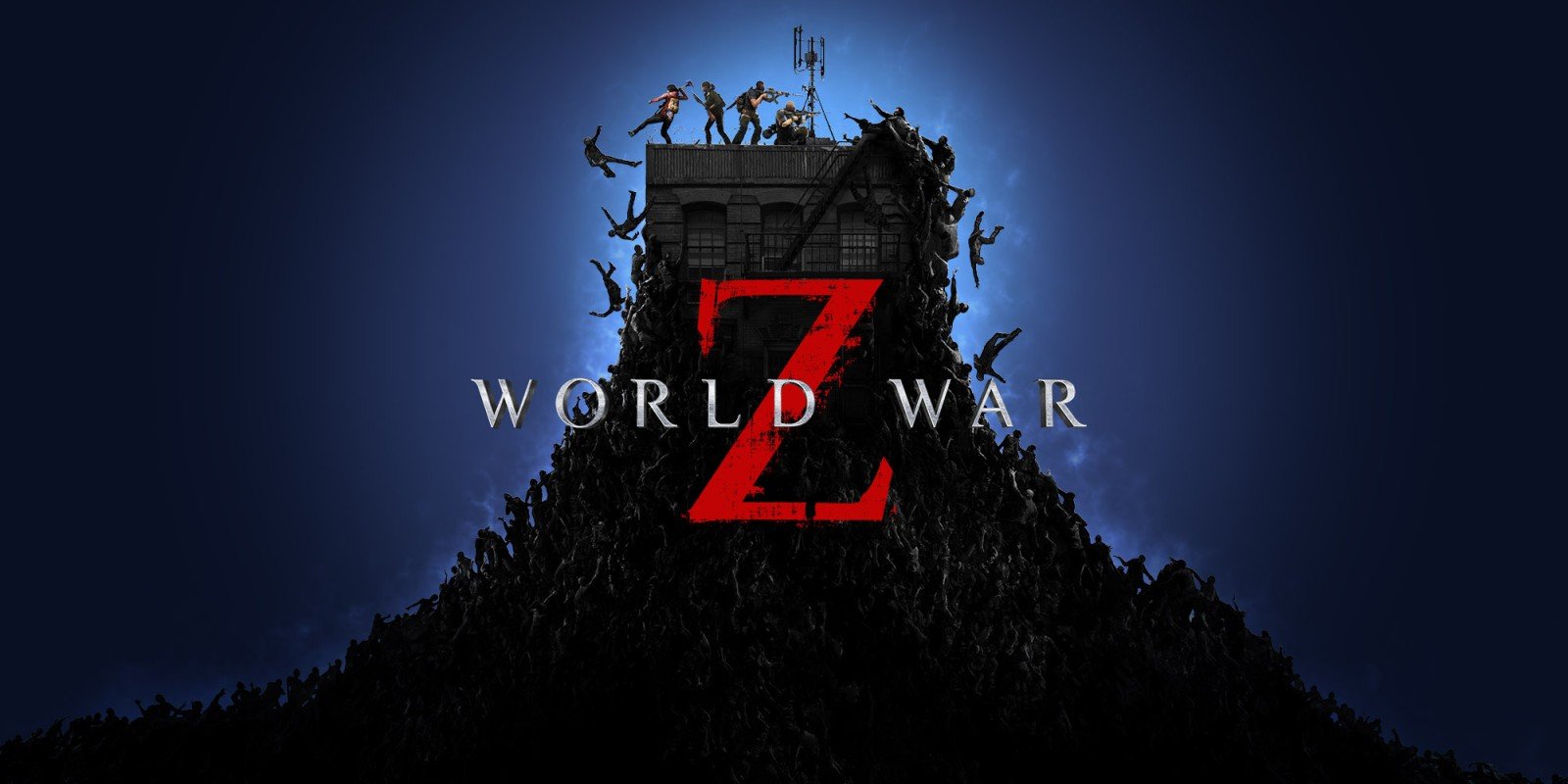 Two years after its first release, Saber Interactive’s World War Z has hit the Nintendo Switch with a soft whimper rather than an explosive bang. The Nintendo Switch port offers nothing more than the base game on consoles and PC as its performance struggles to keep up with its older counterparts. Even then, despite its noticeable shortcomings — and there were plenty to begin with long before the Switch port even came to fruition — there is still a fun time to be had with World War Z.

In terms of how it plays, the Nintendo Switch version of World War Z does not differ all that much from its companions. It is not too difficult to adjust to the new control scheme, especially in comparison to playing on either the PlayStation 4 or Xbox One’s controller. The developers have clearly done their best to replicate the World War Z experience with the Switch’s hardware in mind. Their efforts were not in vain as the transition is certainly one of the more seamless aspects of the port.

That being said, the gameplay itself is rather generic. There is one major set-piece per level such as a massive ship, a desolate army base, an abandoned hospital, or something in the ballpark of the apocalypse genre. The player teams up with randoms or friends (or by yourself with bots if you’re brave enough) and chooses their weapons, before setting out to build up defenses, face a herd of zombies, move on to the next major set-piece to face another horde of zombies. You then rinse and repeat until you finish the campaign.

It is everything that Left 4 Dead already did twelve years ago, except its inspiration executed those ideas far more efficiently. Even down to the “special” infected — such as the Bull, the Gasbag, or the Lurker — that you encounter throughout the game, which look dreadfully similar to the Left 4 Dead “special” infected, except they die much quicker and so they aren’t half as interesting or intimidating. The inclusion of choosing your class and ranking up with different skills per class- and being able to choose between classes at will- is a definite bonus but it doesn’t make up for the bland run and gun nature of the game.

However, that is a point aimed at the game as a whole rather than just the Switch port. In terms of gameplay purely within the port, the developers made the transition incredibly smooth. This allows for many of the gameplay elements to be maintained on the Nintendo Switch, which could not have been an easy task.

Though you might find yourself waiting in a lobby for a while playing on the Switch, the online elements are pretty decent as long as you find yourself with a helpful team. The campaign can be played in single-player mode too but multiplayer is advised if you want to actually make it through a match alive.  The game is likely a lot more fun when you team up with friends to play but World War Z still has its merits even if you don’t know the people you are playing with.

The AI teammates, however, are about as useless as it’s possible to be, blindly following one person around and shooting the enemy only when they feel the need. Despite this, there is definitely a lot of fun to be had if you find yourself with a team who work well together. Unfortunately, the fun doesn’t last as long as it does in the games that World War Z is desperately trying to be–most notably the aforementioned Left 4 Dead — and so (unless you’re an absolute super fan of this kind of game) don’t be surprised if you find yourself growing bored very quickly.

Unfortunately, the graphics of World War Z‘s Switch port did not get that smooth transition the controls and gameplay have. One of the main selling points of the World War Z game was the number of zombies that are able to be on the screen at one time. If you’ve seen the film, then you’ll recognize the undead pyramids that the zombies will form in the game as well as their massive swarms. This is certainly impressive to watch- and surprisingly intimidating too- but in comparison to the smooth movements that are seen in the PC version, the Switch version looks akin to a PlayStation 2 game at times.

This graphical issue is not something to be held against the game per se as the Switch just doesn’t have the processing power to maintain these kinds of graphics. However, it begs the question: why did World War Z need a Switch port in the first place? It is understandable if the goal is to make the game as accessible as possible to everybody by having it on every platform. However, if this port was only done for monetary reasons, then it really does not seem worth it. The lackluster graphics completely diminish any epic moments and almost turn them into a joke as pixelated and blurred zombies start piling up on one another, rendering the serious horror scene into little more than a laughable mess.

All this being said, Saber Interactive did as well as they could bringing such a large game onto a console that it really wasn’t designed for. These issues aren’t a constant and whilst it does take you out of the moment slightly, it doesn’t ruin the experience entirely and for that, they have to be commended.

There are bugs aplenty to be had with the Switch version, but again, this isn’t a criticism that can be aimed at the Switch version alone but it is one that did not get much of an overhaul with this new port. Zombies glitch in and out of walls, fellow players forget how to use their running animation, and huge swarms suddenly become tiny groups of the undead when their brethren disappear suddenly. Technical hiccups might be expected due to the Nintendo Switch running its little heart out to try and keep up but glitches are no less frustrating, particularly when you encounter the same bugs across platforms.

One big issue that popped up was the sound. Using the PC version as a comparison, the sound is crisp and clear. You can hear the characters perfectly as well as the undead nightmares chasing you relentlessly. The rumblings and frightful groans of an approaching swarm can’t help but strike a little bit of terror in your heart. However, these sounds are reduced to PlayStation One Resident Evil zombies in terms of sound quality, just nowhere near as frightening. The looping groans evoke nothing more than laughter whilst the distorted and often muffled character voices are even more infuriating than their regular drab dialogue. As mentioned, technical problems are by no means reserved for the Switch port alone but they are indeed still as frustrating as they were when the game was released two years ago.

This is a point that relates to the game as a whole, not just the Switch port. One of the most irritating things about World War Z is the wasted potential considering its source material. The same could be said for the 2013 film adaptation which the game is mostly based on with only a bit of the book material used incredibly loosely. The 2006 World War Z novel by Max Brooks has so much potential for an interesting film, television series, or game, and yet in both instances, this potential was squandered in favor of another completely generic zombie franchise.

World War Z would have benefitted from being a narrative-based game, but it also would have been better off basing itself on the actual book rather than the film adaptation. The only element taken from the books is the jumping from country to country and following the perspectives of survivors across the world (which the film does in a very minor fashion as it follows only Brad Pitt). Other than that, there is nothing here to give World War Z even the slightest hint of personality or individuality as a game. It borrows heavily from other games, taking bits and pieces from various shooting games and zombie titles but relying heavily on the Left 4 Dead formula. Once it brings all of these pieces together, you end up with a tepid zombie shooting game–a game that may have its moments, but these moments hardly have enough staying power to be remembered.

The Nintendo Switch port of World War Z does not feel entirely necessary but neither did the original game’s existence to begin with. At its best, it offers fun when shooting zombies and blowing things up. At its worst, though, it is a shameless clone that fails to deliver a long-lasting entertainment factor like its inspirations. Even if it manages to maintain the gameplay and mechanics, the Switch version unfortunately wipes away many of the technical successes that the game previously had on consoles and PC when it launched. The mindless entertainment can only last so long before you find yourself becoming a part of the brain-dead horde you are shooting at, after all.