To be honest, this is exactly the best way to describe it. It’s certainly about people playing with a baseball and a baseball bat (although, they aren’t playing Baseball) and you certainly do destroy stuff. Unfortunately, I also find that I “don’t give a damn” about it either. It’s a shame, as USBB is not a bad game. It is far from it in fact, but USBB‘s main downfall is that the game does very little to command your attention and does even less to keep you coming back for more. 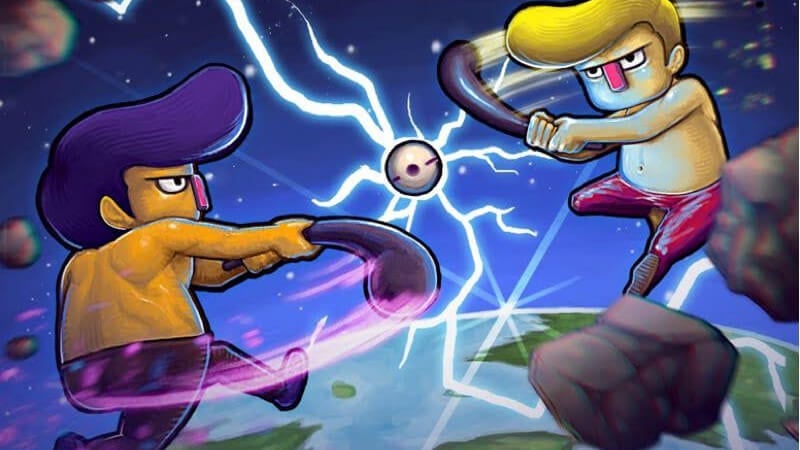 Destroy Stuffs… and Don’t Give a Damn

When beginning the game, players are immediately struck by USBB‘s art style, which is inexplicably eye-catching. Close up, the colors, the characters, and the backdrops are bright and interesting. Under closer inspection, you realize the game’s characters fall more under mundane and fruitless rather than brilliant and distinct. This is because these characters are slotted into the standard serotype formula such as; ‘computer geek’ with big glasses and/or with a book in hand, ‘Italian American’ with slicked-back hair… you get the gist.

USBB‘s color scheme is a splattering of saturation, mainly consisting of purple and black. Set among this is the somewhat retro, pixelated art style. As a gamer who is a fan of this type of approach, I surprisingly found it dull and repetitive after playing a few rounds. This is because the retro-style artistic theme overall feels overdone and uninspired, especially taking into account the number of stereotypes used. Not only is this tiring on the eyes, but ends up drawing no emotion from the player, which is important for replayability.

The gameplay in USBB is slightly more engaging, even if it is short lived. 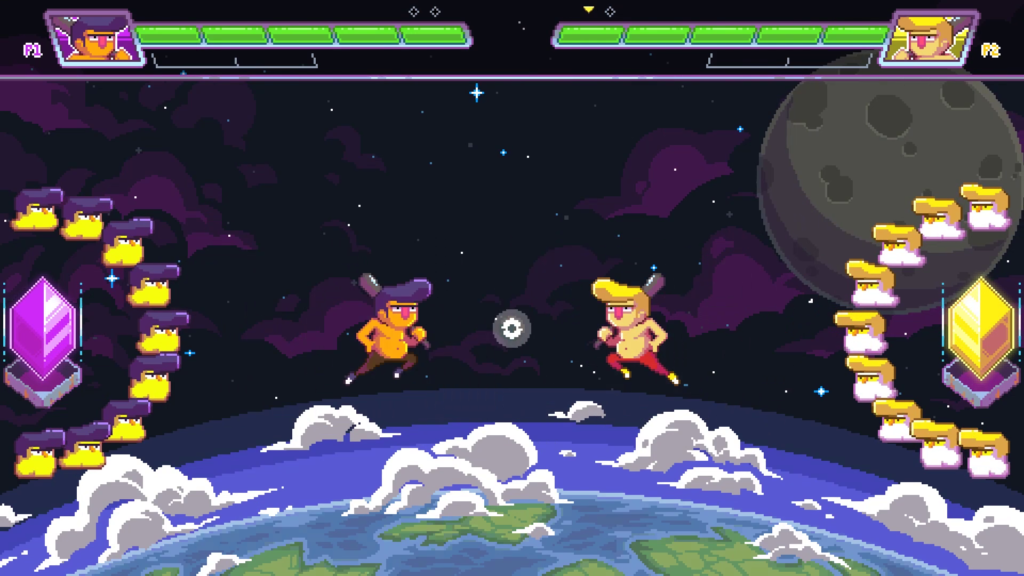 The gameplay in USBB is slightly more engaging, even if it is short lived. Players face off on opposing sides of the screen and smash a baseball at one another in an effort to break down defensive barriers and destroy the crystal set inside. As you come up against different opponents, USBB offers some variety by changing the shape of the defensive barriers which prevents players from coming up with a ‘one tactic wins all’ strategy. This simplicity and marginal variety can make the game feel like a tennis match, with different tactics being employed by different players depending on the situation.

The gameplay features a baseline player who will hang back and defend their area. This strategy is to see the ball coming and respond in a way that allows the player to determine the best action in order to force the opponent to fail. On the flip of that, there’s the high risk, high reward approach of getting up close and personal with other players. This reduces the amount of time a player has to react and minimizes their chance of making a good play. This is actually similar to how a tennis match operates, the tight games often result in the ebb and flow of players as they jostle to take command of the game until someone makes a big enough error that can be taken advantage of. 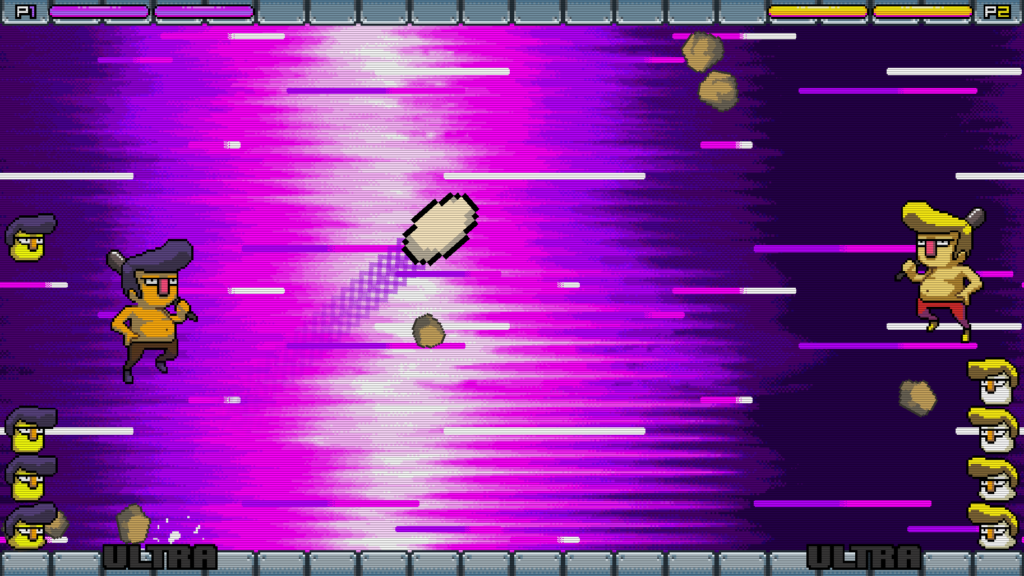 When USBB provides these tense and exciting moments, it’s a fantastic experience. What is unfortunate is the fact that these moments are so few and far between due to the sparse variety of playable characters and modes of play. Because of this scarcity, I was left with vast swathes of boredom, punctuated with short, rapid, and incredibly intense moments that had me on the edge of my seat.

The Nintendo Switch is the perfect platform for USBB because the game is undoubtedly at its best with friends. This game would make for a great night in competing in a league structure for bragging rights, but that’s such a specific situation that I’m left finding it hard to recommend.