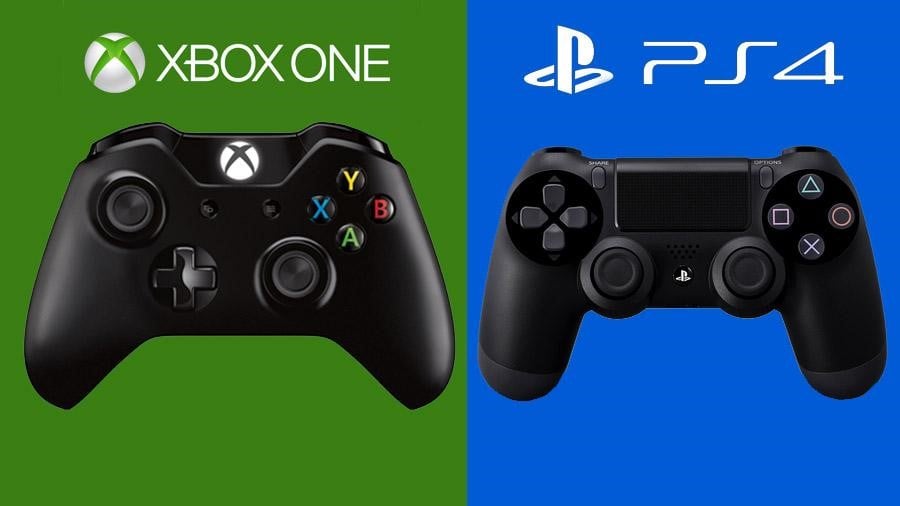 Of all of the generations of video gaming, particularly on the console side, there hasn’t been one that has garnered more apathy than the eight generation; the current generation with the Wii U, PS4, and XBOX One (XBONE).  To be fair, the generation is only four years old, or only two years old if no one wants to include the Wii U for some arbitrary reason, so it isn’t that there’s a fair barometer to measure this generation the magnificent fourth generation of 16-bit gold or the unprecedented fifth generation that gave birth to truth 3D gaming.  It is true that a new generation of consoles hasn’t exactly been as special as it was in the 90s; the only noteworthy change going to the sixth generation was that now the characters can emote in-engage instead of just in a CGI cut scene, as well as the growing advent of online play.  But it is clear to see that the growth from each upcoming generation has been superficial as best, no matter how real game developers can make their worlds.  One can’t help to wonder if it’s something that we’ve might have brought upon ourselves.  Even so, it may have nothing to do with the generation itself. Take the preempted backlash of the upcoming Call of Duty title, Infinite Warfare; right now, it’s trailer is one of the most disliked videos on YouTube today.  Digging through the comment section you can find some lamenting the futuristic style of the game.  There are, however, two problems with that notion.  Firstly, the game has yet come out, making the backlash sound sillier than people realize.  Secondly, if it isn’t good, it won’t be because Activision decided that Call of Duty should now take place in the future; it will be because they’re trying to make a World War II video game with a futuristic skin.  After all, warfare in the future would probably look more like an entry of Mass Effect than a Call of Duty game, barring the existence of alien being proven as BS.  The same principle applies to the generation of console; video game players have grown so accustomed the trappings of their more formidable years, that game devs have spent more time chasing ghosts instead of creating original ideas, to say nothing of the nasty responses that developers with a greater artistic vision receive without probable cause or reasoning.  None of that even includes some of the greatest minds in the industry being treated like failing entry-level employees, the uncertain future of some of the most important companies in the industry, and the unnecessarily stubborn resistance of taking the medium seriously (which was ironically asked for).  As depressing as that sounds, it has nothing to do with the generation.

It can actually stand to reason that this generation is one of the best, at least in terms of semantics.  Technology has allowed gaming to become more convenient than ever, with the advent of services like Steam, the Nintendo eShop, and even the various app store on cell phones, to say nothing of online play and wireless peripherals.  The graphical capabilities of current gen machines are off the charts, with games like The Witcher 3 and Uncharted 4 showcases worlds that couldn’t have been realized on XBOX 360 or PS3.  The problem has less to do with hardware than it does with software.

It isn’t exactly a secret that a lot of modern gaming has been influenced by PC gaming of the 90s, for better or worse.  First-person shooters, which have always thrived on PCs, are the new standard bearers of the medium, overtaking the platformer by many miles.  But so much can be done in game design when the main mechanic of the game is point and shoot.  There’s been a grand advent of mature-themed games in this and the last two generations, but mostly in a superficial sense; guns, blood, cussing, an overabundance of brooding characters, and a lotta boobs.  Despite the fact that gaming has become more mainstream, the most inclusive games on the market (Wii Sports, Angry Birds, even Little Big Planet) were scoffed at by the “hardcore” audience.  That and much more was a breed of the generations, but still, have nothing to do with there being a bad generation.  After all, games like Bioshock, Mass Effect, the first two Batman: Arkham games and the Tomb Raider reboot are far more remembered as more than the glut of less-than-stellar content being shilled alongside them.

In order for any generation to be worthwhile, there has to be a collection of memorable software to justify its importance, even if they aren’t acknowledged at the moment.  Regardless of whatever contempt that held over Halo, it was the best showcase of online multiplayer on console at the time it initially came out.  Speaking for this generation, in particular, the importance of the independent scene has done wonders for the marketplace and has not only made gamers out of many who wouldn’t have been gamers beforehand but also brought back those who were admittedly turned off of what the mainstream side had to offer.  A part of it had to do with most of the indie gems using assets that would be at home with anything that the NES, SNES, and Sega Genesis had to offer.  But it was mainly because of the creative energy that was made completely apparent with most of these titles.  Games like Shovel Knight, Shantae, and Axion Verge present a level of fun and energy that been lacking for quite some time.  In fact, the creativity that oozed out of the indie scene actually began to bleed into the mainstream scene. Take two of the most talked-about games in 2016; DOOM and Overwatch.  DOOM actually began its development as a self-serious shooter about grizzled veterans fighting an evil alien force (or another Halo), but ultimately shown itself as a still glossy, but bloody, punk rock/heavy metal influenced callback of the original, complete with a gruff-but-goofy silent protagonist.  Overwatch, meanwhile, was made with the intention of creating something more reminiscent of 90s Saturday morning cartoons than 90s Image comics, with the gun slinging madness that feels like a mix of Quake and League of Legends.   As nuts as that sounds, it actually works, and Overwatch is arguably the best game released this year.

Gaming may be in a weird place right now since most of it biggest enthusiasts are now pushing 30 or older.  But, now is NOT the time to write this generation off as the failure.  Those who live within nostalgia are conceding to the idea that their best days are behind them, and not only is gaming not there yet, but it may NEVER get there.  All that’s needed is more great games, with an appeal that isn’t exclusive to angry men in their 20s.  When it comes right down to it, embracing new experiences becomes a fear within itself as people get older.  I’ll be 30 in a week, so I understand that.  But I’m still embracing the new, so why can’t everyone else?