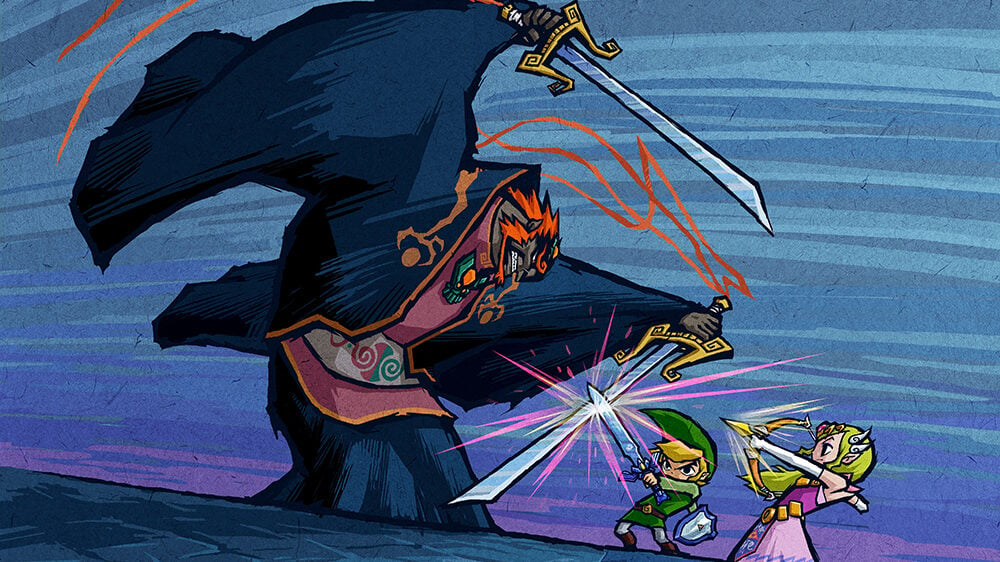 Deck the halls with Triforce shards! This week on the NXpress Nintendo Podcast, Cameron Daxon, Marc Kaliroff, and Campbell Gill ring in the holiday season with the help of Nintendo’s green-capped hero. All three hosts have holiday memories with the Zelda series, so the gang shares their favorite Christmas and Hanukkah moments with the series, from A Link to the Past on the Super Nintendo up to the Switch’s own Breath of the Wild.

After that, the gang keeps the Zelda love coming as the beloved once-controversial The Legend of Zelda: The Wind Waker turns the big 2-0! For The Wind Waker’s 20th anniversary, the hosts celebrate this innovative title for its timeless visuals, inventive design, and surprisingly impactful story. It may not have been what audiences wanted in 2002, but twenty years later, it stands strong as one of the franchise’s most memorable entries. (Dear Nintendo, what better way to celebrate the occasion than a Switch port? Pretty please?)

Lastly, Marc closes things out with hands-on impressions of all the multiplayer titles on the N64 Nintendo Switch Online collection. Not all titles in the lineup may have aged gracefully, but between Mario Party, F-Zero, and even Star Fox 64, the console still shines as a multiplayer destination–and it’ll only get better whenever we finally get GoldenEye 007 on the service.