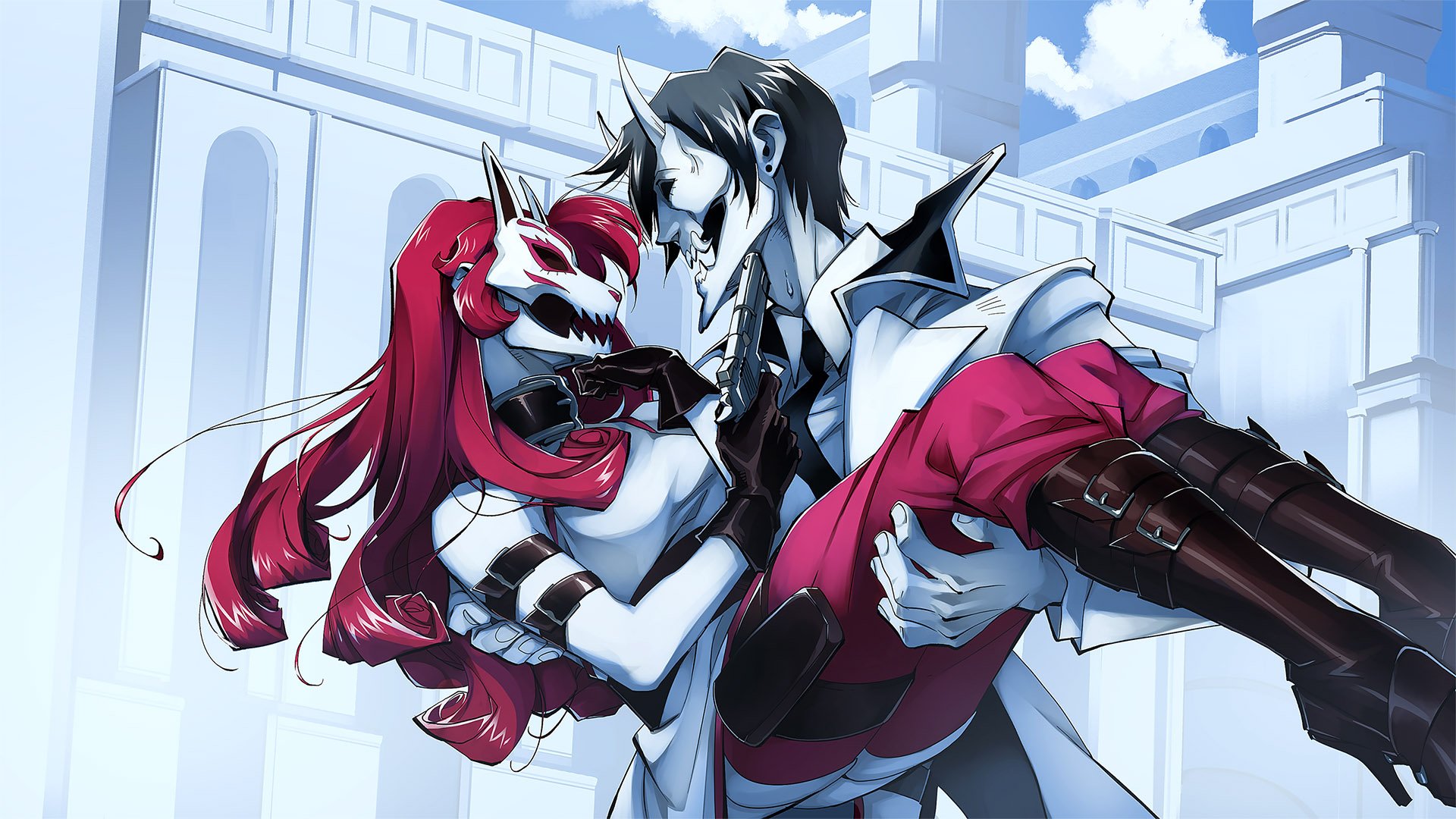 A forever future of bliss or an afterlife of pain? Ben Esposito and Angel Pixel’s newest first-person action runner game Neon White gives players a choice to decide their fate during the game’s final mission. After White and Green are left to squabble in one last epic fight for the future of Heaven itself, the player can either write Green into the Book of Death for his sins or forgive him for his actions and mark him down in the Book of Life. Each ending comes with a vastly different outcome. In case you missed one of these conclusions or are itching for an explanation behind them, this is Neon White’s Book of Death and Book of Life endings explained.

The Book of Death (The Bad Ending)

After being given the inkhorn by Mikey and left to decide Green’s fate, White is given a power beyond any of his godlike Soul Cards: to permanently decide how his nemesis will spend eternity. In the Book of Death Ending of Neon White, the titular protagonist commits the ultimate sin: never showing his enemy forgiveness and trapping his soul in a state of neverending suffering. During the two’s final exchange, White declares that his enemy deserves to suffer for his sins and lack of accountability. With no time to fight back, Green is drowned in a devil-like spirit and disappears from Heaven permanently.

After White passes out from the power of the inkhorn, God is fully restored to his former power and Mikey shows pride for his ally before wishing him a good rest. However, in a post-credit scene, the player discovers that Mikey is unable to honor his ally’s efforts in the afterlife. God decides to write only Yellow, Violet, and Red into the Book of Life while White is placed in the Book of Death. Baffled by his decision, Mikey attempts to reason with God that all mortal beings aren’t perfect and White deserves a better fate for saving him.

One quick line later though, God’s reasoning ultimately seems to sway Mikey’s mind as he agrees with the almighty being.

The Book of Life (True Ending)

First of all, to unlock the Book of Life ending players must obtain all of White’s memories by collecting every gift and completing every dialogue conversation in Neon White. Players must discover gifts around individual levels after gaining at least two of their speedrunning medals. From there, the player can bring these gifts to their dedicated Neon and angel to see secret dialogue conversations that flesh out the game’s cast.

In the Book of Life ending of Neon White, while Green was never able to cleanse himself of his sins, White, the ultimate decider of his fate, was willing to forgive him for all he had done. Rather than following his feelings and sending Green to be damned forever, in the true ending of the game the main character makes the moral choice to write his enemy into the Book of Life. Before Green’s soul can turn to light and be placed in paradise, White and the antagonist have one final chat where they are able to make peace with one another.

While Green expected to be locked in battle with White for all eternity, wind up in hell, or destroy the entire universe, he ironically finds comfort in his own conclusion and is willing to give up on his own mission. More importantly though, this moment for White is what is able to clear him of his life’s sins and be forgiven by God. In God’s eyes, he sees White as being a man worthy of redemption due to being open to forgiving his worst enemy–a reflection of several pieces of religious text where the sparing of a sinner is seen as a righteous act over murdering them in cold blood for what they have done.

When God and Mikey speak to one another after White once again goes unconscious from the inkhorn, God jokes with the angel that he would have never expected White to write Green into the Book of Life. This conversation at first glance may seem a little odd, but it actually ties into Mikey’s first closed-door encounter with White where he tells him that God is a complete jokester and is always messing with him. Ultimately, both Mikey and God find a great sense of pride in White’s actions.

For this reason, God makes the decision to spare both White and Green. God allows the two to rest in paradise with their fallen friends. This is further reinforced just before the credits can roll when God writes White into the Book of Life rather than the Book of Death. As Mikey alludes to during their conversation, God believed that White had cleansed himself of all his sins by simply holding restraint against Green. Showing mercy rather than becoming one with the cycle of violence was the correct choice, and so God closes the Book of Life.

The closing of the book may seem like the perfect way to close Neon White, however, there is one more post-credits cutscene that depicts the whole gang back together, preparing for a feast, and having a laugh as they celebrate their former lives in the land of the living. As per usual with Neon White’s conversations, Red and White show their love for one another, Green wants to share the moment with his best bro, Violet aims to please Green, and their enemy begins to show a change in perspective.

Green’s line to White saying “we have a big day ahead” can be interpreted a couple of different ways depending on how the player envisions paradise, but the bottom line is that the group has found peace in death. To close things off on a happy note, Green decides to take a photo of the group at their celebration and the crew goes out showing their style.

Digging Into The Lore That Inspired Neon White‘s Ending

While there are plenty of interpretations of the religious subject matter, the Book of Life and the Book of Death in Neon White are entirely based upon their documentation in the Hebrew Bible, also commonly referred to as Tanakh and Mikra. There are two specific reasons that point to this interpretation of the books being the main inspiration for Angel Pixel’s title. The first is that God himself uses an Inkhorn to write names in the books and the second has to do with how each book is portrayed.

On a final note, a hidden detail that only players aware of the Hebrew alphabet will be able to spot in Neon White is that the characters’ names during the final cutscene are not just actually written in a stylized look. God’s writing in the Book of Life contains a mix of Hebrew letters and English—the latter has just been altered to look like Hebrew letters. For example, White’s name is spelled out as shin, ‘H’, zayin, dalet, and ‘E’. Additionally, the Book of Life’s cover features the Star of David. It’s a small detail many players may not initially recognize, but one that actually adds quite a bit of acknowledgment of reality!

Wondering what’s next for Neon White? Join us this week on the NXpress Nintendo Podcast where we will be interviewing the game’s director Ben Esposito to find out more regarding the story’s meaning, gameplay design, and if a physical Nintendo Switch release will be possible in the future!