As a huge fan of horror movies and American football, Mutant Football League is right up my alley. The mix of arcade sports, dark humor, blood, and gore makes for a hellishly good time, even if the football itself pales in comparison to the popular Madden series. While released on Microsoft Windows, PlayStation 4 and Xbox One earlier this year, the title is now available on the Switch, and given the lack of sports games on Nintendo’s console, it’s a welcome addition — especially since Digital Dreams Entertainment has given Switch owners the Dynasty Edition,which introduces two brand new species, four new teams (six with the retail edition), several new Dirty Tricks, and more fantastical arenas full of ruthless spectators and deadly traps. This ridiculous, yet exhilarating monster mash will provide riotous entertainment for football fans and non-football fans alike.

For the unfamiliar, MLF is the spiritual successor to the 1993 game titled Mutant League Football. The original (which was developed by EA Sports, who designed the game using the Madden ’93 engine for the Sega Genesis) was a substantial hit, and inspired several spinoffs that include Mutant League Hockey and Mutant League Basketball (never released), not to mention an animated series called Mutant League. If you’ve played the original, you know what to expect from this 2018 re-imagining. Mutant Football League:  Dynasty Edition features a twisted take on the popular American sport, replacing human players with skeletons, werewolves, vampires, and other ghastly creatures, then pits them against each other in a deadly game of football inside fantastical arenas packed with bloodthirsty fans and deadly obstacles like landmines, giant earthworms, fire pits, and more.

Adding to the mayhem is a number of “dirty plays” that can be selected before the player hikes the ball. These range from bribing the ref to getting a speed boost, or equipping your player with a shotgun and chainsaw in order to inflict maximum carnage against unsuspecting opponents. The game also allows the players to tackle opponents after the whistle is blown (ala NFL Blitz), and no thanks to these types of plays, players stand a good chance of being seriously injured and taken off the field — or worse, wind up dead. And if the players don’t kill you, the field will. 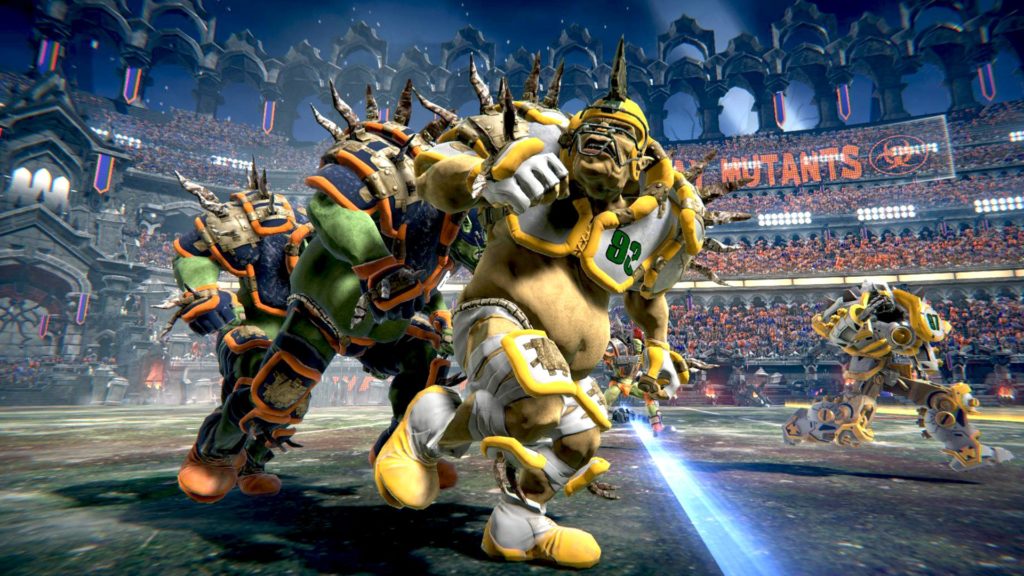 Led by Michael Mendheim, the original creator and lead designer of the Mutant League series, Mutant Football League: Dynasty Edition delivers a full online multiplayer mode, deep strategy, and tongue-in-cheek humour. There are tons of gameplay modes, seven playable races, twenty-three teams and fields, and seven different crazed mutant and monster species, with each having their own special skills, abilities, and traits. There’s even a Hall of Fame commentary with Tim Kitzrow (the original announcer of NBA Jam and NFL Blitz), who delivers raunchy, adult-oriented play-by-play commentary for every down. My favourite aspect, of course, is the clever riffs on real-life NFL stars and NFL teams, such the Cardinal Sins (Arizona Cardinals), Croakland Invaders (Oakland Raiders), Deadlanta Vultures (Atlanta Falcons), Grim Bay Attackers (Green Bay Packers), and Insane Cults (Indianapolis Colts), to name a few.

What makes this edition worth your money, however, is the Dynasty Mode — a single player career mode where you become the coach and GM of your favorite MFL team and turn a group of rookies into legends by winning multiple Mayhem Bowls. This single-player mode is seriously impressive given the amount of content included, not the least of which is a full-blown narrative (seriously, this game has an actual story). Dynasty Mode features a roster management, team salary caps, custom playbooks, player trades, free agent signings and all the bone-crunching, blood-splattering carnage you come to expect. It’s about as clever as you can imagine a game of this type being that is also this wicked and this brutal. 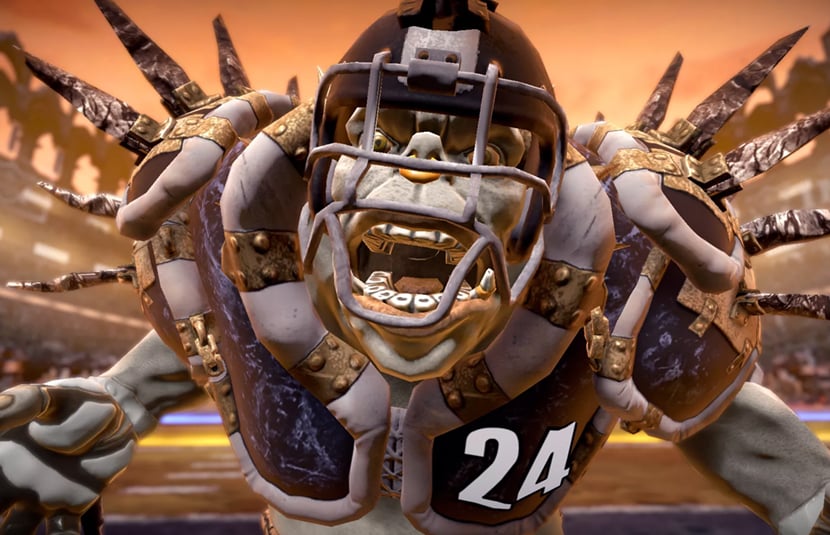 Much like its predecessor, Mutant Football League was modeled after the Madden series, and while it is obviously nowhere as good as any of the Madden games, it’s a welcome change to the yearly EA formula and offers a surprising amount of replayability. As someone who went in with low expectations, I was surprised at how it oftentimes works better than it should.