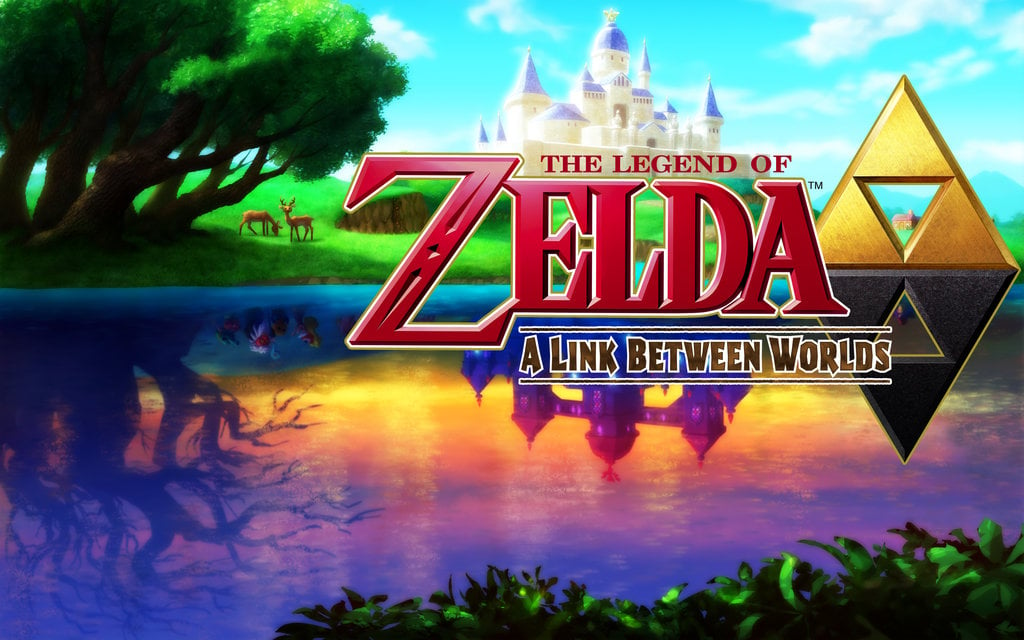 The Legend of Zelda: A Link Between Worlds, one of the latest Zelda game on the 3DS, became not only the best 3DS game of 2013 but may be one of the best 3DS games ever. Critically praised across the board, A Link Between Worlds is the sequel to The Legend of Zelda: A Link to the Past; taking place a few generations later it uses a similar over world with different dungeons. One major similarity between the two is the use of the parallel Dark World; instead of Hyrule, the player is in the remains of the Lorule kingdom. A Link Between Worlds was also the first game in ‘The Decline of Hyrule’ timeline since Oracle of Ages and Oracle of Seasons until the recent release of Tri Force Heroes. A top-down action game, A Link Between Worlds uses 3D graphics in order to utilize the 3D feature of the 3DS. This also means that the game focuses on depth and height-related puzzles, among other changes to the old Zelda blueprint. Shigeru Miyamoto in a 2012 interview explained that he was looking to do a remake of A Link to the Past. Later on, this changed and instead became a possible sequel to A Link to the Past, or a remake of Majora’s Mask for the 3DS. In the end, both were made, with the sequel being A Link Between Worlds. While there are some similarities in order to tie the sequel to A Link to the Past, such as the top-down look and some parts of the map, there are a lot of changes as well. All of the weapons that previously used ammo now use a single magic meter. While simpler because the player no longer has to beat around the bush for ammo, it makes things more challenging by using one limited source. This is also the first real attempt at a Zelda game becoming an open world game, something the long fabled Zelda on the Wii U has been spouting. Instead of finding weapons in dungeons, you can rent or buy weapons and choose which order you go in yourself. When you die, your weapons are automatically repossessed, like the world’s most efficient repo man. Not only does this add a new layer of freedom, but it also makes things more challenging, as players must budget for what weapons they will need the most.

By far the most unique aspect and probably one of the most unique features in a Zelda game since Majora’s Mask are the ability to merge with walls. Much like when Link was cursed to live out his days as a Deku Scrub, this time, he has been cursed to live as a painting. After becoming un-cursed, Link is able to merge and move around on solid walls at will, and much like Paper Mario, move through tight spaces. While you can enter walls to escape enemies, sometimes traps and enemies can be painted onto the wall as well where they can reach you. This also allows Link to fit into the cracks connecting Hyrule and the Dark World Lorule. Much like the older Oracle of Ages, this created a depth in puzzles that are rarely seen. Two different worlds which are in many ways the same but are also fundamentally different and the player must figure out both to solve the puzzle. Of course, in the case of Oracle of Ages, the difference was based on time, where many things just didn’t exist yet; in A Link Between Worlds both worlds are entirely separate entities. With the most intriguing and original story since Twilight Princess, the plot of A Link Between Worlds not only brings a sense of nostalgia but a fresh new perspective as well. Without spoiling anything, it mixes things up and offers plenty of twist and fun spectacles to see. The introduction of the Dark World counterparts to the characters we have had for years was especially intriguing. Seeing Zelda interact with her emo counterpart Hilda, for instance. One of the most challenging parts of the game was just figuring out the differences between Hyrule and Lorule, then how to move forward going back and forth between the two. At the same time, I couldn’t help but feel that some things were kind of obvious but played up anyways. Maybe it is a kind of insight through experience, but I felt like most of the story was fairly obvious. Regardless it is still a great story, with a lot to offer players new and old. With updated graphics that still pay homage to the classic Zelda and an updated soundtrack from A Link to the Past, this game is perfect for new and old fans. Not only does it pay homage to its predecessors, but it also mixes up the old Zelda formula in a ways that really work. Some of the changes, especially the open world concept, have already been mentioned as key details in the eventual Zelda on the Wii U. Is it possible Nintendo used A Link Between Worlds as a way to test the waters and see what fans would like? Either way, The Legend of Zelda: A Link Between Worlds is probably one of the best Nintendo games in years, and everyone should try it.