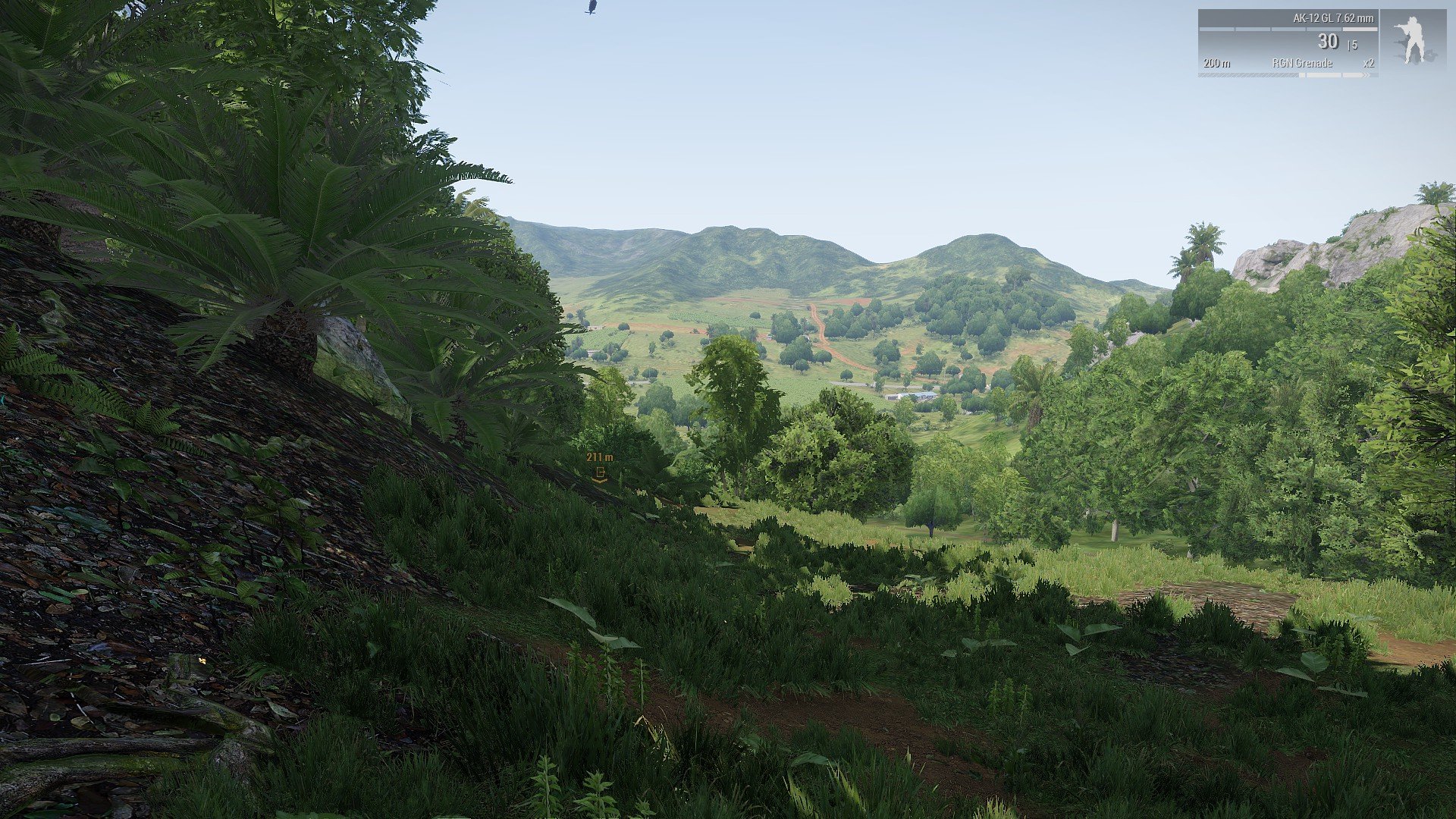 Trying to sell ARMA 3 to someone unfamiliar with the series is pretty hard. ARMA almost refuses proper classification in the world of gaming. The closest conventional genre would be shooter, but that seems almost disingenuous to both ARMA itself and traditional shooters. Its not Battlefield, its definitely not Call of Duty, in fact, all things considered it sits a lot closer to Farming Sim than either of those games. Despite this the ARMA series has managed to carve out a comfortable niche as the world’s most hardcore military sim, and after 3 years and uncountable patches we finally get a proper expansion with the jungle based Apex pack. Is this a war worth signing up for, or a draft you might want to dodge?

The setup for Apex‘s campaign is once again a humanitarian crises gone wrong in some unknown country that requires military intervention. This time it’s the tropical island of Tanoa in the south pacific, specifically based on the Fiji islands. You are a member of the NATO task force sent in to re-stabilise the country while taking down its largest crime syndicates. The plot, what little there is, is revealed through cutscenes and radio chatter, with your character largely silent. Or characters as the case may be since the big change this time around is the inclusion of drop-in multiplayer, letting you complete the campaign with up to three additional players, which makes the firefights that much more tactical and off-sets the game’s incredible difficulty. AK rifles make a welcome return, a familiar face in contrast to the futuristic weapons on offer.

Unfortunately the campaign does a really bad job of showing off the new features Apex adds. It does make some improvements, like a new Battlefield style spawn system when you die, and the missions themselves are enjoyable enough, but it doesn’t feel like proper ARMA content, more like a mod put together by a very talented team. The eight new missions are uncomfortably linear and don’t offer the freedom you’d crave from a game as big as ARMA 3. You only barely get to experience the new map or even the weapons since you’re largely locked into the same gun, even over nine classes to choose from. Its better with friends, certainly, but it doesn’t seem like a big enough draw, especially considering the price tag this pack carries with it.

Still, the campaign is only part of the package, and like always ARMA is an entire box of toys, not just the train. Tanoa is massive and adds a lot of variety that the vanilla maps of ARMA 3 were sorely lacking in. Dense jungles make for uncomfortable pitched infantry combat as you weave through trees trying to line up shots, the open fields give armour columns plenty of space to wreak havoc, the small villages and towns provide ample opportunities for combined operations, and the addition of rivers creates a new possibility for navel combat. It’s absolutely exciting to think of the possibilities for this map once the mod community gets its teeth into it, and even now mere days after release, we’re already seeing a few mods that take advantage of the new location.

Of course what would a new map be without new tools to play around with? 13 new guns, including the long absent Kalashnikov pattern rifles and the classic RPG-7, 10 new vehicles, a new faction, and a mountain of other new tweaks to the game make for a very attractive package for any fans of the series. There’s a lot of meat on these bones and the new weapons and vehicles are a welcome addition to the already impressive line-up on offer. Once again, it’s unfortunate that the main campaign does such a bad job of showcasing this, but playing around with the new weapons in multiplayer is a blast and it’s almost worth the price of admission for that alone.

Unfortunately many of the issues that plague the main game also plague Apex. First and foremost is the number one caveat for anyone looking to get into ARMA: this game is an absolute system killer. Even on high-end hardware getting a decent frame-rate higher then 30 is something of a miracle, and ARMA 3 remains one of the worst optimised games on PC. Bohemia has done a lot of work to make this a little better, with a mountain of patches to make the game run smoother, but the fact remains that ARMA 3 is just a hard game to get running. Apex doesn’t exactly help with this, since the dense jungles of Tanoa don’t do the engine any real favours, and while they look great they tend to do more harm than good. Visual glitches abound, but its just another day in ARMA 3

Beyond just getting the game to run there’s the ever-present weirdness that seems to be ARMA’s everyday. Minor bugs are frequent, clipping issues are rampant, and just moving you character still feels awkward nearly all the time. A lot of this is just what the ARMA community have come to live with, but it can be really off-putting for anyone just coming into the game. Still, the game is stable and never crashes, its just weirder than it should be and really, really different from any other shooter on the market.

For all the weirdness in the visuals, the audio comes as a pleasant reprieve. Guns are loud and boisterous, giving each pull of the trigger a lot more impact and making suppressors a good idea for a variety of reasons. Vehicles are similarly loud, especially from the interior, and it gives the proper feeling of riding in military grade hardware, especially heavy armour. Voice work during cut-scenes and scripted segments is well done, although it can be difficult to tell who is who over the in-game radio. The real star is the ambience of Tanoa, which is perfect, and when you’re on a sniper stake-out it’s nice to just sit back and listen to the world around you as you await your prey.

Apex is a lot of content being added to a game that already had a lot of content. It’s unfortunate that the campaign is somewhat lackluster, but the new toys, and new map especially, make up for it and it’s exciting to see what the community will do with it in time. Still, a recommendation for Apex comes with a warning, especially with the hefty price-tag of $30. This is an expansion for fans of the game only, and anyone not sure about ARMA is advised to wait till the price drops or a decent sale. For those willing to partake, this is one mission definitely worth signing up for.