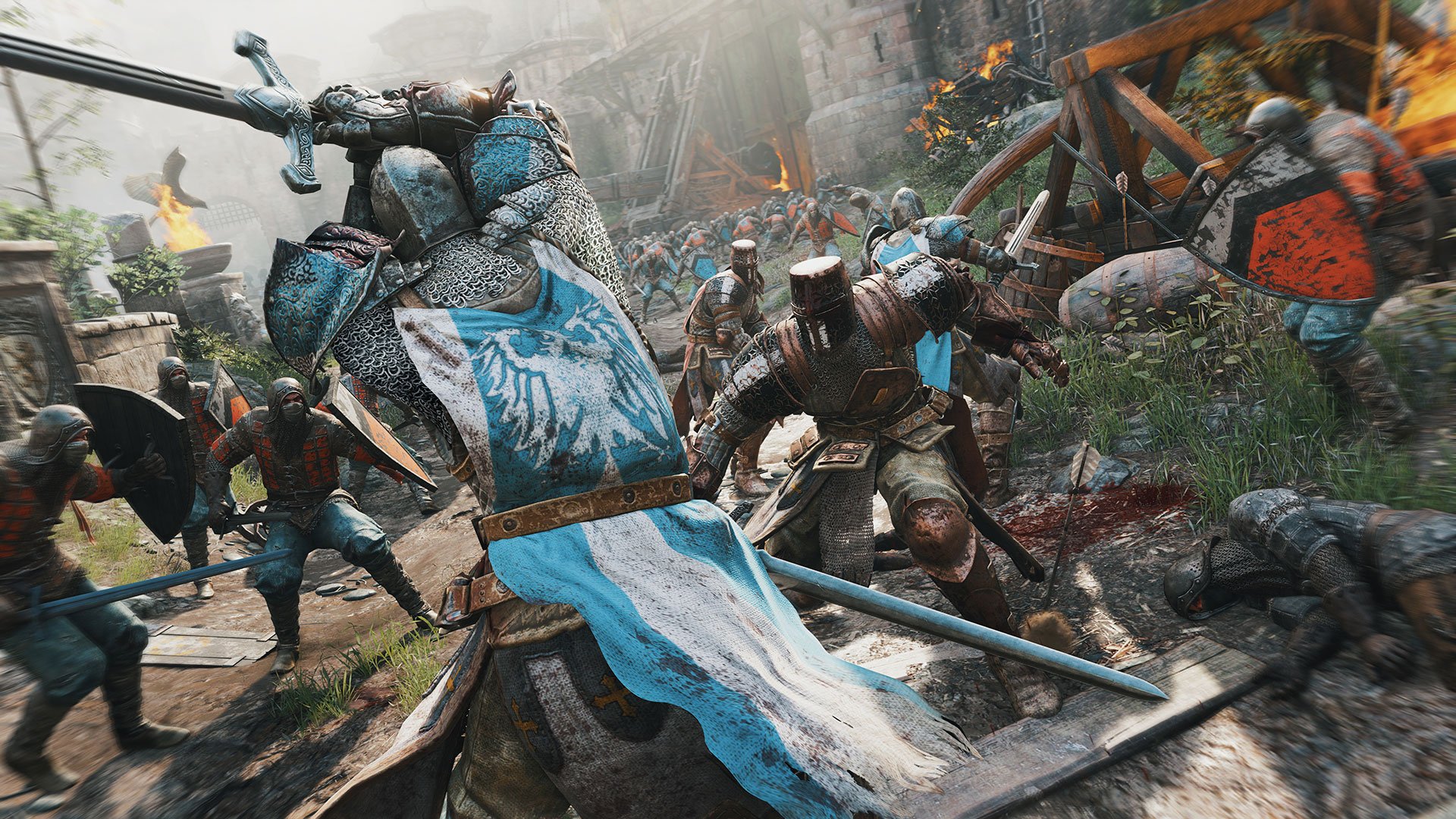 I’m a sucker for hack and slash games. I love being able to wade through giant mobs of peons, cutting them down like a God among men. But at the same time, the repetition and lack of challenge can get boring after a while. Usually, the real hook relates to outside the combat to keep me interested.

That couldn’t be farther from the case with Ubisoft’s For Honor. In fact, I think they might have just blown the whole genre wide open.

The thing that sets For Honor apart from its peers is it transcends mere hacking and slashing to reach the fabled heights of true dueling — and it’s incredibly satisfying.

For those that haven’t caught any gameplay footage, For Honor features frequent appearances from enemies that rise a cut above the rest. They’re elite, for lack of a better word, and can’t be cut down with a single swing of the sword.

Instead, combat with these enemies employs what Ubisoft calls “the art of battle.” These fights are all about positioning, requiring you to change between three stances (left, right, high) to both block and attack.

To protect yourself, you have to mirror your opponent’s stance. If their sword is on the left, you’ll get hit if yours isn’t. But at the same time, you can’t hit them back without switching to a different position. In the end, this results in a dance that looks and feels about as close to real combat as any game ever has gotten.

Though I only got to play out a handful of duels (maybe 10, or so) and I only got to play as a knight wielding a sword, I can tell there is incredible depth. Aside from whatever differences certain weapons and classes will have, For Honor has the potential to truly reflect your personality in combat.

Are you the patient sort, who likes to block and counter? Or perhaps you’re aggressive, breaking guards with your shoulder and unleashing a relentless onslaught. Maybe you’re just so quick at switching stances that no one can out maneuver you. Whatever your style, it seems that For Honor makes it possible and rewarding.

The demo did have a story, though it was such a small fragment that there isn’t much to talk about. You play the role of a mercenary knight defending a deserter of the Blackstone Legion against his former comrades. And though you successfully fend off the attackers and kill the enemy general’s second-in-command, you are also offered the opportunity to replace the very man you were defending.

It’s too early to say whether the story is as promising as the game play. But even if it’s a mess, I’ll have a hard time caring — and I’m the kind of guy who won’t touch most games without a solid narrative. The thing is, For Honor is just that damn good.