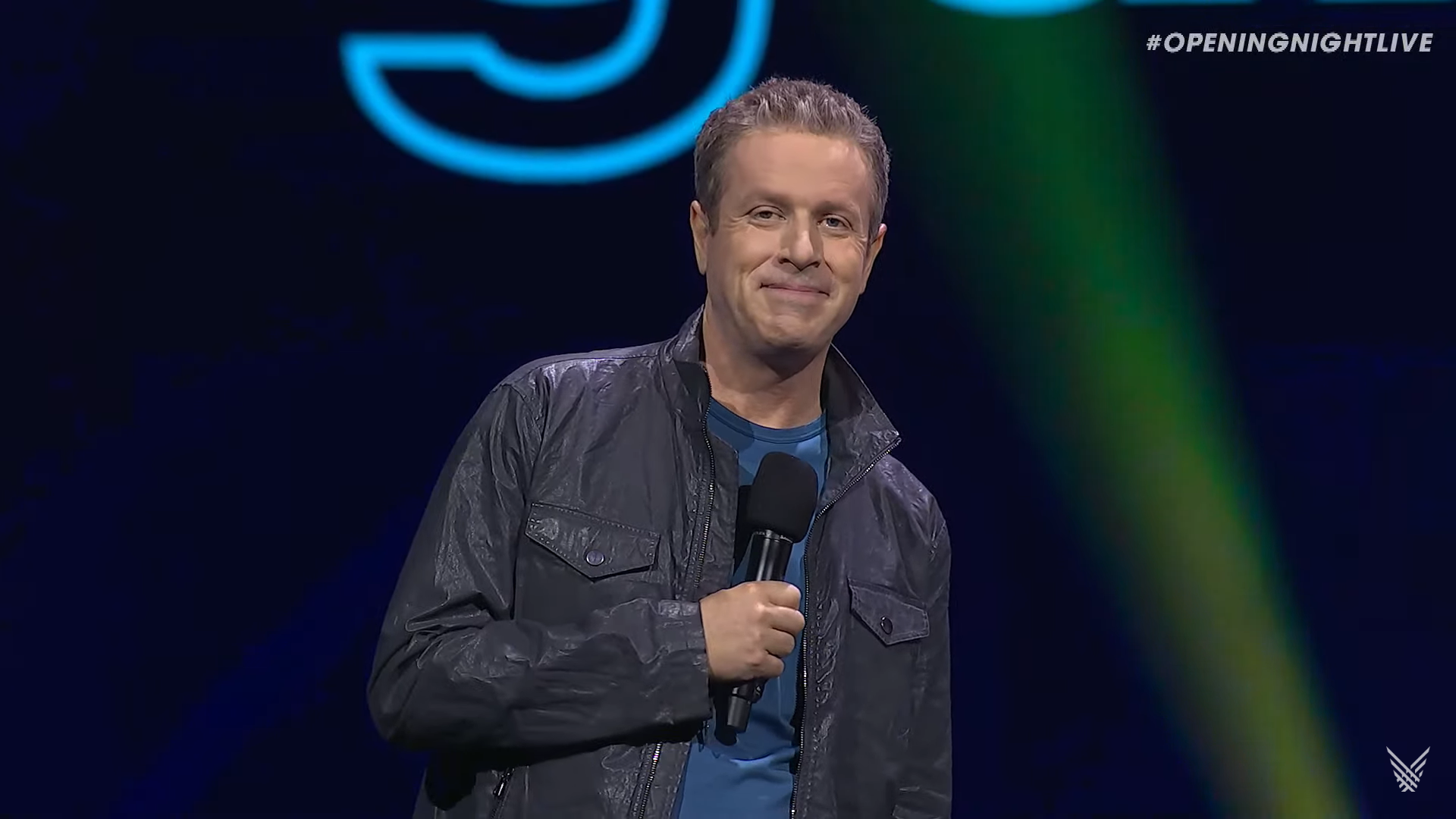 This year’s Gamescom Opening Night Live, hosted by industry veteran Geoff Keighley, was a two-hour long showcase that, while lacking variety at times, nonetheless contained exciting announcements and updates on hotly anticipated titles. From a new MMO set in the Dune universe to a turn-based figurine strategy game from the makers of Subnautica, here are ten of the most interesting and exciting announcements from Gamescom Opening Night Live 2022!

The first game announcement of Gamescom Opening Night Live was one of the strangest — a brand-new open world title that has been in development for the past five years named Everywhere, which is being marketed quite cryptically. Aiming for a 2023 launch, Everywhere has been described as “more than a game”, with a focus on players creating their own experiences together in a shared world. According to the game’s website, Everywhere “seamlessly blends gameplay, adventure, creativity and discovery in an all-new multi-world gaming experience”.

Set in the mesmerising world of Arrakis, Dune: Awakening is an open world survival MMO developed and published by Funcom. Described as combining “the grit and creativity of survival games with the social interactivity of large, persistent multiplayer games”, Dune: Awakening aims “to create a unique and ambitious Open World Survival MMO”. Not many details are known so far, and no gameplay has been shown, but the game’s Steam page includes a link to a Discord server to join the conversation and see more updates as they happen.

One of the most interesting announcements of Gamescom Opening Night Live is a brand-new PlayStation DualSense controller, the DualSense Edge, featuring more buttons and greater customisation options for enhanced gameplay. According to PlayStation Blog, DualSense Edge “features a number of hardware and software-based customization options for creating a completely personalized controller experience”, including the ability to create and save multiple control profiles as well as change the stick caps and back buttons to the user’s liking. It also comes with a convenient carrying case to better organise the custom parts.

The Lords of the Fallen

Lords of the Fallen (2014) was a competent, albeit sluggish and derivative, attempt to copy the ever-popular Dark Souls formula, and now it appears to be getting a reboot/sequel developed by new studio HEXWORKS and published by CI Games. We were shown a beautiful cinematic trailer without any gameplay, so it’s hard to get too hyped just yet, but an attempt to iterate on and improve the formula of the original Lords of the Fallen has a great deal of potential. According to the game’s Steam page, The Lords of the Fallen centres around an “epic quest to overthrow Adyr, the demon God”, and is set to release in 2023.

Couch co-op indie gem Moving Out, a game about moving furniture with your friends on a time limit, is getting a fully-fledged sequel! Moving Out 2 features online co-op for the first time, which means even more opportunities for chaotic gameplay with friends, and aims to release in 2023. According to the official Moving Out Twitter page, Moving Out 2 features multiple dimensions and plenty of new wacky characters, and the game can be wishlisted on Steam right now.

New Tales from the Borderlands

While not developed by Telltale Games this time around, New Tales from the Borderlands is a spiritual successor to the legendary Borderlands title beloved by fans for its stellar writing and characters. Starring “a trio of losers trying to get through a bad day” according to narrator Marcus Kincaid, New Tales from the Borderlands features plenty of new characters as well as the odd glimpse of cast members from the original such as Rhys, though the extent of his involvement with the story remains to be seen. Releasing October 21st 2022, this is a title for Borderlands fans to watch out for.

Representing a significant departure from the hugely successful Subnautica franchise, developer Unknown Worlds is now working on Moonbreaker, a title described as “Hearthstone meets XCOM”. Set in a brand-new universe created by prolific author Brandon Sanderson, Moonbreaker is a turn-based sci-fi strategy title centred around minature figurines in a table-top setting, featuring the unique ability to paint each figurine exactly as you want it. This impressive mechanic allows for an unprecedented level of customisation, with a large variety of figurines to collect before taking them into battle. It launches in Early Access on September 29th.

An impressive Bloodborne-esque Souls-like with a Belle Époque setting, Lies of P is an action game about truth and lies, based on the story of Pinocchio. A new world premiere trailer at Gamescom showcased both cinematics and gameplay, with both looking hugely promising for fans of the Souls-like genre. Embark on a quest to become human in an unrelenting journey filled with danger and strife in this gritty reimagining of the classic fairy tale. According to the game’s Steam page, “You must always lie to others if you hope to become human.”

One of the most impressive trailers of Gamescom so far is Where Winds Meet, a brand-new open world set in a mythical land developed by Everstone Games. Not much is known outside of the trailer so far, but the world envisioned within is nothing short of breathtaking, and the gameplay looks like it takes some inspiration from the Assassin’s Creed franchise among other things. The protagonist has ranged combat skills as well as some seemingly supernatural abilities such as running across water, which only adds to the mystery of the world and characters.

Finally, the “one more thing” reveal of this showcase is Dead Island 2, the long-awaited sequel to 2011’s Dead Island. Two trailers were shown in total, the second featuring a first look at the gameplay of this gory zombie shooter. Releasing in February 2023, Dead Island 2 will feature six playable characters with “larger than life” personalities and is set in Los Angeles, owing to its “pulpy” tone which is a love letter to classic cult horror movies. It has been in development for the last four years and promises to be an over-the-top action RPG with a ton of zombie killing strategies, emphasising both melee brutality and gunplay.

The full two-hour Gamescom Opening Night Live presentation can be watched below to see all of these reveals and much more, including some stranger announcements such as Hideo Kojima’s podcast and the gaming-themed Mini with Pokémon integration. For more Gamescom content on Goomba Stomp, check out our coverage of last year’s event!