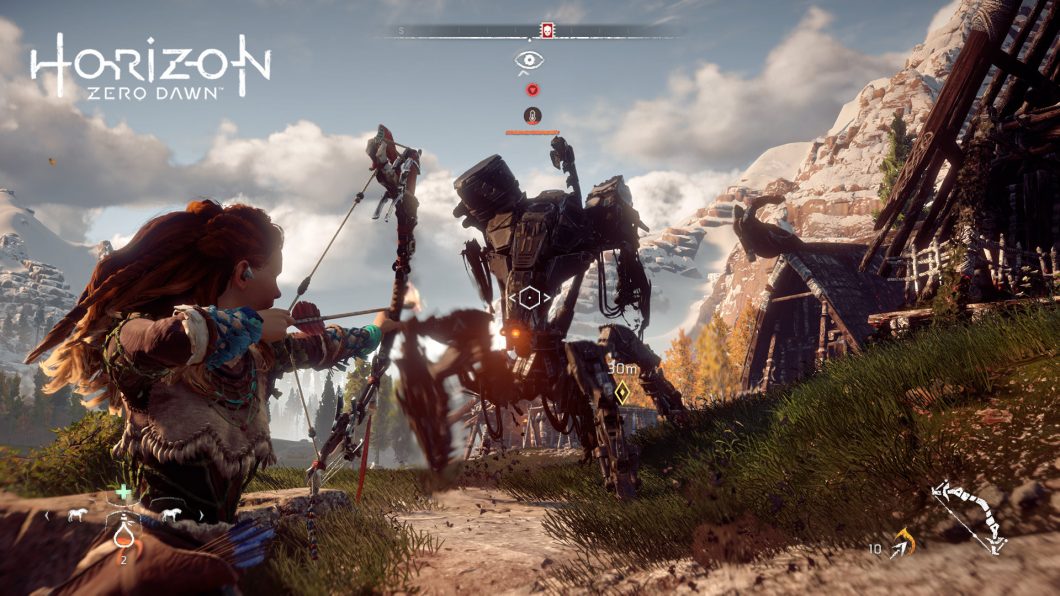 So here’s an alternative to the Goomba Stomp’s Top 10 E3 Trailers. Why not share your own? There are as many lists of best trailers as there are people!

This sort-of-massively-online game (a la The Division or Need for Speed) bucks the more realistic trend in those games and brings us to a cartoony, sandbox world of sunny islands and … surprisingly deep ship-to-ship combat. This trailer is exciting despite the ever-growing popularity of so-called “real life” commentary, and that’s quite a feat.

Sea of Thieves will release on Xbox One and PC early next year. Welcome back, Rare!

9. South Park: The Fractured but Whole

This isn’t a gameplay trailer, though we already know what the gameplay is going to be. This isn’t the flashiest trailer at E3, either, but it doesn’t matter – the trailer for South Park: The Fractured but Whole gives us hope that 2014’s The Stick of Truth wasn’t a fluke, this time taking to skewering the popularity of superhero movies with Parker and Stone’s crass talent.

Now that the production cycle of the game isn’t hampered by THQ’s financial troubles, the release date this year means the humor will be even more timely than the original game, and more like the show. It’s also quite the accomplishment to be one of only two trailers that made both of our Top 10 lists.

South Park: The Fractured but Whole releases on December 6th for PS4, Xbox One and PC.

An affecting short film that very likely has nothing to do with the final product, Death Stranding serves jointly as an audacious “f**-you” to Konami, a strange sci-fi music video, and a metaphor of the rocky twelve months that director Hideo Kojima has been through.

Whether you read the floating figures as casting the shadow of the five previous Metal Gear Solid games, or you just think it’s cool and mysterious, the trailer promises that we haven’t seen the last of Kojima’s special brand of strangeness.

Even the EDM soundtrack can’t hide what this attractive, colorful game from the makers of Metroid Prime and Mega Man really is: an old school adventure platformer in a wide overworld, and puzzles to be solved with your upgrade-able robot pals. The 10-year-old inside me says “yes please”.

We can indulge our inner adventurers when ReCore releases on September 13th for Xbox One and PC.

To be fair, the official Resident Evil 7 trailer shown at E3 is great too, but it can’t match the surprise of RE7‘s VR gameplay reveal. Initially untitled – though clearly by Capcom, thanks to a reference to last year’s Kitchen demo – this P.T.-like teaser is already suspenseful enough before the unnamed protagonist goes and opens a grimy pot of stew (what was he expecting to find?) and sees a figure dart past the doorway. The real shock isn’t even the scary imagery, but that all of this is no spin-off, nor a big-budget indie. The Roman numerals “VII” appear and then, finally we understand: RESIDENT EVIL 7: BIOHAZARD.

Who would have expected Capcom to be so on-the-ball – or more appropriately, baller? As though offering a hundred-percent VR-compatible, pants-browning new entry in the storied series wasn’t enough, the last time the series changed things up this drastically we were given Resident Evil 4, one of the best games of all time.

Resident Evil 7: Biohazard will be spooking us on PS4, Xbox One and PC come January 24th. Hype, much?

All the places you’ll go, and creatures you’ll shoot! It was practically a given that Titanfall 2 would get a single-player campaign at this point, and expectations are high. Respawn’s talent for great campaigns (back when most of its constituent staff were at Call of Duty‘s Infinity Ward) and a promise that the campaign will be lengthy (during its announcement at EA Play) suggest these expectations are no mistake, and the different environments and epic battles shown off in this trailer will be sure to please fans of sci-fi shooters. And that’s all without mentioning the Iron Giant-esque link between player character Jack Cooper and his Titan, sure to help give the game some emotional weight.

This time, Microsoft’s arcade racing series heads to Australia, with more gorgeous cars and the very best vistas to drive by, all captured in-game. While lacking in real surprises, this trailer just knows that it’s got it, and flaunts it – and with Motorstorm out of the picture, Forza Horizon 3 looks to take the off-road racing crown, too.

Forza Horizon 3 releases on September 27th for Xbox One and PC.

Is it Enslaved? Tomb Raider? Monster Hunter? What is this game? A detailed, open-world action-RPG it seems, filled to the brim of weird and wacky machines who lord over tribes of primitive humans. This lengthy gameplay trailer also proves that Guerilla Games’ mastery of graphics can be applied to more fantastical realms than the grittiness of the Killzone games. It looks absolutely stunning.

Horizon: Zero Dawn will release on PS4 at the end of February or the beginning of March, depending on your territory.

Yes, this game gets two trailers in the top ten for its willingness to respond to fan feedback. We had the cool looking single player story that should give the game some extra legs, but even more impressive is the return of the kick-ass Titanfall multi-player.

We won’t have to wait long for Titanfall 2’s single player and multi-player, as it releases on October 28th for PS4, Xbox One and PC.

1. The Legend of Zelda: Breath of the Wild

There was no other way to end, no other choice: Breath of the Wild is just so good that it still makes the top of our alternative Top 10. The first Legend of Zelda game with real voice acting, a minimum of exposition and a whole lot of beautiful visuals and music – but that’s not why this trailer takes the cake.

Rather, it’s continued proof that, despite the comings and goings of the popularity of their systems, Nintendo understands why people love Zelda the most: exploration. The breadth and depth of locations shown in just this trailer tantalise the mind as to what new enemies, items and puzzles players could find therein. Instead of teasing story or nostalgic callbacks to the series’ past, Breath of the Wild shows off a vast, living world and the special joy of discovery that can only be had in video games.

Despite not giving us a release date, many thanks to Nintendo for reminding us why we love games.