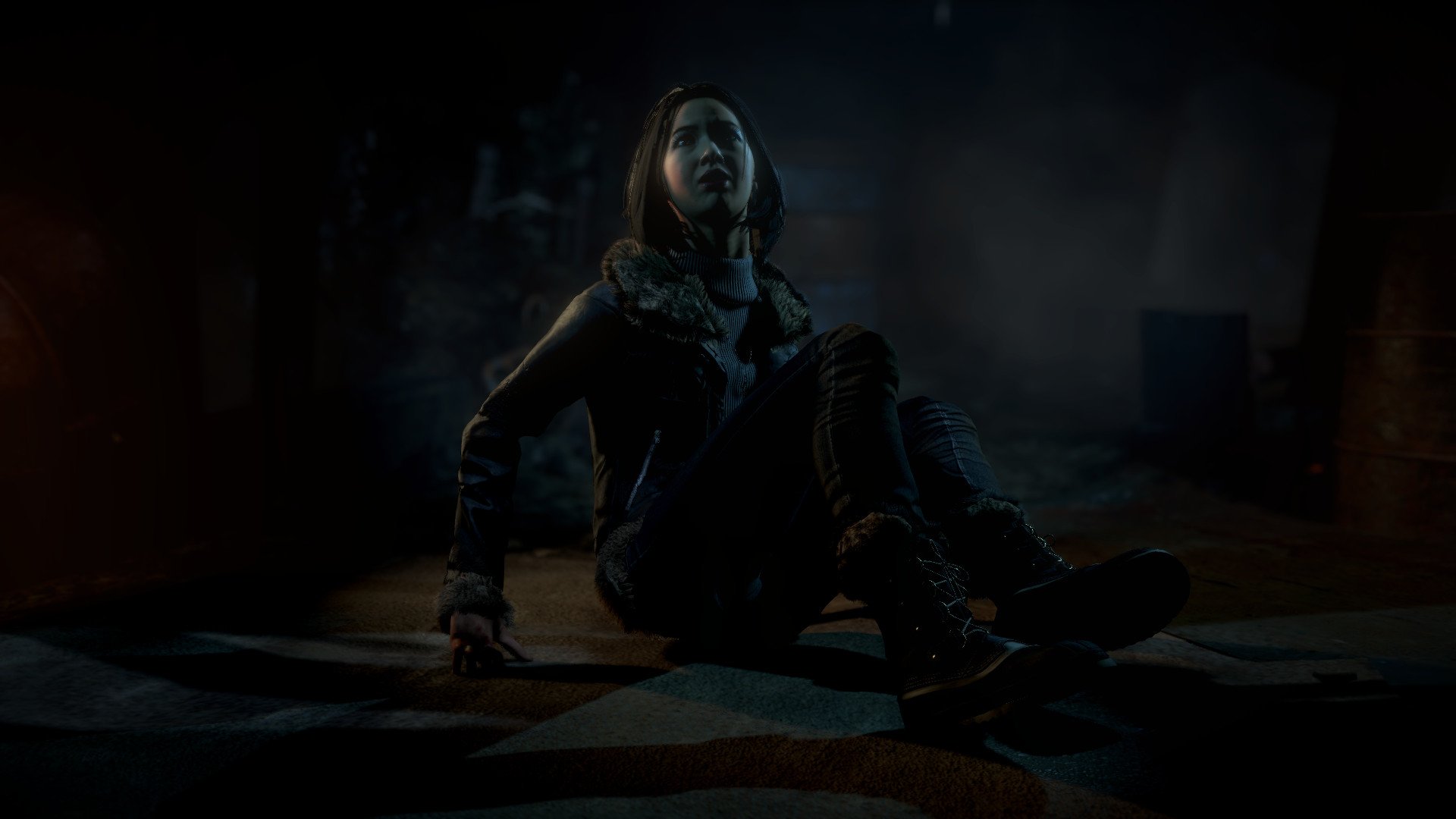 What Makes Until Dawn A Great Horror Game?

Author’s note: Just a quick heads up, there are some pretty big spoilers ahead

A couple of years ago, survival horror/interactive teen drama Until Dawn released on PS4 to some surprisingly positive reviews.

Praised for its intelligent game design, well-written characters, intriguing plot, and wonderfully evocative environments, Until Dawn established itself as one of the year’s best PS4 releases.

Not least because, despite being in many ways a tongue-in-cheek homage to the genre, Until Dawn is, nevertheless, a pretty unique horror experience. The first half of the game, in particular, provides ample evidence for this fascinating contrast.

As soon as the group arrives at the Washington family’s remote mountainside cabin, there’s a strong sense of déjà vu; and not just because there’re plenty of nods to other well-known horror franchises such as Friday the 13th, The Descent, and even Saw.

The gang is comprised of the usual teen-slasher character stereotypes – Mike the jock, Emily the self-absorbed mean girl, Jessica the prom Queen, Chris the goofy nerd etc. etc. – old newspaper clippings, letters, and other such conveniently placed environmental clues litter the cabin, directing the player’s suspicion towards the local psychopath who just so happens to bear a personal grievance against the Washington’s, while even the setting itself, with its isolated homestead, disused mine, and defunct sanatorium, scream by-the-numbers horror flick.

But it doesn’t take long before we realise Until Dawn is actually far more than a simple tribute act, and the superficial similarities that characterise the first hour or so of the game are just that: they’re skin deep.

From a narrative perspective, the fact that developer Supermassive Games refrains from revealing the identity of the culprits until relatively late in the story, throwing in plenty of false starts and gloriously cheap jump scares early on to get the pulse racing and ramp up the tension, keeps the player in a constant state of uncertainty and suspense. True, the bait and switch isn’t exactly the most original of narrative devices, but the sense of mystery that permeates the entirety of the first half, perhaps even the first two-thirds of the game, keeps the player invested in the story from start to finish.

In fact, now that I think of it, the second half/third of the game doesn’t fall short simply because, once we discover a combination of protagonist Josh and a brood of bloodthirsy Wendigos are behind the strange events that have been plaguing the group since they arrived on the mountain, all sense of mystery has been stripped away, but because, after such an intriguing build-up, the big reveal fails to live up to our expectations; the Wendigos especially feeling somewhat contrived and out of place.

Be that as it may, Josh is still a very effective and well-written pseudo-villain and, more importantly, the wider cast of genre stereotypes and other, more nuanced characters, are truly excellent.

Ersatz jock Mike comes across as typically arrogant and inconsiderate at the start, especially during the prologue scene in which the gang plays an awful prank on Josh’s now missing sister: the demure Hannah. However, following an interrupted tryst with vacuous it-girl Jessica, over the course of the rest of the game, Mike gradually reveals himself to be brave and selfless. For example, he goes out of his way to scour the eerie and dilapidated ruins of the Blackwood asylum once Jessica goes missing, while towards the end of the game, instead of running away to save his own skin, he returns to the mansion in the hopes of finding and helping his remaining friends escape the insatiable Wendigos (assuming he’s still alive and kicking at this point, that is).

Ashley’s character arc similarly subverts the genre stereotype she’s assigned at the beginning. Initially portrayed as the kind, intelligent member of the group whose personality clashes awkwardly with the rest, making her close relationship with the others a little difficult to explain. By the time the end credits roll around, we discover she actually has a bit of a selfish streak and, when pushed, can even be vindictive. When Sam goes missing, for instance, she tries to convince Chris to abandon her and concentrate on saving themselves. However, far from harming Ashley’s character, it adds an additional layer of depth to her personality and, in a strange way, makes her more relatable.

To be fair, not all the cast display such originality. Both Jessica and Emily could slot neatly into any number of typical teen-slasher flicks; Chris, despite the odd moment of bravery, rarely deviates from the bumbling comic relief archetype; and Samantha remains squeaky clean throughout (though, if I’m being cynical, I’d say this is due mainly to the fact she’s played by actress Hayden Panettiere, thus Supermassive felt obliged to make sure she came across well).

Even so, over the course of the game, we can’t help but be drawn to this eclectic group of characters. We celebrate when they escape seemingly perilous situations and mourn when one of them dies; not just because, as gamers, we hate making irrevocable errors, but because we’re genuinely sorry to see our slightly obnoxious digital companions suffer as a direct consequence of our mistakes: yes, even Emily.

Now, it’s true, the player has a certain amount of control over the way each character developers through conversation trees and the choices they make during quick time events, which, consequently, affect the way the story progresses too. Yet, if anything, this increases the number of opportunities to fine-tune the experience and direct the narrative in our own, unique way.

For instance, although Mike’s generally not as much of a bastard as we’re led to believe at first, it’s for the player to decide exactly how courageous and selfless he acts during the game; the player doesn’t have a binary, black and white choice but can opt for something greyer in between. Likewise, it’s possible to dilute some of Emily’s innate bitchiness, alter Matt’s inborn sensitivity, and make Chris slightly less feckless.

Crucially, this intrinsic mutability heightens the sense of danger that permeates the story as, unlike Heavy Rain or indeed any of David Cage’s other narrative-driven games, the story doesn’t turn on one or two individual moments.

Rather, the experiences and fate of each individual character are determined by the sum total of every choice the player makes over the course of the game; Supermassive’s version of the ‘butterfly effect’. Consistently put Chris’s own safety above Ashley’s, for example, and she’ll refuse to save him; fail to find enough clues as to Hannah’s fate and Josh won’t survive.

Therefore, because every action seems to matter, the player often finds themselves deliberating over seemingly innocuous decisions. So, when Emily has the opportunity to fire the flare gun in chapter 6, the player can’t help but wonder if doing so will actually summon help or if it will draw the attention of the group’s as yet unidentified assailants instead. Similarly, when Sam’s hiding from the psychopath in an old elevator shaft at the bottom of the mansion, the player doesn’t know if being caught here will result in her death or if this potentially fatal outcome is, ultimately, little more than another bump in the road; an optional hurdle that can be cleared if approached in the right way.

Knowing that the death or survival of each character, and thus the conclusion of Until Dawn itself, isn’t dependent on a single event that occurred hours before ensures the moment-to-moment gameplay is always tense and unpredictable, which, in turn, gives it a far higher replay value than any Quantic Dream title to date.

Before I finish my panegyric to Until Dawn, I’d be remiss if I didn’t dedicate a couple of paragraphs to the gorgeous setting and incredibly evocative environments I mentioned in passing earlier.

Featuring a cabin-in-the-woods-style mansion located well beyond outside assistance, a long-abandoned mine, and a disused asylum, each of Until Dawn’s locations pay tribute to one horror series or another. Yet, though familiar to anyone with even a passing interest in the genre, much like the characters and the story, they’re presented in a highly original way.

Take the asylum. Far from being just another abandoned medical facility with a dark past, you know, a place that was once home to the kind of inhuman experiments and unimaginable suffering that, if ghosts existed (they don’t, obviously), would be prime real estate for a vengeful spirit. The asylum is presented as a perfectly legitimate hospital that, through no fault of the administration or its doctors, simply fell out of use not long after it was rather unfortunately lumbered with a bunch of cursed miners.

Similarly, the Washington family’s mountainside retreat manages to feel both fresh and familiar, never crossing the line between thoughtful tribute and hackneyed rip-off.

Of course, it helps that Until Dawn is rendered so beautifully in the Decima Engine. Everything from the filthy cells of the Blackwood sanatorium and the mansion’s romantic, cozy interior, to the snow drifts that blanket the mountainside and the atmospheric lighting that’s both magnificently oppressive and useful for concealing the occasionally awkward facial expressions of the characters are expertly crafted. In fact, in some ways, I wish it wasn’t quite so picturesque; then I might not feel so compelled to keep my eyes glued to the monitor and thus vulnerable to the horror that lurks around every dark corner.

In the two years following Until Dawn’s release, there’s been no word from Supermassive Games or publisher Sony Computer Entertainment of a direct sequel – unless you count on-rails virtual reality shooter Rush of Blood or forthcoming PSVR expansion The Inpatient.

Now, I can’t say I’m overly disappointed. The conclusion was pretty satisfactory after all and doesn’t really need expanding. That being said, I would love to see Supermassive return to the genre in future or another developer, realising the potential of this type of horror game, give it a go instead.

Being able to play out classic scenarios and essentially direct your very own horror movie is, as Until Dawn proved so successfully, extremely satisfying if a little bit terrifying. Anyway, we all enjoy wielding the power of life and death over a bunch of semi-obnoxious teens, right?