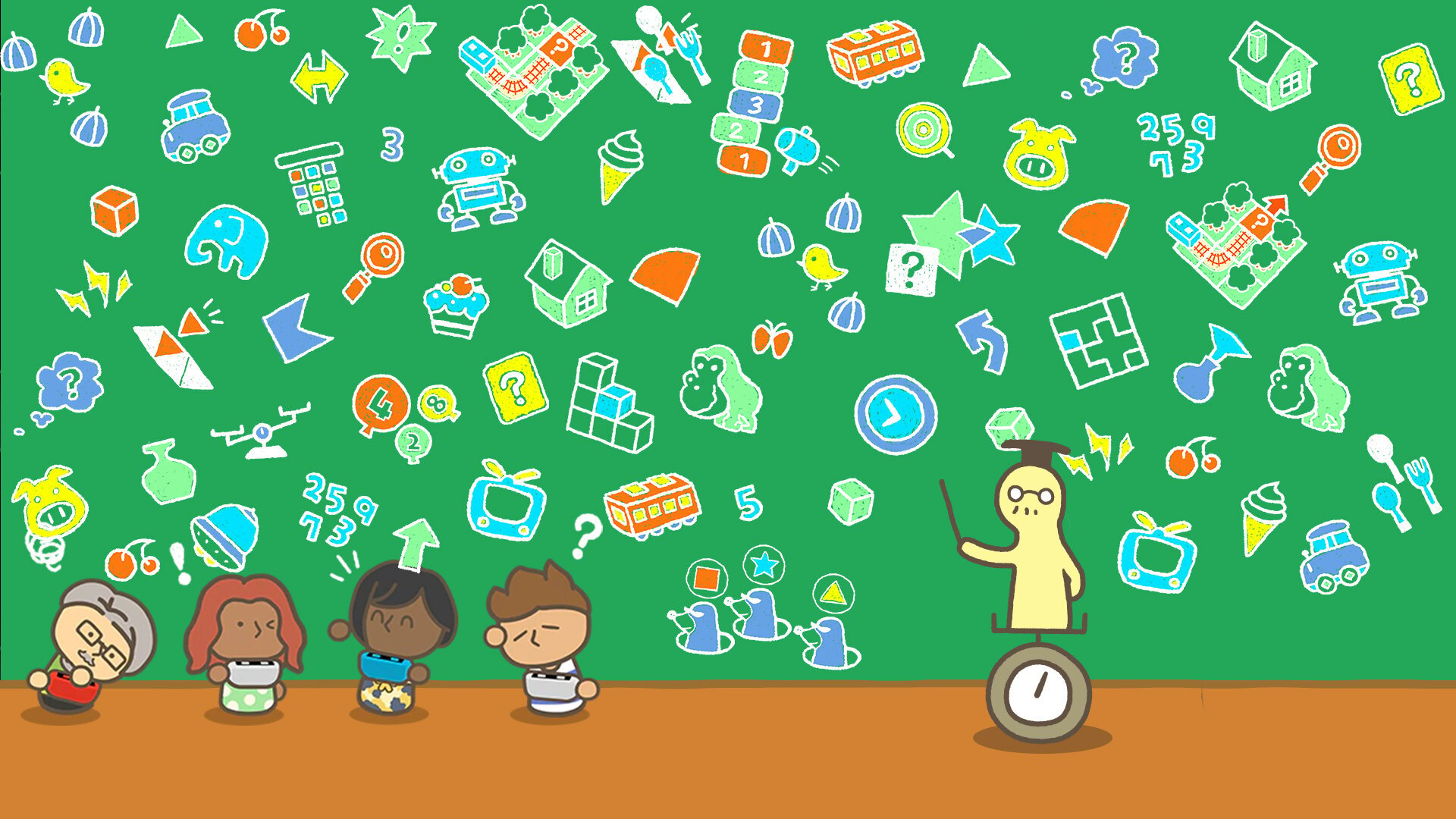 Nintendo may not be ending off the year with one last traditional mega-budget release, but it’s not throwing a soft-ball either with its recent return to one of Satoru Iwata’s popular “blue ocean” strategy titles. Big Brain Academy: Brain vs. Brain reopens the door to Dr. Lobe’s simple education institution with a smart new approach to competitive design.

While on the surface its challenges may not seem to offer the most thought-provoking questions to overcome or even anything the franchise has not tackled before, its latest series of brainteasing exercises require more than the usual shot of serotonin to compete. Even if it might feel like an innovative multiplayer experience more at home on the Wii or DS, Brain vs. Brain is without a doubt the best scholarly battle the Big Brain Academy series has ever had to offer.

Get Your Thinking Cap Back On

For those unfamiliar with Dr. Lobe’s institution, Big Brain Academy is a series focused on brainteaser mini-games. Designed to be digestible in short increments, the series constantly tests players with exercises centered around adaptable and basic headscratcher activities. Whether you are five or thirty-five, Big Brain Academy challenges all ages by putting their ordinary skills to the test. It’s not an educational tool that will test advanced science or language knowledge, but it will get players to think fast and academically.

At its heart and soul, Brain vs. Brain once again harnesses Nintendo’s “approachable from all angles” ideology that drove the series to global fame. Again, the game still feels completely in line with the franchises that were part of Nintendo’s blue ocean strategy which aimed to bridge the gap between hardcore and casual gamers. Graphically, the game masquerades in a cutesy aesthetic as colorful and lighthearted as any other casual-catered Nintendo experience birthed on the DS and Wii. The art style is nothing to be impressed over, but it perfectly fits the educational vibe thanks to its simplistic hand-drawn-like imagery and vast color palette.

While all the other Big Brain Academy entries definitely had an approachable philosophy, Brain vs. Brain goes a step beyond ensuring that everyone is included in Nintendo’s long-standing sentiment. Similar to previous titles, the game features a structure reliant on different disciplinaries of mental agility to master. Each of the five disciplinaries contains four exercises. Answer each question correctly, and you’ll win points. Get it wrong, however, and you’ll watch your score totaled under 100 either drop or hold. With 20 exercises to challenge, Brain vs. Brain offers just enough variety to keep everyone’s internal grey matter refreshed. It may not offer anything that different from the other entries, but every exercise has been thoroughly designed to be accessible to any education.

Big Brain Academy: Brain vs. Brain is admirable accomodating for the minds of its wide player base. Rather than having up to four players partake in the same difficulty, users are given free rein over how they would like to compete in their own competitions. The result is a system that is constantly keeping the odds of winning fair and thrilling despite how different the educations of its competitors may be. The ability to choose your difficulty before each match allows players to progressively challenge themselves or keep to a steady pace that works for them. Just because you may have a college degree does not mean that the middle-schooler you are up against has no foreseeable chance of victory.

It’s Not Always About a Degree

As it continues to perfect an already substantial formula, the only real drawback of Brain vs. Brain is how the content itself can be minuscule in size and lack distinctive play options. Considering this is a title at half the price of Nintendo’s usual premium cost, it’s easy to excuse the fact that Brain vs. Brain only offers a miniature array of disciplines to choose from. It would be neat to see Nintendo add more exercises beyond the generalized math, memory, and recognizations games. Perhaps tools to teach words from a language, grammatical placement, and object identification could have been added as a spice of variety, but what is available is still fine enough and has always worked for Big Brain Academy.

Big Brain Academy: Brain vs. Brain also feels like the type of game that could have included educational lessons for both an older and younger player’s benefit — probably moreso the latter, though. Overall, the game just comes off as something that could be magnificently expanded upon for legitimate educational purposes. For that matter, what Brain vs. Brain really lacks most of is ways to play by yourself and with friends. Considering that the title is reliant on reusing the same 20 exercises, it is a shame that there are only two different ways to play through the five disciplines with friends. Both the “Spin the Wheel” and “Choose a Category” options keep the game’s pace rapid but do not offer many options in terms of playtime or variety that can change up each play session.

On a side note, it should be noted that the game does work with both touch and button controls–with the touch-based options feeling far more efficient. Harking back to the idea that this game feels very much a part of Nintendo’s aforementioned blue ocean time, Big Brain Academy: Brain vs. Brain just tends to work far better with touch controls. The button scheme is completely fine, but it is hard not to play the touch version and immediately see why it was the way to play the game. Considering the entire title is littered with large buttons and prompts, there is no doubt it was designed for players to quickly touch a display with answers rather than maneuver around to different answers with an analog stick or d-pad.

Made With an Education

Considering all of its goals and aspirations, Nintendo has created another brilliant educational experience with Big Brain Academy: Brain vs. Brain. In terms of multiplayer with friends and family on the same couch, the latest entry in the series thrives beyond what audiences would expect from its prior educational standings. While it is a shame that the game lacks a true online multiplayer, its quality of life changes to Big Brain Academy as a whole, and the clean presentation will instantly connect players to its array of exercises like pens and paper. For anyone looking to battle it out with the power of basic education, Big Brain Academy: Brain vs. Brain offers exactly what you are looking for at a low price.