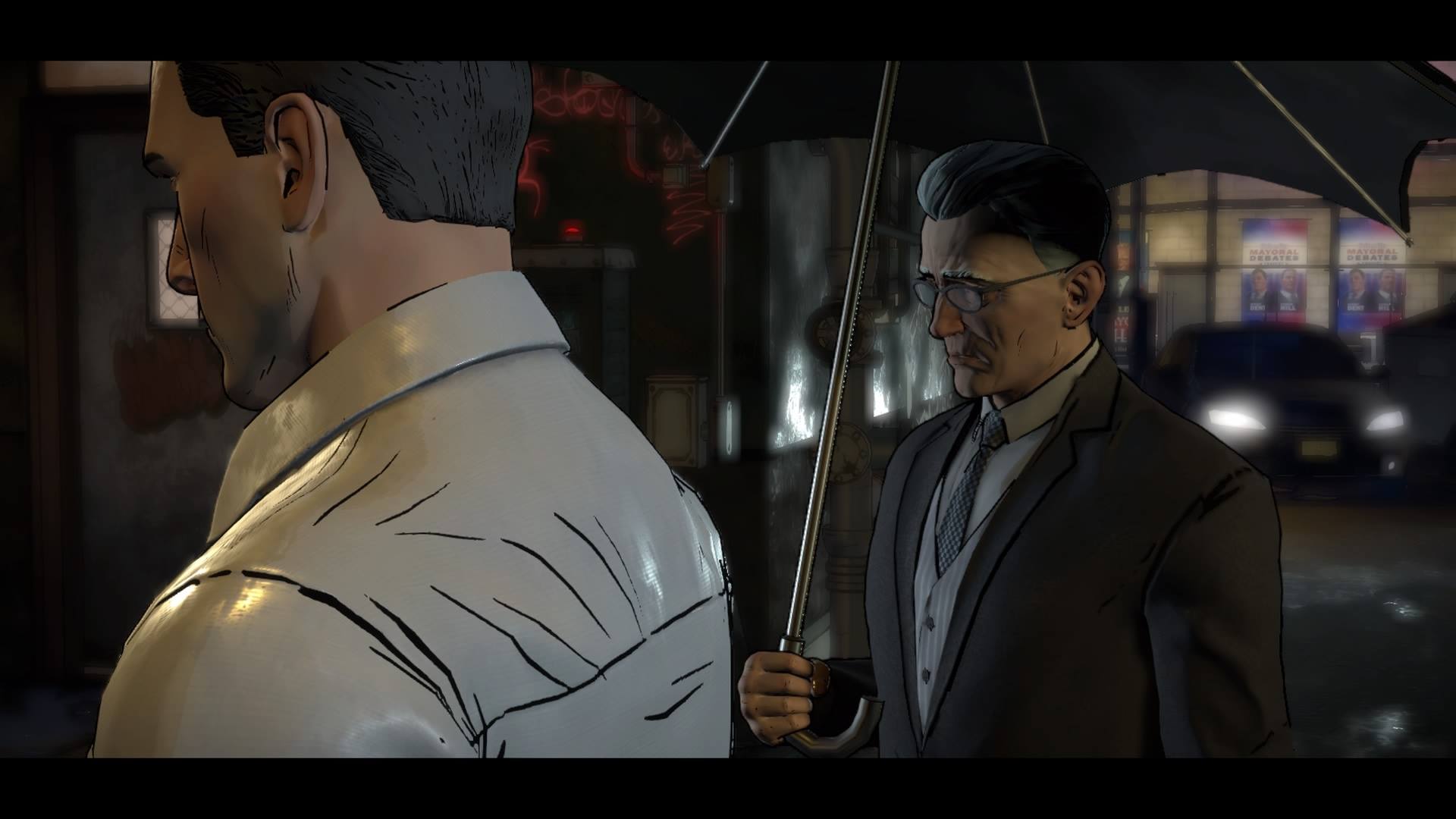 If you enjoyed the first episode of Telltale’s take on Batman, it was likely – at least in part – thanks to the way it subverted well-known lore to create an actual, original Batman story, or at least the beginnings of one. I’m happy to say that the second episode manages to continue this trend while introducing characters both old and new.

The second game begins in Crime Alley, which any fan of the series will recognize as the location that Bruce Wayne’s parents were murdered by the equally ill-named Joe Chill. This scene singularly represents Telltale’s approach to the series; we briefly retread Batman’s origin story but are hit with a hefty twist in the first few minutes. In other words, Telltale isn’t interested in sticking to the standard Batman mythos. This decision is what makes the series feel so enthralling, even if the episodes have some room to grow. 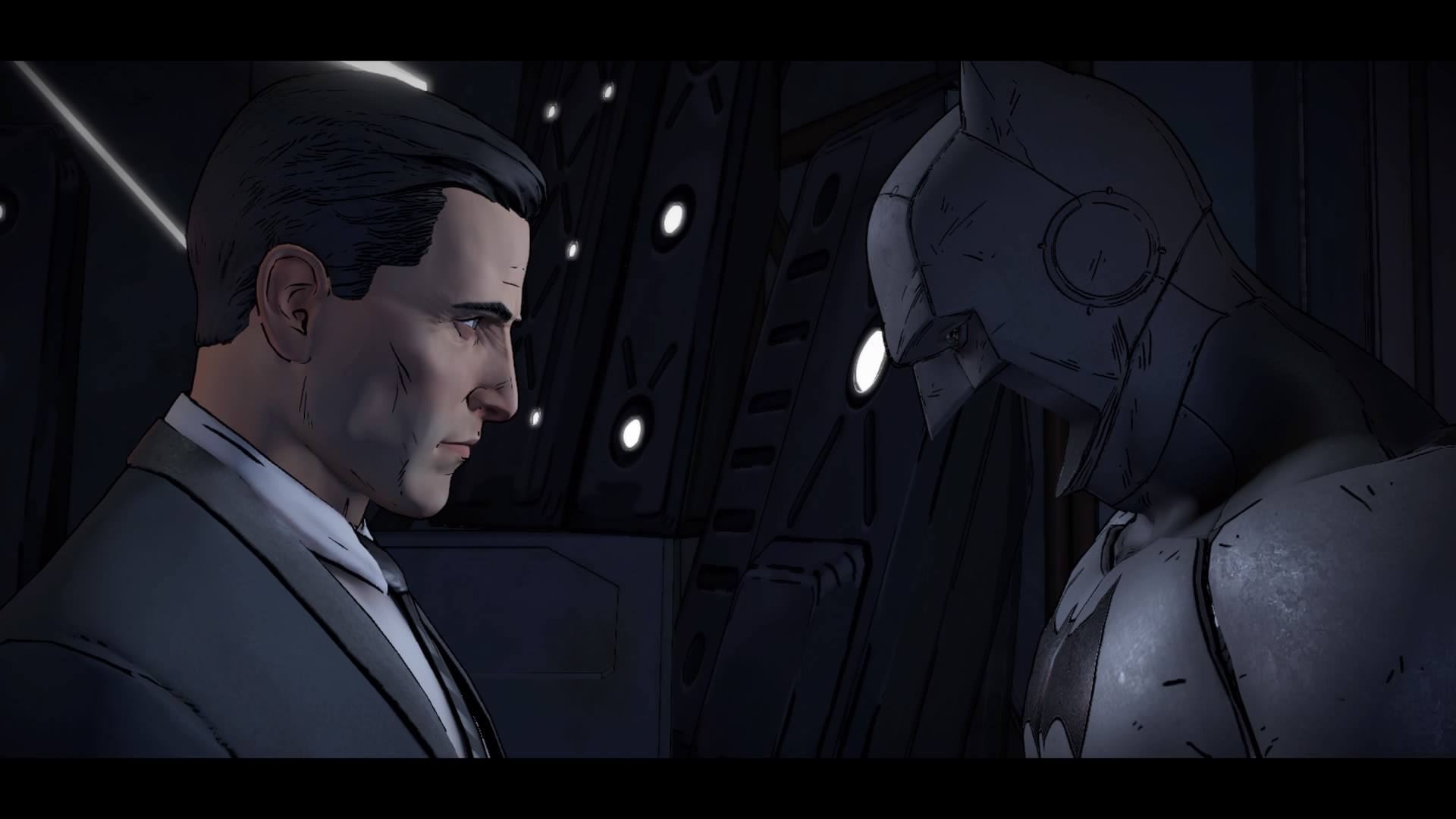 Dichotomy is at the heart of the story, with just about every character sharing scenes of heavily contrasting opinions, but this is especially true of Bruce Wayne and Batman. While the two always feel like the same character, their actions differ vastly, and there’s a real sense of freedom that comes from donning the cowl. Brilliantly, the player gets to choose who to tackle a key objective as – Bruce, or the Batman. The following scene plays out very differently depending on your decision, and it’s hard to tell which decision is best.

This tough decision-making is scattered throughout the episode, though if previous Telltale games are anything to go by, it’s hard to say if they’ll really amount to much as the series progresses. The illusion is complete on a single play through, but the impact of your choices is already beginning to fall apart in the second episode if you take the time to go back and replay the first. There’s a key decision in the second episode that promises to drastically change the third though, so it’s too early to say for sure how it’ll all play out.

The action is also nothing to write home about. As usual, combat is determined by simple quick-time events, and losing a battle simply results in the ability to restart rather than any kind of story consequence. Where the Arkham games succeeded so brilliantly at making you feel like Batman in combat, Batman: The Telltale Series falls flat. There’s also a disappointing lack of the promising detective mechanics from the first episode. 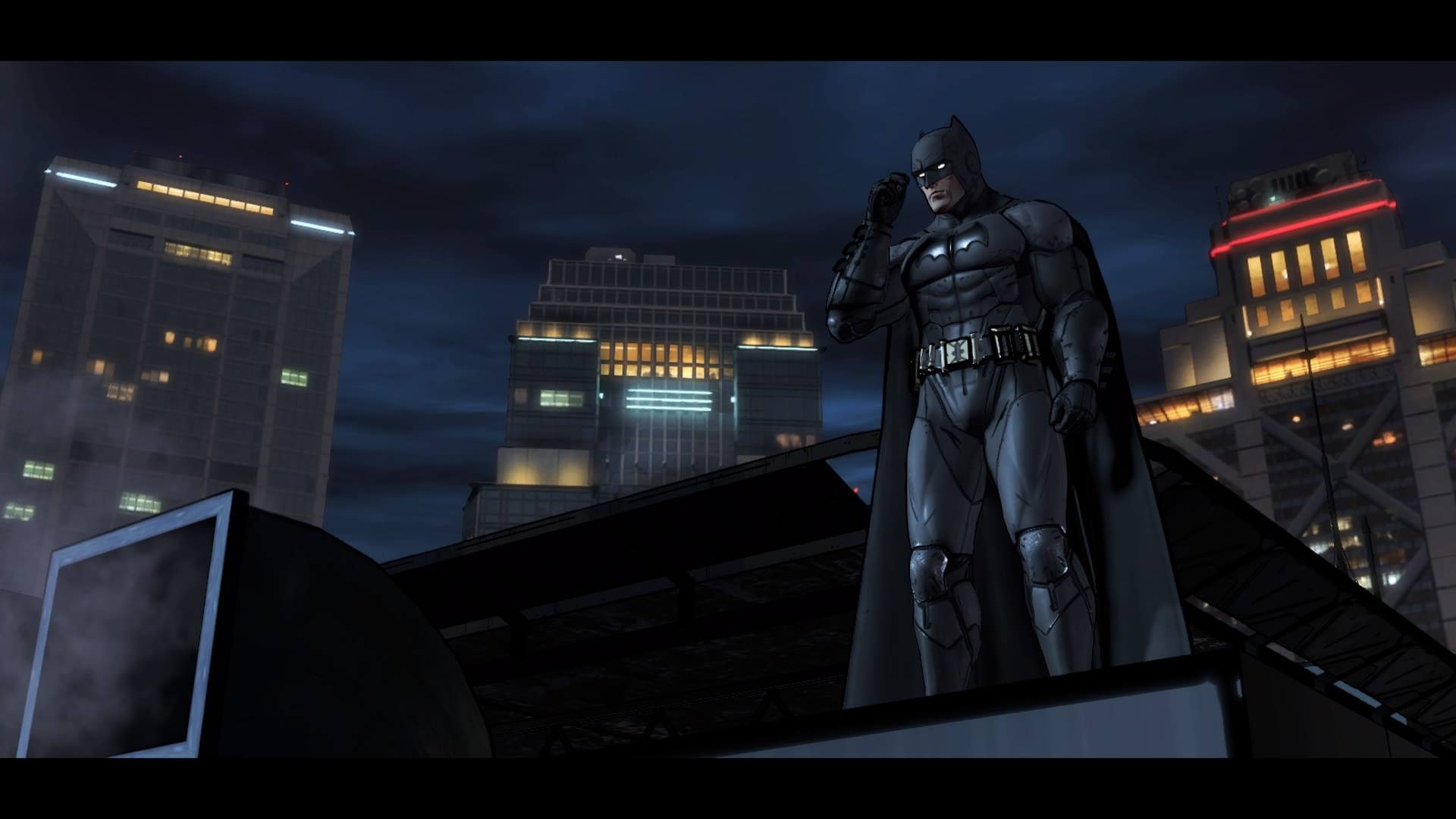 It’s not all bad though. As in the first, this episode has a scene where you plan a series of takedowns against a group of thugs, though with much higher stakes. This scene is exciting, interesting and makes you finally feel like Batman, though it’s only a small part of the whole.

Speaking of which, this episode is considerably slimmer than the first, running twenty to thirty minutes shorter. This isn’t necessarily bad though, since this episode felt more tightly driven and exciting the whole way through.

We’re introduced to a new take on a famous villain as well as a new villain entirely, which are both exciting prospects. While I felt that one lacked charisma and wasn’t particularly memorable, this is somewhat offset by the existence of the other. This is obviously quite vague as to be spoiler-free, but it’s worth noting that while the villains don’t shine especially bright, they’re both far from boring and manage to promise a lot more to come. 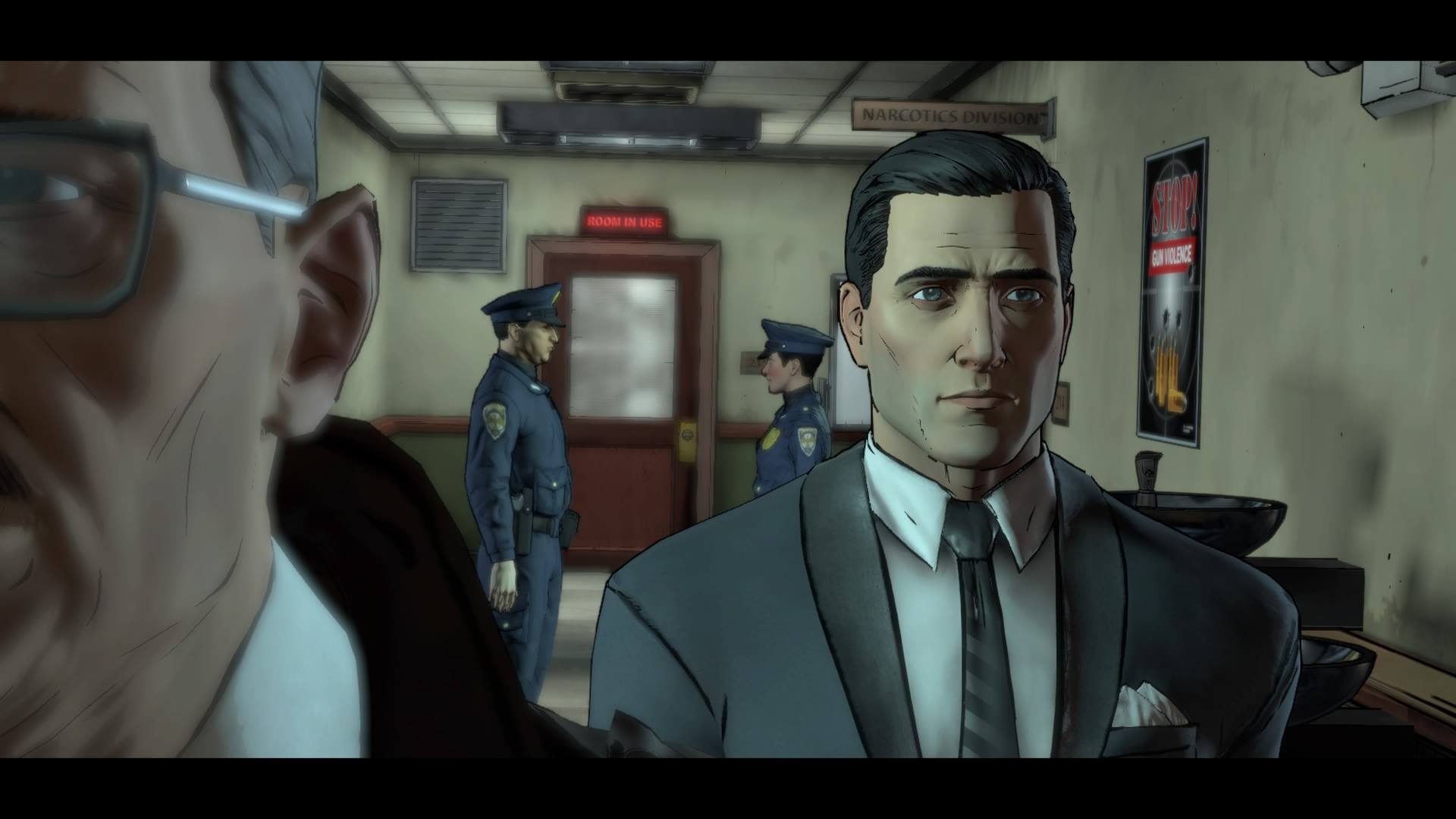 This really sums up my experience with episode 2. It’s a fascinating take on Batman lore that promises a lot in the future, while still managing to squeeze in exciting moments. The last decision is especially hard to make, with seemingly no right or wrong answer. Unfortunately, some of this is undermined by Telltale’s engine, which still doesn’t manage facial expressions or dramatic movements all that well.

The usual episodic caveats apply, of course. It’s hard to know how impactful decisions will be, and there’s every chance the story will fall apart in future episodes. Still, episode two is even more promising than the first, and it’s the first time that I’ve been excited for a Telltale series since The Wolf Among Us. I played on PS4 and didn’t run into any technical issues.