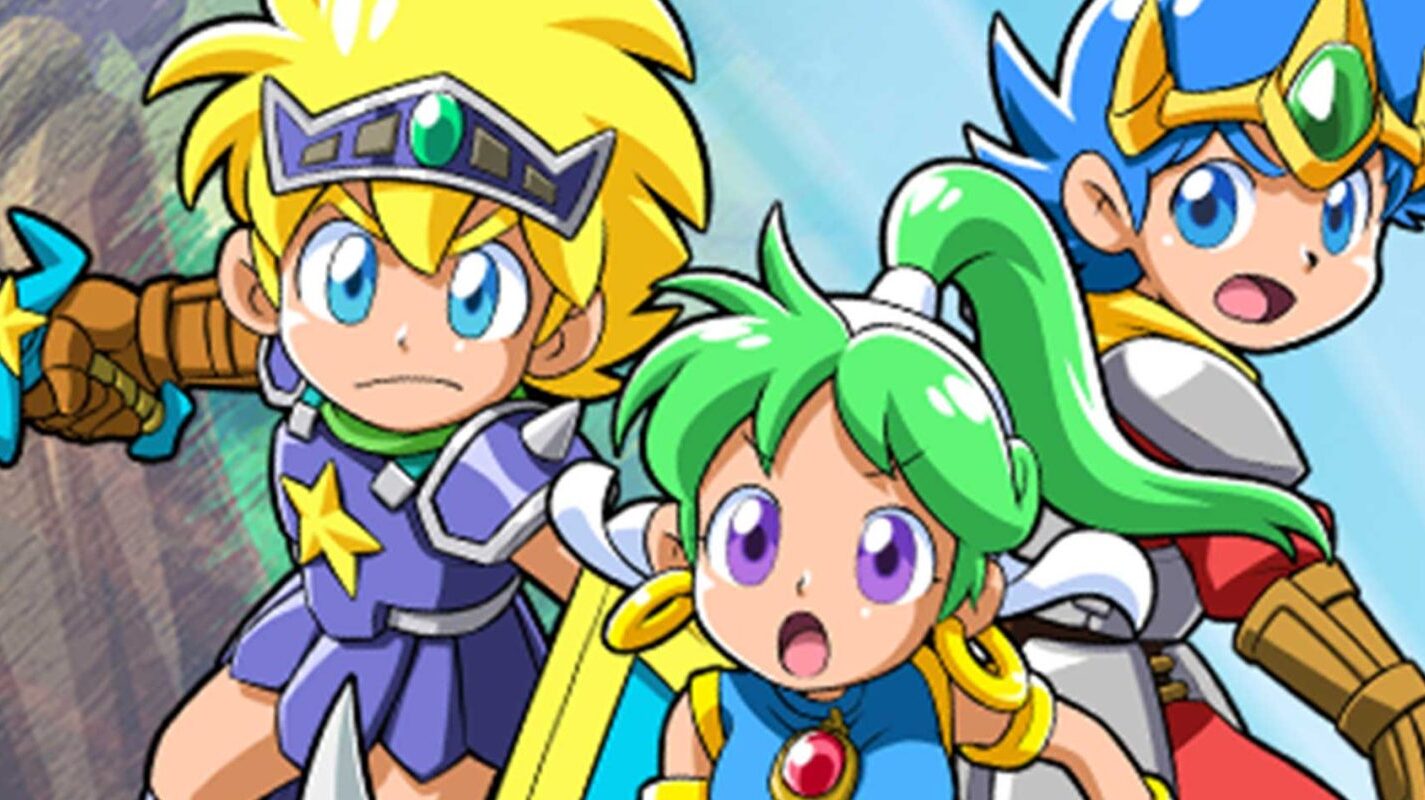 The Wonder Boy series may not be a household name in the platforming pantheon, but it has a legacy of innovation worth celebrating. While genre heavyweights like Mario and Sonic were refining the traditional platforming formula, Wonder Boy developer Westone opted to experiment: each entry in the franchise toyed with gameplay elements like exploration and action roleplaying mechanics, years before they would become widespread in the genre.

After years of relative obscurity, the series has enjoyed a renaissance in recent years thanks to a stream of remakes, remasters, and all-new sequels—and now, Wonder Boy Collection looks to put the series’ lengthy history back in the spotlight by compiling four of its most influential entries. While the package itself leaves something to be desired, the included lineup and its quality-of-life enhancements make Wonder Boy Collection a solid snapshot of platforming history fit for longtime veterans and genre aficionados.

Wonder Boy Collection’s lineup is its greatest strength, including Wonder Boy, Wonder Boy in Monster Land, Wonder Boy in Monster World, and Monster World IV. These are four very different games: the first two hail from the series’ origins in the arcades and are the simplest of the bunch, while the third and fourth games are from the series’ maturity on the Sega Genesis and introduce bold changes with their gameplay. This assortment gives a bird’s eye view of the franchise’s development over time, and by association, gives a broad overview of the evolution of the platformer as the genre gradually branched out to incorporate more diverse gameplay ideas.

The original Wonder Boy is by far the most straightforward game in the collection: players control a near-naked Wonder Boy who must run endlessly to the right of the screen, jumping over chasms and avoiding (or occasionally fighting) enemies along the way. The main gimmick here is that Wonder Boy is constantly starving, and if you don’t grab food items while you’re on your journey, the poor hero will starve to death right on the spot. These gameplay mechanics would become better known through loose adaptations and successors like Hudson Soft’s Adventure Island, but Wonder Boy is still a simple but charming romp for an early arcade platformer. Expect a handful of retro difficulty spikes and unfair jumps that require pixel-perfect timing, but aside from that, the series’ debut put it on a promising track.

The franchise started coming into its own with the arcade follow-up, Wonder Boy in Monster Land. This action platformer eschews the basic linearity of its predecessor and starts to introduce more open-ended exploration, items, status upgrades, and abilities. These handfuls of changes turn the game into a rudimentary action RPG: while difficulty spikes are just as apparent as ever, this title represents a fascinating turning point as the series began to move away from simple addictive arcade-style experiences towards more expansive linear adventures.

With Wonder Boy in Monster World, the first game in the series to be developed exclusively for a home console instead of arcade machines, Westone doubled down on the promises of Monster Land and offers an ambitious adventure filled with new items to experiment with, branching paths, and upgradeable abilities and items that can unlock new paths forward. It’s not quite a metroidvania in today’s sense of the word, but its open-ended design makes it stand out from other platformers of the early 90s.

Yet Westone truly did save the best for last with the confusingly titled Monster World IV: the last game in the series to be released on the Sega Genesis, Monster World IV boasts stunning sprite work, an endearingly “meta” sense of humor (NPCs often make allusions to platforming and roleplaying tropes), and a colorful world that invites exploration. It may have had a full 3D remake last year, but the Genesis original stands as a strikingly modern experience on its own. This title alone is worth the price of admission for the collection as a gem of platformers from the 90s.

As excellent as the included games may be, it is with the package surrounding them where Wonder Boy Collection starts to fumble. The compilation includes many of the modern conveniences that have become standard for retro rereleases: you have a full assortment of save states, fast forward and rewind abilities, display options (including pixel perfect, CRT filters, and more), and a modest gallery of concept art and box art, along with some light trivia about each included game. On top of all that, the emulation for each game is immaculate, with crisp visuals and responsive controls, while the menus are simple, clean, and easy to navigate.

The collection is lacking some notable features, however. Both arcade machines and the Sega Genesis featured control schemes that were quite unlike modern gamepads—you’d be hard-pressed to find a C button or a coin slot on a Joy-con, for example. Wonder Boy Collection only halfheartedly accounts for this: while there are button-mapping options, the game never spells out how buttons from the games’ original platforms translate to modern hardware. This spells serious issues for moments in games like Monster World IV and Wonder Boy in Monster Land, which often tell players to press specific buttons on the Genesis controller to proceed. Without a concrete button map, modern players will often be sentenced to unnecessary trial and error just to figure out how to play the game.

Perhaps most crucially, though, most players will experience an incomplete collection. The standard version of Wonder Boy Collection includes the four games described above—yet the physical special edition, strictly limited to 2,000 copies, includes two additional games: Wonder Boy III: Monster Lair and Wonder Boy: The Dragon’s Trap. Not only that, but the special edition also includes numerous variations of each included game, such as the Game Gear port of the original Wonder Boy, the Master System version of Wonder Boy and Wonder Boy in Monster Land, and various Japanese and International versions of each included title.

Locking so much extra content behind a limited physical edition is baffling at best, and downright offensive to general audiences at worst. All it does is artificially inflate the value of a collector’s item that was inevitably going to sell out anyway, while giving the short end of the stick to all but the most dedicated fans. And worst of all, Monster Lair and The Dragon’s Trap are two of the very best Wonder Boy games altogether, meaning that major chapters in the series’ history are being arbitrarily omitted from what should have been a celebration of the series. The four games included in the base model of Wonder Boy Collection are certainly competent in themselves and more than worth the price of admission, but it’s a shame how meager they look in comparison to the mountains of additional content that only a much smaller audience will ever be able to appreciate.

As frustrating and limited as this compilation may be, at its core, Wonder Boy Collection still succeeds at what it sets out to do. By collecting four seminal entries in this quietly revolutionary series, it delivers a striking overview of the development of the platforming genre over time, showing how the medium gradually matured to include gameplay elements as disparate as freeform exploration and action roleplaying. While the package may lack a few quality-of-life enhancements and it may not have the extensive extras included in its limited edition, Wonder Boy Collection is an easy recommendation for fans of the series or platforming enthusiasts who want to appreciate one of the genre’s unsung heroes.