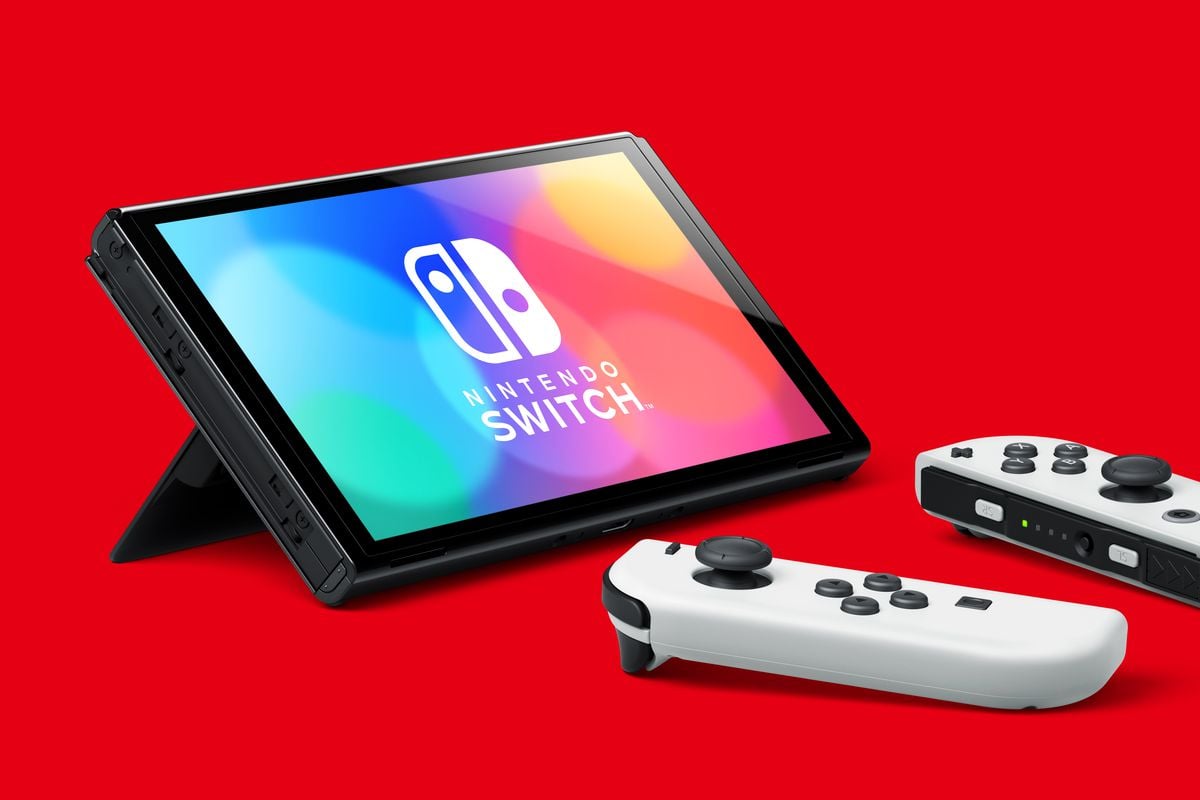 Rumors have swirled for more than a week about an imminent inaugural price cut for Nintendo’s king of handhelds, and it was finally confirmed…sort of. Nintendo recently announced a price cut of their standard Nintendo Switch from £280 to £260 in the UK, and €330 to €270 in other territories. While a price cut alone may not be of any interest the context in which said price cut occurred leaves room to wonder if the standard Switch is long for this world.

Earlier this summer Nintendo disappointed nearly everyone at once with the announcement of their Nintendo Switch OLED model in place of what many expected to be a Switch Pro. The OLED model includes a significantly larger and more robust kickstand, a built-in ethernet jack, and of course a larger OLED screen. At the time Nintendo confirmed there would be no changes to the actual hardware powering the device, meaning the OLED model would be running the same system on a chip (SOC) that the original Switch launched within 2017. The OLED model will launch on October 8th for $350 and therein lies the rub.

There are many things that Nintendo is: a great game developer, hardware innovator, and home to some of the best memories of many childhoods. But one thing that Nintendo isn’t is a mom-and-pop small business type operation. The big N is a huge corporation and with that comes economists and data analysts on staff monitoring market trends and helping dictate the price of Nintendo’s products.

Nintendo struggled to keep the Switch on store shelves for months after its 2017 launch and again after the coronavirus pandemic swept the world in 2020. The fact of the matter is, nearly five years post-launch Nintendo still struggles to keep up with demand for the Switch. That being the case, those market analysts are left to beg the question as to why they continue to price a product at $300 when the market will clearly tolerate a higher price. So, a minor upgrade and a $50 price hike later and the Switch will start to realize profits that were previously being left on the table.

With a price drop in some regions, we are left wondering if the writing is already on the wall for the standard non-OLED Switch. If the SOC in both consoles is the same and the biggest improvement from one to the other is an OLED screen that was purchased in bulk from Samsung, then surely the OLED model is the Switch on which Nintendo will realize a greater profit. So, if one Switch makes more money than the other, and the savings of manufacturing fewer SKU’s, will likely make up for the segment of the market that is unwilling to either pay an extra $50 for the OLED model or settle for the Lite then the move that is in Nintendo’s best interest is to axe the standard Switch. In order to do that Nintendo would have to offer the first price cut in the history of the console in order to clear them off shelves so they can then fill that space with OLED models like they’re already planning on doing in just a few week’s time.

The final nail has yet to be put in the standard Switch coffin and this price cut being regional leaves some hope alive. But if Nintendo is already selling every Switch they can produce, wouldn’t it be foolish for them to not try to squeeze a bit more juice out of the little console that could?