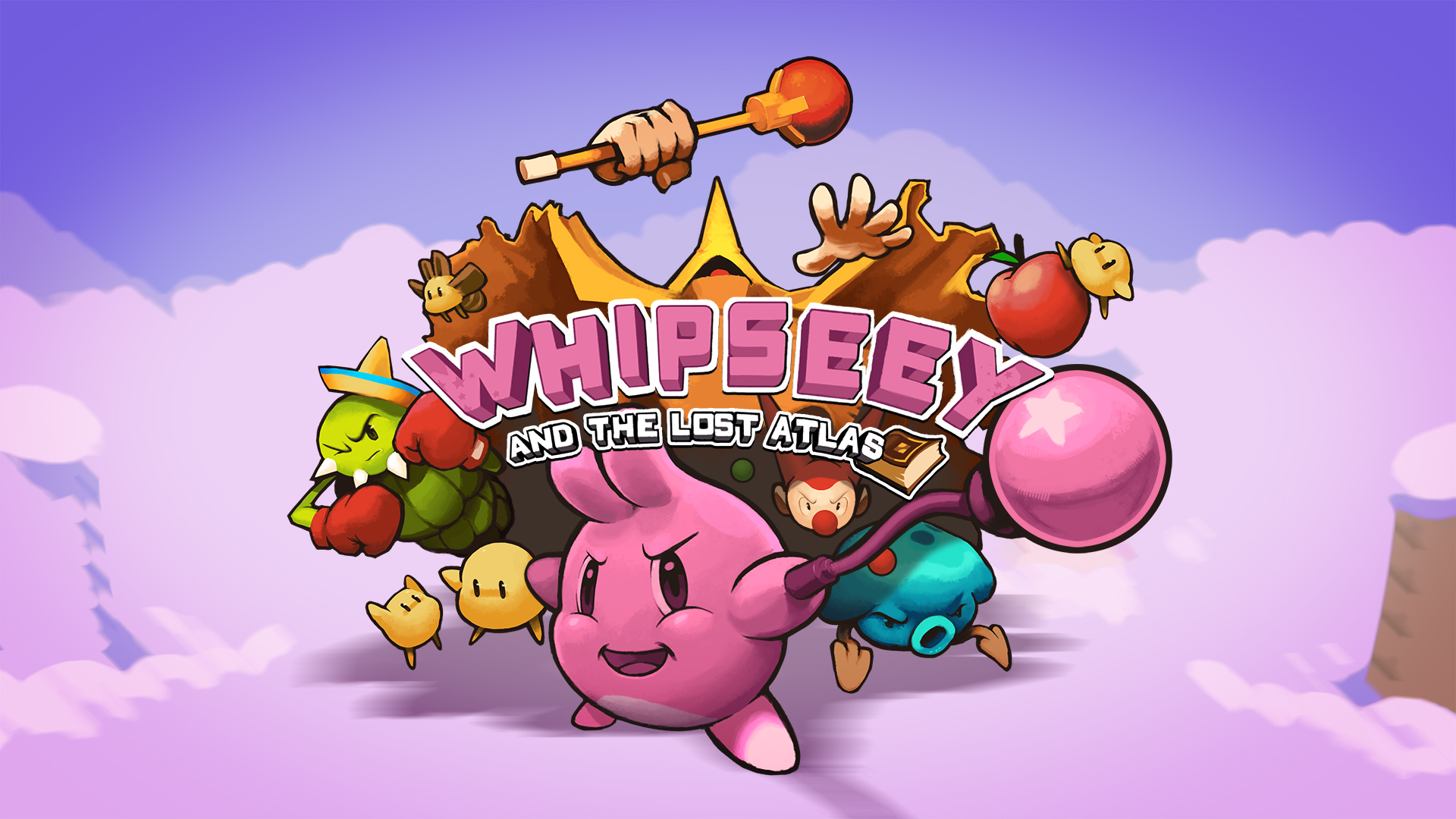 Everyone loves the super-tough adorable pink puff– of course, I am talking about Masahiro Sakurai’s GameBoy child and HAL Laboratory mascot Kirby. Blowfish Studio’s Whipseey, on the other hand, although he may be debatably tough and adorable, he certainly is no Kirby- not even close.

Playing through Kirby’s Dream Land repeatedly on car rides with my Game Boy is a heartwarming childhood memory of mine- I have probably played through it over a dozen times. The first entry in Kirby’s history was designed with the key Nintendo philosophy of being a game that’s easy to pick up and play, but it also strives to introduce newcomers to the genre of 2D platformers by slowly cranking up the difficulty through its five different levels in a cutesy corny plot against the food thieving King Dedede is something anyone could adore while also being fun for anyone of all ages.

Whipseey and The Lost Atlas takes a whole lot of inspiration from the original Kirby’s Dream Land Game Boy entries- specifically the original breakthrough title in the series that was the first appearance of the pink puff on Nintendo’s portable gray brick during the 90s. Whipseey never manages to whipcrack what Kirby had already perfected due to imprecise controls, short levels, and “inspiration” that might as well be proclaimed as cloning. While never standing out as a substandard adventure, it never takes risks in order to make itself a memorable experience.

Whipseey hits the exact same story, enemy, and control beats that your typical run-of-the-mill Kirby game would.  Besides Whipseey’s whip that can be used to hit enemies from a slight distance and slowly descend from high jumps, there is nothing to notably discuss when comparing the game to Kirby’s very first appearances that debuted in the early 90s- which does not have to be a bad thing in most cases.

The atmosphere and music are always atoned with the protagonist’s surroundings and nothing ever falls out of place or sticks out like a sore thumb in the environments. From an artistic standpoint, Whipseey is a good-looking game that plays well and can be fun at times, but it lacks the substance that will motivate players to want to continue even after the first level. Whipseey’s journey is your typical two-dimensional platform; its insignificant and unmemorable in an already oversaturated genre.

While Whipseey and The Lost Atlas is by no means a bad game, it is simply hard to justify its place in today’s market

Whipseey and The Lost Atlas is dull from the opening screen to the credits roll. The game lacks a unique charm that Kirby’s various adventures carry that keep fans coming back. The difficulty never changes, stages typically last under eight minutes each, and the lack of a post-game will leave players dry on relatively anything to do after they complete the main adventure, but the game is polished well enough to the point where it plays buttery smooth- for everything with the exception of handhelds.

The only technical issue that I experienced during my gameplay session was the hit detection during handheld play on the Nintendo Switch can often feel disjointed. Sometimes Whipseey controls razor-tight on the ground, but he can be distressingly imprecise in the air. There are several areas that require near-frame-perfect hits in order to progress in the level that I absolutely could not make in handheld mode due to input lag.

Not In Dreamland Anymore

While Whipseey and The Lost Atlas is by no means a bad game, it is simply hard to justify its place in today’s market with the actual amount of official Kirby and Kirby-inspired games currently available. If you are willing to shell out a few bucks for this clone, you may find yourself having a relaxing hour to yourself, but without proper polish for Switch users and a lack of substantial amount of content, I can not recommend Whipseey for its requested price.

In the time frame, it took me to complete the game, all it ever wanted to make me do was boot up my old copy of Kirby’s Dream Land or download the original game on my 3DS through the virtual console to wash out the super spicy curry feeling I had trapped on my tongue. If you are interested in purchasing Whipseey and The Lost Atlas yourself, the game is currently available on Nintendo Switch, Steam, Xbox One, and PlayStation 4.