Disorientation is a common device in horror games; after all, if we know too much, what is there to be afraid of? Still, sometimes being in the dark isn’t scary — it’s just dark. And if that state lasts too long, it can lead to frustration and annoyance, feelings that must surely haunt game developers. DYA Games’ Viviette suffers early on due to a lack of direction that can overwhelm in its opacity, but those with patience to survive that first hour or so will eventually be rewarded with an effective, spooky puzzler that actually conjures up top-down, 16-bit scares — especially from a pesky, murderous ghost .

Outside of some opening and closing story elements, Viviette takes place entirely on the desolate grounds of a rundown mansion. The hero’s friends have mysteriously disappeared, leading the plucky young man to seek them out instead of hightailing it for his rowboat and the nearest police station. Games like this would be nowhere without lack of good judgment, so despite the eerie moans and creepy mannequins that litter the dark, labyrinthine corridors of the house, the protagonist presses on, lantern in hand, uncovering clues to a sordid past that might — just might — get himself and his friends out of there alive. Or maybe not. 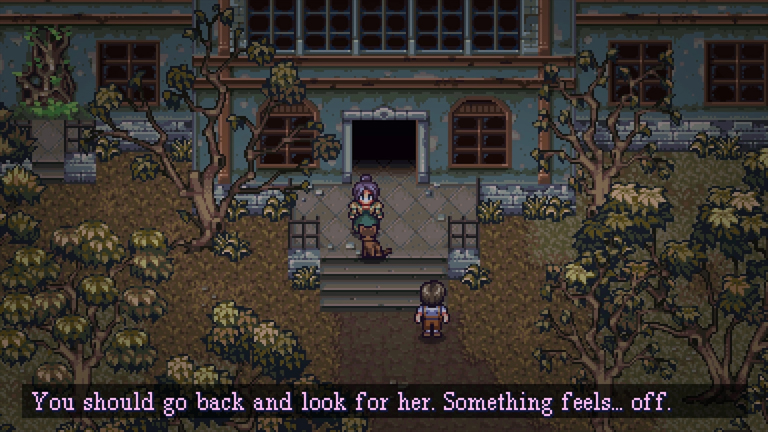 In order to unlock the secrets of this gloomy manor, players must decipher the many puzzles and riddles scattered throughout, with answers generally leading to the discovery of marked keys that open specific locked doors. If this all sounds a little Resident Evil-ish, that’s because it absolutely is, with intention. Weird statues need emblems placed in them, board games activate hidden wall panels, and stone blocks must be pushed in just the right order. It’s another one of those kinds of mansions, so players with some experience in this sort of investigation will definitely have a leg up. Anyone else better pay close attention, because the various hints carefully placed around the mansion’s morbidly decorated rooms can be a little on the opaque side. In some cases, really opaque.

In the early stages, this can be a bit of a problem. Viviette has a bit of a pacing issue at the start, giving players too much access to too many puzzles up front, leading to a confusing wealth of information to process and remember. It’s hard to know what one should be doing at first, you can’t always see everything important because of the unlit nature of the environments (usually the only light comes within the restricted range of your lantern), and there’s a lot of space to wander though. Seeking out certain solutions will only lead to dead ends (at least for now), so a considerable amount of backtracking happens almost immediately; a more gradual immersion would have eased this issue. 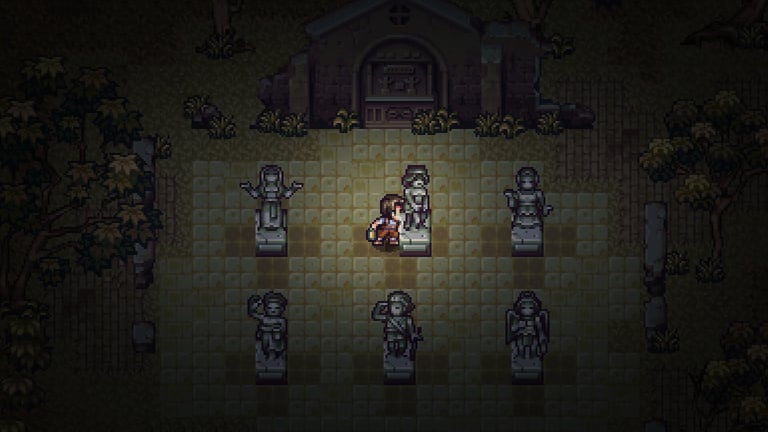 On top of that, Viviette has a sort of Nemesis-like foe that has a tendency to pop up too often at the beginning. This all-too-real apparition ceaselessly pursues the protagonist with the intent to kill, and having no weapons with which to fight back (would anything other than a Poltergust even work?), players must beat a hasty retreat. That doesn’t mean just going into the next room will allow for taking a breather; this ghost will follow as long as she sees or hears anything moving, and even save rooms aren’t truly safe. It’s a system that does the fright job at first, when everything is still brand new, but running halfway across the house after just opening up a new room you’re greedy to ransack for vital goodies gets old after the third time plodding all the way back. You can risk turning your lantern off and waiting in the dark, but there’s no guarantee that will work. What should be scary ultimately becomes just discouraging, as the frequency of these encounters seems skewed toward the first hour or so, when things are already discombobulated enough.

After that initial onslaught, however, Viviette loosens up with its ghost predator, allowing for more thorough exploration and pondering without meaningless interruption, and the unsettling atmosphere is restored. The visuals are quite the treat, beautifully designed and animated, and the developers have done a wonderful job making sure every room is distinct and has that ‘lived in’ feeling. Lived by eccentric deviants, yes, but lived in nonetheless. The sound design is also top-notch, with all the creaky doors, howling winds, and faucet drips one could ask for in order to get into the mood, and the score maintains an ominous tone. Anyone skeptical that a 16-bit style can pull off a horror vibe to a high level, jump scares included, should be easily convinced. DYA has nailed the overall feel, right down to including those familiar notes that lie around and fill in backstory. 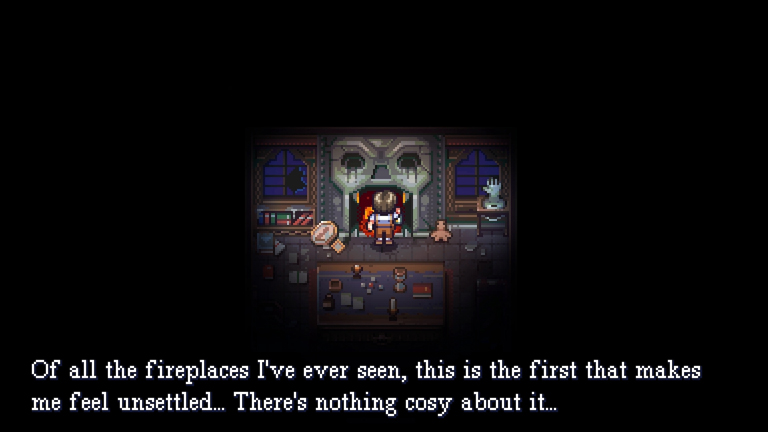 Well, sort of. Whatever was going on in Viviette remains a mystery to me, even after playing through the entirety (admittedly with the “very bad” ending). But like with its inspiration (another incomprehensible story), plot isn’t the point — puzzles are, and that’s where the game has better success. Yes, there are times when players may need to use brute force because of clues that tend toward the overly cryptic, and yes, there are times when a map system would have been nice so that methodically searching room-to-room for that chest you’re sure you saw at some point wouldn’t have been as tedious. For the most part, however, Viviette straddles the line between light and dark fairly well, scaring up faintly eerie memories of another perplexing, horrific mansion.