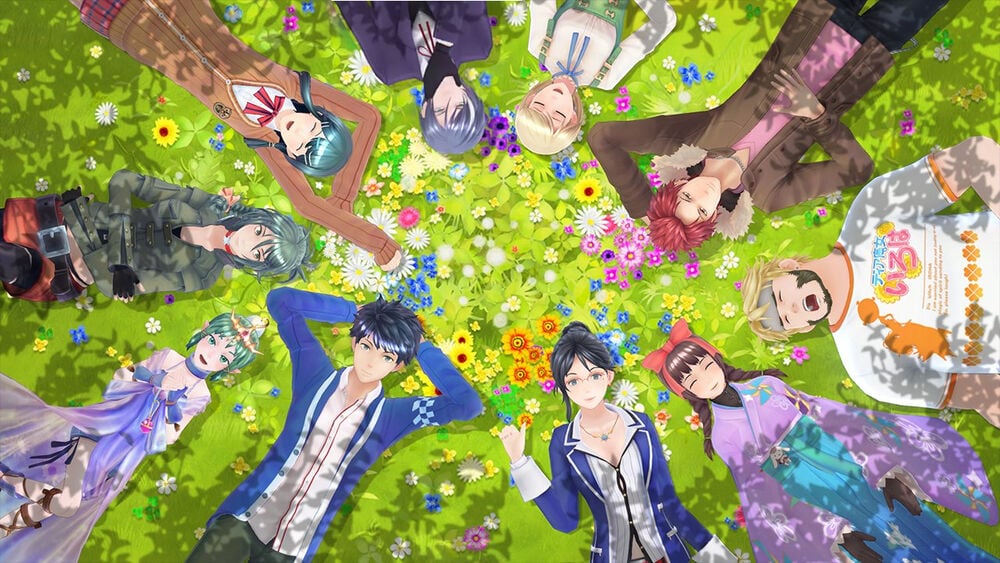 While Tokyo Mirage Sessions ♯FE is easily recognized as a Shin Megami Tensei spinoff, it fails to present itself as the crossover it is meant to be. The gameplay is derived from the main SMT games yet its story and aesthetic are inspired by the Persona spinoff series. Its setting and emphasis on the entertainment industry cements it as a modern take on a typical JRPG formula, something that Shin Megami Tensei series is known for. But if all these core aspects of the game are from Shin Megami Tensei, what has been taken from the other half of this crossover?

Fire Emblem comes into play with the game’s “mirages”, all of which are characters from the Archanea games. However, the mirages have no memory of their previous lives, meaning that they are mostly Fire Emblem characters in name only–in fact, the entire game seems to be Fire Emblem in name only. Tokyo Mirage Sessions ♯FE features names from the Fire Emblem series, but hardly any narrative or gameplay aspects. If it were not for the ♯FE in the title and the mirages’ names, Tokyo Mirage Sessions ♯FE could be mistaken for a simple Shin Megami Tensei spinoff rather than a crossover with Intelligent System’s franchise.

A Star-studded World Without Fire Emblem

As the game’s title implies, Tokyo Mirage Sessions ♯FE takes place in modern-day Tokyo. The game’s story revolves around the entertainment business and includes multiple singers in its character roster. Because of this emphasis on performance not only in the real world but also in the alternate realm, the Idolasphere, there are multiple fully animated music videos. The videos are animated in a style that is familiar to Fire Emblem fans, yet that is where the similarities to Fire Emblem end. All of the songs–barring the final song–share no resemblance to the style of music used in Fire Emblem. Instead, they are more reminiscent of Persona’s soundtracks. Interestingly, despite Tokyo Mirage Sessions’ focus on performing, none of the singers or dancers from Fire Emblem make an appearance in the game.

The entire aesthetic of Tokyo Mirage Sessions ♯FE is bright and cheerful, unlike both of the series it is based on. Instead, the aesthetic is more like that of the later Persona games, which are known for their style. Even the dark Idolasphere still has pops of bright colors and an overall stylish look. Both the Idolaspheres and the real world are modern, an aesthetic that Fire Emblem has never used. The entire appearance of the game resembles Shin Megami Tensei and its own spinoffs more than any Fire Emblem entry.

The Story of the Mirages

Tokyo Mirage Sessions ♯FE is also based around the concept of Mirages, this game’s version of demons or Personas from the SMT franchise. However, Mirages in Tokyo Mirage Sessions ♯FE are actually existing Fire Emblem characters. Itsuki and Tsubasa first acquire Chrom and Caeda, then later characters’ Mirages include Cain, Tharja, Virion, Draug, and Navarre. Some enemies, mostly bosses, are also pulled from Fire Emblem. Even fan favorites Tiki and Anna appear, with Tiki taking on a critical role in the plot. Although there are so many Fire Emblem characters that make physical appearances, they are not the characters fans are familiar with. All of them have amnesia and do not remember their past lives. While they do retain the same character traits, such as Tharja’s obsessive love, they lack the memories that make them who they are. The Mirages could easily be new characters and not much would change.

This comes to a head at the end, when Fire Emblem suddenly takes center stage. Gharnef and his Mirage Master plan to summon Medeus and steal all of the Performa in this world. After Tiki’s memory is recovered through the use of Dragonstones, she instructs Itsuki and his friends to find pieces of the Fire Emblem and use it to solve Naga. Of course, this requires them to perform a song, entitled the Opera of Light. However, Medeus is revived by Marth’s soul before they can stop it. The Fire Emblem itself saves Marth’s soul, allowing the main group to perform the Opera of Light and defeat Gharnef in this world. In the end, all of the Mirages regain their memories and return to their own world, that of the Fire Emblem universe. While this turn of events certainly gives Fire Emblem more attention, it also feels a bit forced. After an entire game of little to no Fire Emblem plot elements, the fact that it becomes so crucial at the end comes out of nowhere. It almost seems as if Fire Emblem in its entirety was forgotten until the very end, where it was shoved in to make sure that the ♯FE in the title had some relevance.

Gameplay That is Fire Emblem in Name Only

Rather than Fire Emblem’s turn-based strategy gameplay, Tokyo Mirage Sessions ♯FE uses a turn-based RPG battle system akin to Shin Megami Tensei. After running around a dungeon and using a sword to attack enemies, a battle begins. Three people are allowed in a party and they take turns attacking. They have the option to use a basic attack, but they can also use Mirage skills. These skills are a mixture of Shin Megami Tensei magic and Fire Emblem weapons that are disguised as physical attack skills. The weapons promote the use of Fire Emblem’s signature weapon triangle, combining it with Shin Megami Tensei’s weakness system. Items, for the most part, share the same names as those from various Shin Megami Tensei games. However, the main place that Itsuki acquires these items from is a store managed by Anna. While Anna is the salesclerk, the store in general takes inspiration from SMT, as its mascot is Jack Frost. Besides the ability to use items, Tokyo Mirage Sessions ♯FE also uses other typical Shin Megami Tensei abilities such as guarding.

Outside of battle, players are assisted by Tiki in the Bloom Palace. This is where various upgrades can be performed on Mirages and Mirage Masters. The Bloom Palace functions similarly to The Cathedral of Shadows, the Velvet Room, and the Gouma-Den from Shin Megami Tensei and its spinoffs. Tiki acts as the “master” of this location and performs both Carnage Unity and Radiant Unity. While this is similar to SMT’s style of gameplay, Master Seals from Fire Emblem are also used in the Bloom Palace to promote Mirages into new classes. The Bloom Palace could also be a reference to the usual base locations in Fire Emblem games, where sometimes the player can speak to allies and prepare between battles. Despite this, the Bloom Palace is more clearly inspired by Shin Megami Tensei than Fire Emblem. Even Tiki’s presence does not add much Fire Emblem to the game; she too has amnesia for the majority of the game, and exists simply to help the main group and sing occasionally.