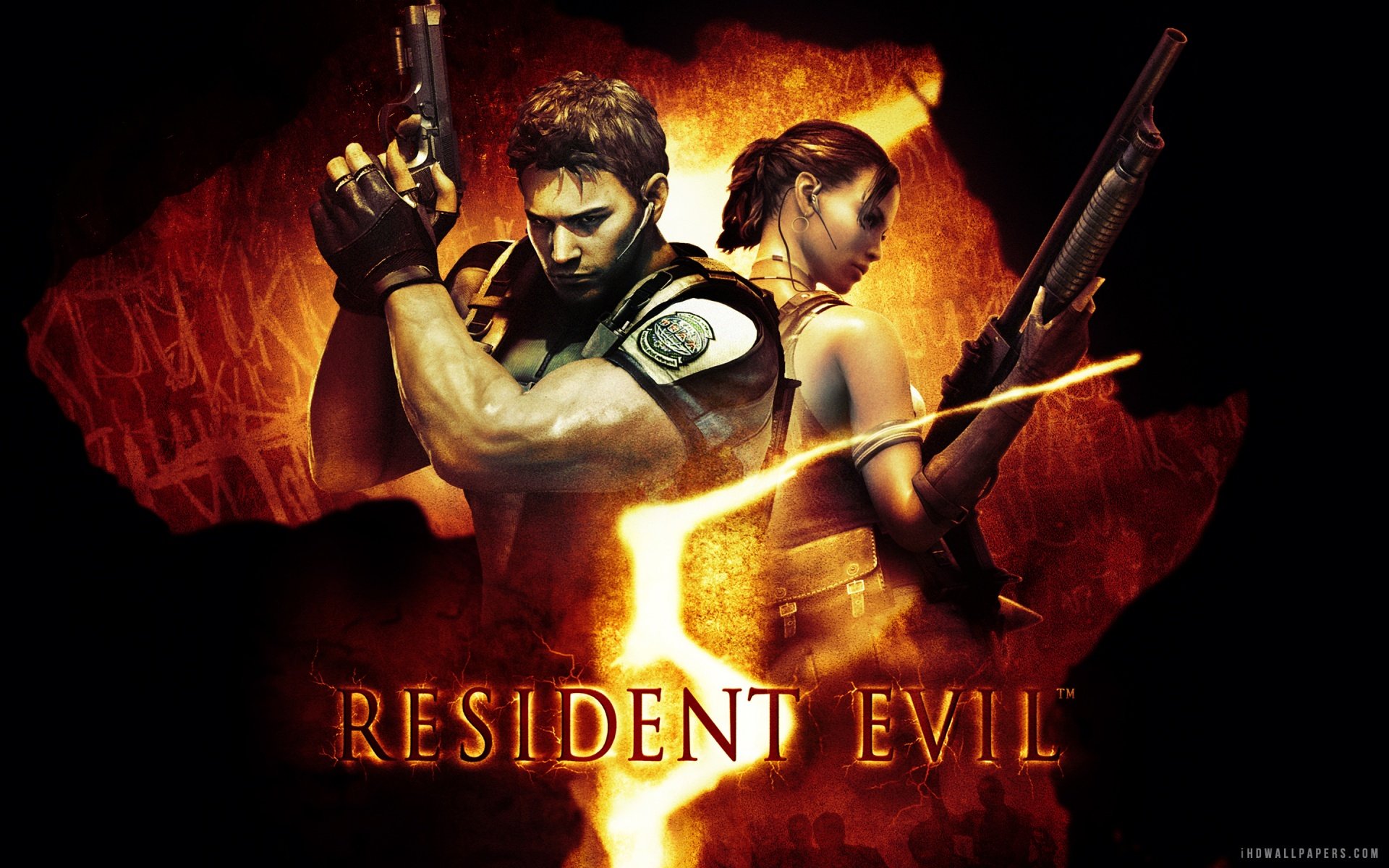 Whatever fans you talk to, most would agree that Resident Evil 4 is a masterpiece. It was the game that injected the prolific franchise with a much-needed dose of life, catapulting it back to the forefront to fit neatly beside its fellow contemporaries within the AAA spectrum. Resident Evil 4‘s translation to the Wii proved an inspired choice, as the console’s motion controls didn’t impede on the (then) fresh gameplay. It’s still satisfying to hear that ‘clink’ sound as Leon shoots and deflects another airborne axe away from that pretty, Hollywood archetype face of his, but the addition of the responsive Wiimote tethers a visceral satisfaction to the experience. It only seemed natural that the next installment would find its home on the popular Nintendo console, but to this day Nintendo’s home systems have yet to release another core Resident Evil experience – that honour would lie with the technically superior competition. Regardless of platform, Capcom’s classic 4th title in the series’ storyline would never be bested.

Resident Evil 5 , on the other hand, proved divisive amongst fans, a title that stuck closely to the over-the-shoulder, third-person perspective from its predecessor and, consequently, didn’t deviate enough from the original formula enough aside from granting the player the ability to swap weapons on-the-fly. The African setting, the shift in tone, and the game’s visual prowess reinforced the idea that the traditional slow-moving zombie horror of old was rapidly being replaced by a faster and more action-oriented direction, something for a wider audience to sink their teeth into. Despite the original audience’s dismay over Capcom’s preference of action over horror, Resident Evil 5‘s graphical overhaul and its insistence of co-op play would act as both its primary hook and its most alienating feature. Chris Redfield was certainly more than capable of repelling the majini horde, but he wouldn’t be doing it alone. 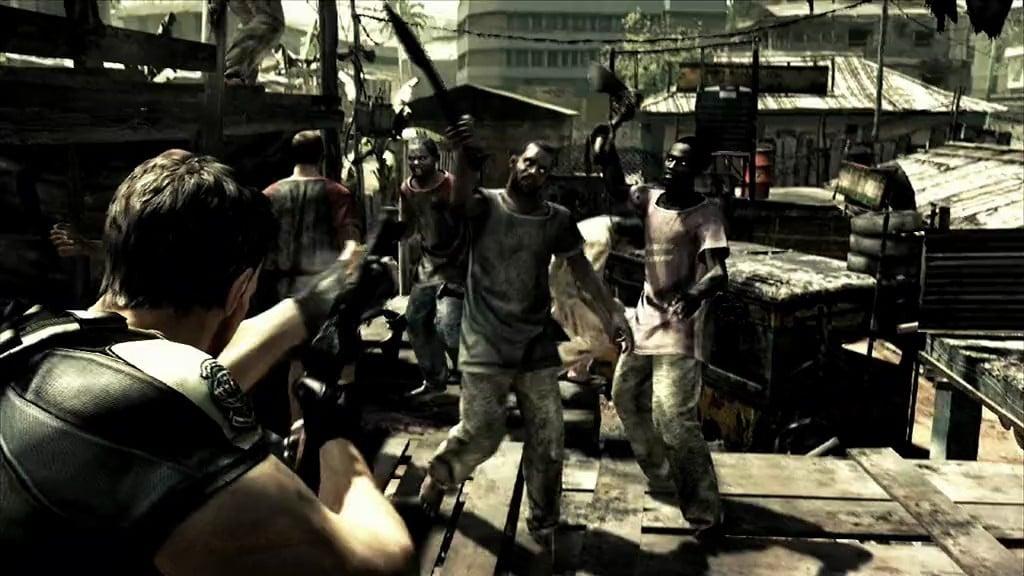 New character Sheva’s compulsory inclusion in both single-player and co-op meant severe ramifications for those unwilling to share and share alike. Playing solo subjected the player to an herb-hungry partner obsessed with wasting as much hard-earned ammo as they could. The naysayers would dismiss this title as an unintelligible, derivative fraud repackaged with prettier graphics for the high-fidelity consoles, a title that strayed too far from its roots in tone, yet didn’t innovate enough through its gameplay. Chances are that these disbelievers refused to acknowledge Capcom’s intentions for the complete co-op experience – the only real way to play Resident Evil 5. Speaking from personal experience, the title was a refreshing reintroduction to the world we’ve all come to love, but by bringing a friend along for the ride, the game-changing dynamics would shine bright like the scorching Kijuju sun.

Cooperation and compromise would fuse together to transcend the traditional class-types usually associated with today’s popular  MMO’s or MOBA’s, causing the game to opt for a more free-form approach – it wouldn’t be long before each player knew their strengths, and thus a fluid battle strategy was formed. Resident Evil’s 5 balanced pace encourages the players to take refuge between skirmishes, and in doing so the micromanagement of items and weapons becomes second nature. Rather than the arbitrary character class screens, Resident Evil 5 grants the player the choice of what role they play when tasked with overcoming the malevolent obstacles ahead. Retrospectively, this is a game that was way ahead of its time; it’s just a pity Wii owners had to settle for merely competent spin-offs, the on-rail shooters Resident Evil Umbrella Chronicles and The Darkside Chronicles. 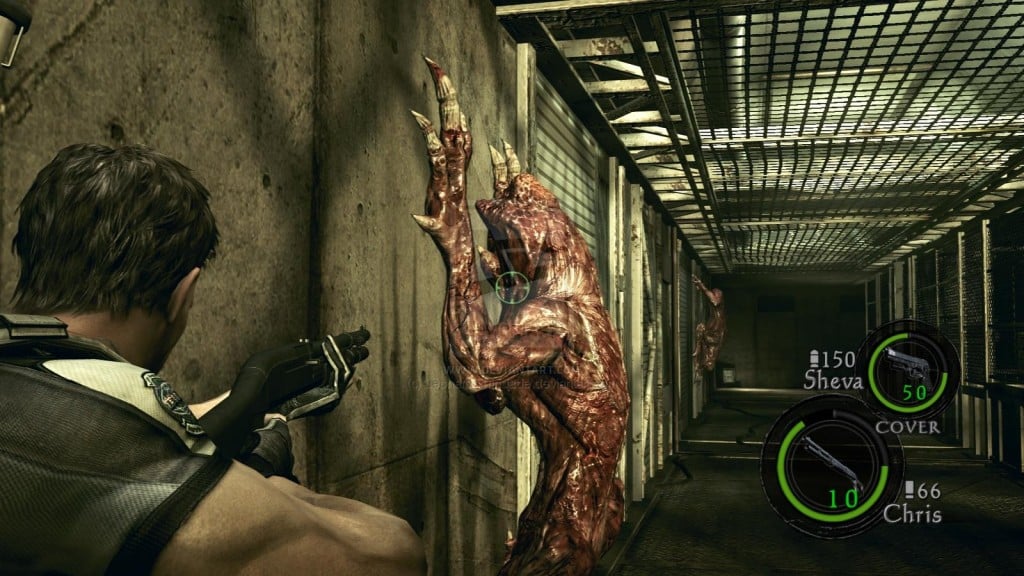 Just imagine Resident Evil 5 on the Wii- are you struggling to? That’s because it’s difficult to picture the game looking anywhere near the graphical standard of the PlayStation 3 or the Xbox 360. The perfect couch co-op experience with fully integrated motion-controls and the requirement for constant communication actually sounds like the ideal addition to the Wii game library though. It might not be as nail-bitingly horrifying as the Resident Evil‘s of old with a friend laughing beside you as you’re butchered by a chainsaw-wielding madman, but to adopt this view would be missing the point. The slow, tank-ish controls lend the game an incredible tension that shouldn’t be confused for scare tactics. It should be abundantly clear from the outset that Capcom has attempted something a little different – the instant a second player joins the fray is the moment when traditional horror relinquishes its potency, but this doesn’t have to be a bad thing.

The laughable voice acting, the topsy-turvy story and the return of beloved characters from the series’ illustrious past all help to encapsulate the precious essence of every Resident Evil to date. Sure, the game bizarrely incorporates The Matrix trilogy’s Kung fu and bullet-time effects, and the ensemble cast won’t be bringing home any “best character” awards, but when has Resident Evil ever claimed to adhere to a pure artistic vision? Resident Evil 5 also happens to be the last high-quality game in the series, what with its successor, Resident Evil 6, crumbling under its own lofty ambitions. With Resident Evil‘s 20th year anniversary on the horizon maybe now would be a good time to bring the official series canon back to the Nintendo faithful. In a time when developers seemed to have forgotten about traditional couch co-op, the Wii U might be better suited to offer a solution.

Besides, someone needs to put the Gamepad to effective use.