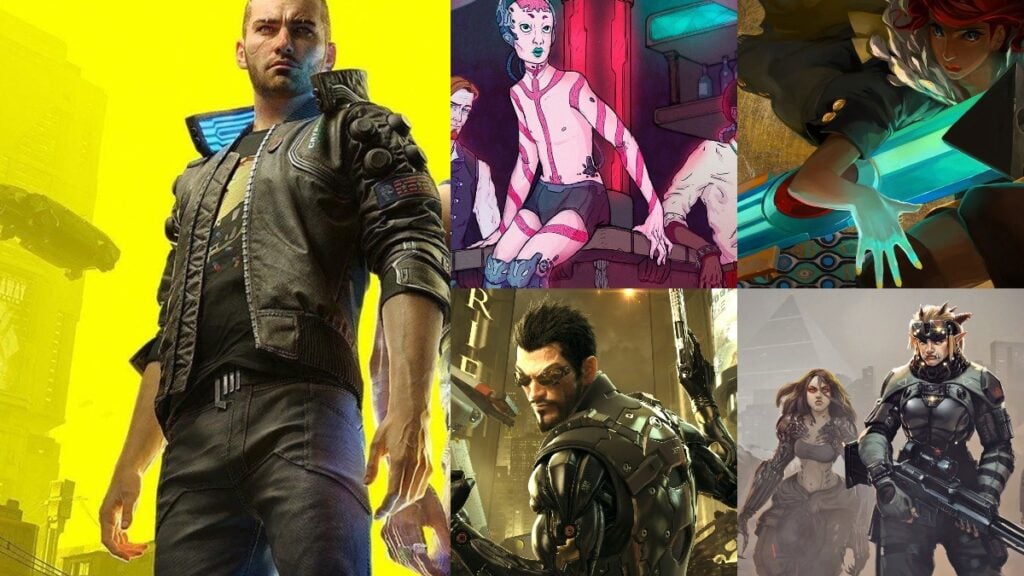 Check out these great Cyberpunk games…

Like an overworked college student pleading for just one more day to finish their term paper, CD Projekt RED has once again asked us for our patience and understanding following yet another delay to their massively anticipated (and frequently postponed) RPG dystopian epic Cyberpunk 2077. While the constant delays can be disheartening, they do give us a chance to set the mood with an array of games that share Cyberpunk 2077’s fondness for that “high-tech, low-life” vibe that has come to define the genre. Whether you’re craving the life of a cybernetically enhanced assassin or simply have an appreciation for neon color palettes and a synthwave soundtrack, there’s no shortage of games to help sate your appetite. Unfortunately, CD Projekt RED’s previous title, The Witcher 3: The Wild Hunt doesn’t quite fit our list, though deserves an honorable mention for theoretically being part of the Cyberpunk 2077 canon. It really was a great story, Ciri.

Of all of the titles on this list, Eidos Montréal’s one-two punch of Deus Ex: Human Revolution and Deus Ex: Mankind Divided is probably the closest to Cyberpunk 2077 in terms of setting and tone. Dealing with topics like corporate corruption and manipulation on a massive scale and the ethics of cybernetic enhancement, these games don’t shy away from the heavier debates that accompany the cyberpunk setting. Boasting a slick aesthetic, clever level design, and thought provoking narratives, these two titles stand as respectable successors to their genre-defining predecessor. Never forgetting their RPG roots, both games offer a wide variety of approaches to almost any given problem.

These games make for an interesting pair in that they seem to correct each other’s flaws; Human Revolution’s problematic unskippable boss encounters are offset by Mankind Divided having almost no boss encounters, skippable or not (perhaps a bit of an overcorrection). Where Mankind Divided excels in a more tight and focused level design, it has often run into the criticism of being far too short and small in scope, an issue Human Revolution managed to avoid with larger (albeit less intricately designed) locations and a more “big-picture” approach to its plot. Where one stumbles, the other shines, resulting in a duo that is able to achieve more than the sum of their individual parts.

For a smaller and more intimate experience, we turn our attention – ironically – to Supergiant Games. Hot off the heels of their smash-hit debut with Bastion, Supergiant decided to take an innovative step in a different direction with their sophomore effort Transistor, a top-down RPG featuring a mix of tactical and real-time combat set in a dystopian cyber-future. Much like big brother Bastion, where Transistor really shines is in its soundtrack and art design. Vibrant neon greens, yellows, and reds work together in tandem with the signature art style Supergiant Games has become synonymous with, creating a game world that feels unique and lovingly hand-crafted. Much akin to Dark Souls, the narrative is baked into the world around you, which gives that wonderful feeling of natural discovery for those who are willing to dig for it.

The gameplay itself is solid, if a tad overly complex for what the game asks of it. Transistor hands you a wide variety of abilities, each of which can be repurposed to alter the functions of any of the other abilities you’ve acquired, resulting in a staggering number of potential builds and unique ability synergies. While that sounds great on paper, the game’s 6 – 10 hour lifespan barely gives the overly ambitious RPG elements any time to truly thrive. By the time a full build comes to fruition, there may only be an hour or so left to really utilize it. Still, an over-designed system as a result of ambition and innovation seems indicative of Supergiant’s willingness to take chances (something they would only affirm with both Pyre and Hades), and Transistor serves as a testament to that passion.

Developed by Harebrained Schemes in 2014 as an expansion to Shadowrun Returns, the critically acclaimed Shadowrun: Dragonfall is an isometric turn-based RPG set in the popular Shadowrun universe, made famous by the tabletop RPG of the same name. Featuring all the hallmarks of a classic cyberpunk setting, Shadowrun offers a dash of its own unique flavor by introducing high-fantasy elements to the mix. In addition to the cyber-samurai and the drugged out deckers walking the slums of society, we also have elves and orcs capable of conjuring fireballs or performing shamanistic healing spells. The mixing of such drastically clashing tones and tropes can seem off-putting at first, but the world is so well defined and fleshed out that acclimating to the setting’s distinct personality is not as jarring as you might think.

While the game will feel familiar to those versed in more complicated isometric RPGs like Pathfinder: Kingmaker, Harebrained Schemes’ commitment to the slightly complex character building aspects of its pen & paper roots can feel a bit daunting for newcomers to the genre. If you don’t mind an initial learning curve or a couple quick trips to a wiki, Shadowrun: Dragonfall offers an intriguing plot filled with interesting characters and excellent world-building. As a side note: Harebrained Schemes’ follow-up effort, Shadowrun: Hong Kong, is a decent companion piece that adheres to the sequel formula of “Here are all of the things you liked in the previous game again!” with a sprinkling of interesting new mechanics and improved UI elements; a perfectly safe successor that doesn’t try to fix what isn’t broken.

Now, this one has to come with a bit of a disclaimer. From developer Deconstructeam, The Red Strings Club is a small and moody title that self-identifies as a “narrative experience”; a rather flowery way of saying “there’s not much gameplay.” The game plays out almost as a glorified visual novel if not for the addition of a couple of token gameplay mechanics to move the story from beat to beat, but the way in which it interweaves these mechanics into the narrative works surprisingly well, and the game’s short length keeps the systems from becoming repetitive. One of these sequences has you operating a lathe to create genetic implants for customers that are basically ordering personality traits that they lack. A lonely man wanting a charismatic personality, a young entrepreneur wanting an implant to dull his empathy as he attempts to climb the corporate ladder; the kind of cyberpunk concept that presents interesting questions and ethical dilemmas that come with the commercialization of that kind of technology. The writing is strong enough to keep players invested, though the short length does leave the larger themes with little room to breathe.

The Red Strings Club also offers a visual treat that is very fitting to it’s smaller scale. The 16-bit art style gives it a familiar retro feel, and the design of the areas themselves capture the aforementioned “high-tech, low-life” aesthetic in a way that feels wholly plausible. A good portion of the story takes place in a bar that looks like the set to Cheers with a subtle splash of Blade Runner, and this kind of old-meets-new approach to the art design gives the game a distinctly realistic near-future vibe that makes the entire experience come across as believably grounded. With it’s methodical pace and focus on dialogue as opposed to expansive and refined game mechanics, The Red Strings Club is certainly targeting a somewhat niche crowd, and there’s nothing inherently wrong with that. It feels like it is what it wants to be, and that kind of creative freedom is incredibly refreshing.

So while CD Projekt RED puts the finishing touches on what is bound to be a goliath of the genre, there are plenty of options out there right now to help you get your fill of the twisted cyber-future that’s surely just around the corner. Whether or not we’ll have Cyberpunk 2077 before flying cars and cranial implants is still anyone’s guess.