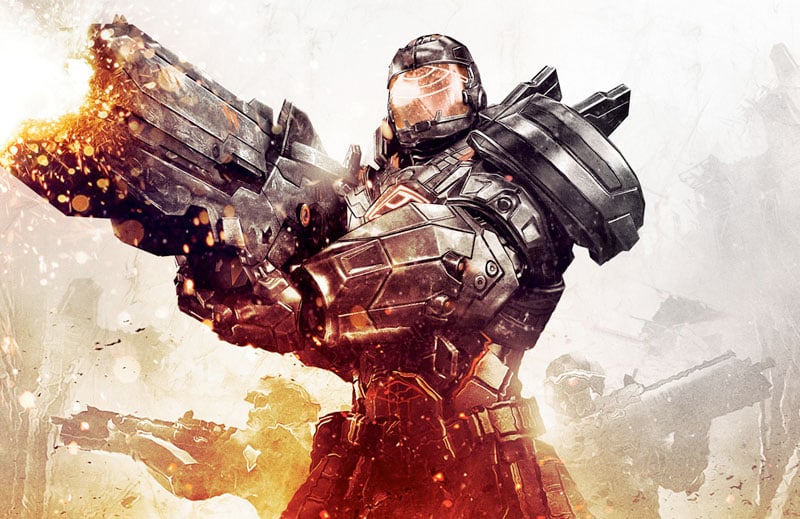 It’s not how you start, but how you finish. In the case of High Voltage Software’s cheesy sci-fi shooter sequel for the Wii, Conduit 2, you can substitute “start” with “spend ninety-nine percent of the game”, and this axiom still rings true. Why? Because despite a lackluster (though improved) experience fighting alien invaders across the globe while being annoyed by the disembodied voice of Kevin Sorbo now residing in your futuristic battle armor suit, Conduit 2 has an ending that totally nails the utterly ridiculous SyFy Channel nature of its up until then boring, cardboard story. I mean perfectly. Don’t believe me? Watch for yourself: MASSIVE SPOILER OBVIOUSLY (skip to the 10:00 mark if patience isn’t your bag)

Look, when you’ve played a generic science fiction game (two, if you count the original The Conduit, which I do) with a generic science fiction story about portals and Freemasons and different races of aliens I’m still mostly confused about, the plot becomes both fuzzy and forgettable enough that you don’t really even care to look it up on Wikipedia. But though I haven’t played Conduit 2 (they dropped the “The“) since its 2011 release, the sight of George Washington and Abraham Lincoln emerging from a bright gateway to another space dimension or something is a series of images that have been burned into my mind as clearly as some of the greatest scenes in the history of cinema. To say it caught me off guard is an understatement. I had been lulled into an apathetic daze, satisfied with some reasonable gunplay on a console starved for it but otherwise uninspired, when suddenly this hit me like a slap in the face, snapping me finally to attention. Hours of pitches gently lobbed at the plate until a surprise fastball whizzes by. Who’s idea was it to suddenly make things interesting? Why are dead former presidents dressed in space armor and wielding space guns? What do they need my help with? Who are all those other people? I’m finally listening, so say something!

Another piece of showbiz wisdom is “always leave ’em wanting more.” High Voltage did the smart thing by timing their cut to title and credits just as my mouth had reached its widest point of agape-ness. Against all odds, Conduit 2 had my attention. So often when I finish a game these days, it seems like the developers have tacked on something that simply goes through the motions like an afterthought in order to get to a massive credit scroll, as if now that the gameplay is done, any effort put into the game can be seen as just as well. I’m not saying High Voltage did the opposite here, but only one part of the game really stuck with me, and it wasn’t anywhere I was pushing buttons. Yet despite all the mediocrity that had come before, they left me wanting more. I would’ve been willing to shell out another sixty dollars and play through several more stages of corridor shooting just to find out what the hell was going on, and I would’ve done so happily. That, folks, is how you entertain. 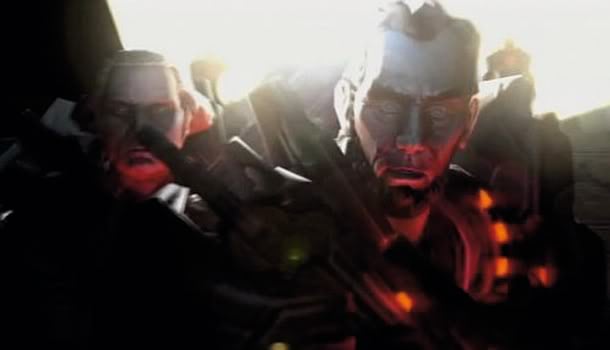 Now, maybe that brilliant cliffhanger would’ve turned out to have a Lost-sized disappointment of a resolution, but sadly, I’ll never know. Rumors of a possible Conduit 3 appearance on the Wii U have never materialized, leaving its (I imagine) few fans without any idea how the story of What’s-His-Name protagonist and Kevin Sorbo’s voice is finally resolved. Does Abraham Lincoln drop-kick traitor Andrew Johnson before George Washington tosses me a space bazooka that I fire into the alien overlord, sending him flying through a Death Star-sized exhaust port before Teddy Roosevelt (commander of the new Roughriders) flies in out of nowhere to pick us up and pilots us just out of reach of the massive explosion? Naturally, James Madison and William Howard Taft would provide the comic relief. Ah, a man can dream.

This is the power of the Ending. Years later, a video game that normally would’ve been long forgotten is still fun to think about, and maybe worth playing again, proving it’s not how you start, or continue on and on for the majority of your time, but how insanely weird you finish.