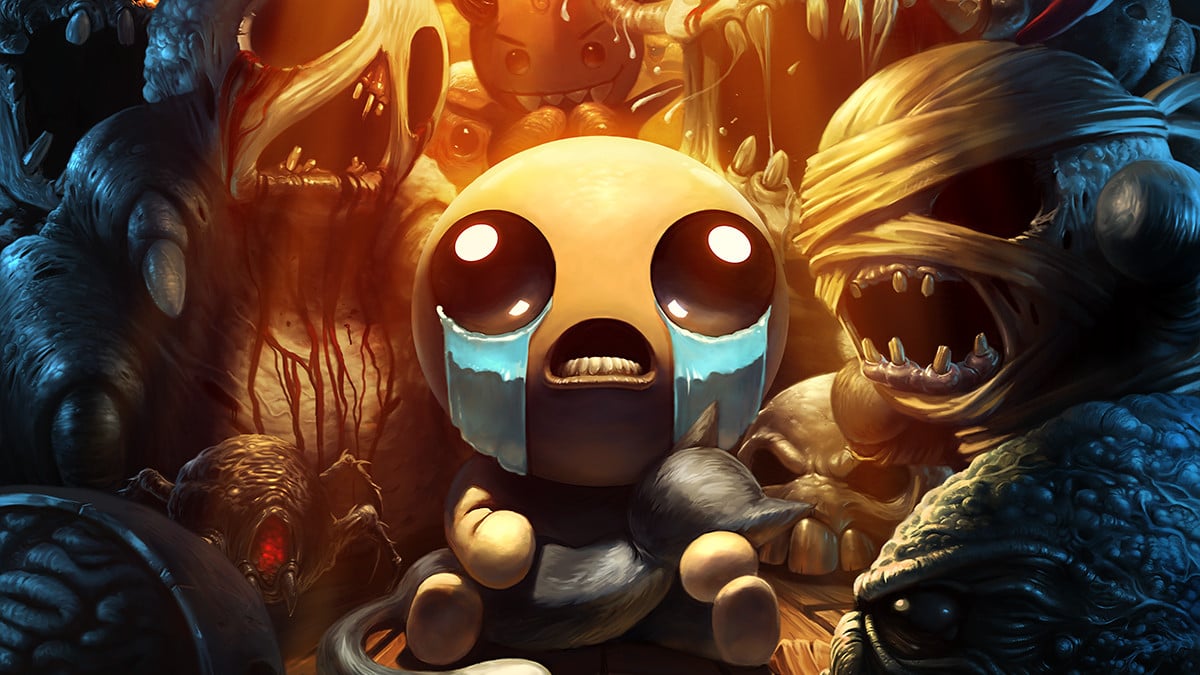 The Binding of Isaac Review

The Binding of Isaac was released in 2011 by Edmund McMillen and Florian Himsl as a risky game-jam project following the release of the critically acclaimed Super Meat Boy. What was supposed to be a niche hit that goes against contemporary gaming tropes turned into one of the most beloved indie games of all time — becoming the gold standard for Roguelikes and being one of the most popular indie games on the market over 7 years after release. Following the massive success of the original Binding of Isaac, McMillen worked alongside Nicalis in order to develop a more polished and refined version of Isaac, which culminated in the 2014 remake, The Binding of Isaac: Rebirth. Rebirth was met with similar praise to the original and renewed interest in the franchise, which has not slowed down in the slightest since the release of Rebirth.

The Binding of Isaac follows the story of Isaac, a child who spends his time playing in his room while his religious mother listens to Christian broadcasts. One day, Isaac’s mother hears the voice of God, which orders Isaac’s mother to murder Isaac as a sacrifice because the child has been corrupted by sin. Overhearing this conversation, Isaac panics and jumps into his basement, which turns out to be a dungeon full of grotesque monsters and a lot of fecal matter. Using a variety of items found throughout the basement, Isaac must challenge the many hideous creatures he encounters on the way to the fight against his own mother.

When first describing Isaac, the concept may be an instant turn-off for most due to the grotesque and bizarre nature of the game. At the same time, the strange story and setting help give Isaac an identity completely unique to itself that no other game has come close to replicating without setting out to gross the audience. There are a number of disturbing subjects and items, but there are never moments of downright disgust that other games with more crude humor might invoke. Hidden beneath the scatological surface is also a gripping tale of a young child who is struggling with religious beliefs and a broken family setting. Anyone willing to delve deeper into the subtext of Isaac can tell that McMillen went to great lengths to create a very personal and tragic story based on his own religious upbringings. The Binding of Isaac might not be for the faint of heart, but anyone who can get into its referential and immature humor is sure to find plenty of enjoyment in both the story and gameplay.

While story is crucial for any game, the most gripping part of Isaac is by far the addicting gameplay. The Binding of Isaac is a top-down shooter where players must traverse a dungeon akin to the original Legend of Zelda, finding items and synergies along the way to defeat Isaac’s wicked mother. The difficulty of Isaac is no doubt one of the first major points to note — the game is extremely difficult upon first playing and even after several hundreds of hours there is always a challenge and risk of death. Every run is entirely different from the last, with the only consistent element being the levels themselves. Random runs mean that players could be blessed with the best item in the game upon the first item room or get literal poop that has next to no use whatsoever. As a result, the player can have runs that end quickly or that take forever. On average, however, Isaac runs feel around the perfect length for a Roguelike, with most runs taking around 30 minutes to complete so they never truly overstay their welcome. This leads to the typical ‘one more time’ sensation which Binding of Isaac thrives on, unlike other Roguelikes such as Enter The Gungeon or Our Darker Purpose can feel a bit too long regardless of skill level. Runs in The Binding of Isaac are the perfect mixture of random challenge along with quick, simple enjoyment that can get a player hooked and never let go for several hundreds of hours.

The random elements in The Binding of Isaac along with the items themselves truly give the game an edge over most other Roguelikes to this day. While some players may be turned off by how RNG-focused the game feels, the upside to this is that each run feels almost entirely unique from the very last one played. It’s entirely possible to have a defense-focused run followed up by a glass cannon run on top of each other and the ways to approach those two playthroughs are entirely different from each other. The Binding of Isaac also has some of the most finely tuned item synergies of any Roguelike game on the market. Every item pool in Isaac is themed around a certain aspect of the game – Boss rooms primarily include statistical upgrades, angelic rooms have defensive items, and item rooms are a mashup of many different item pools. One example of combining items from different pools is picking up homing shots along with laser shots, which gives the player a curving laser which pierces through any enemy in the general vicinity. There are nearly limitless types of item combinations that the player can experience that gives the game a far greater sense of replayability than other Roguelikes.

The Binding of Isaac is one of the most influential indie games to come out in the past decade, in large part due to both the expressive nature of the game and the addicting bursts of gameplay. The Binding of Isaac opened the door for many other Roguelike games to come along and charm the gaming community, with different styles of Roguelikes releasing for many unique audiences. Despite the many competitors, Isaac has held up as an exceptionally polished and fun gem that has captivated players for thousands of hours all across the gaming landscape, and it’s no doubt to see why such a risky passion project turned into a critical success and classic for gaming in general.