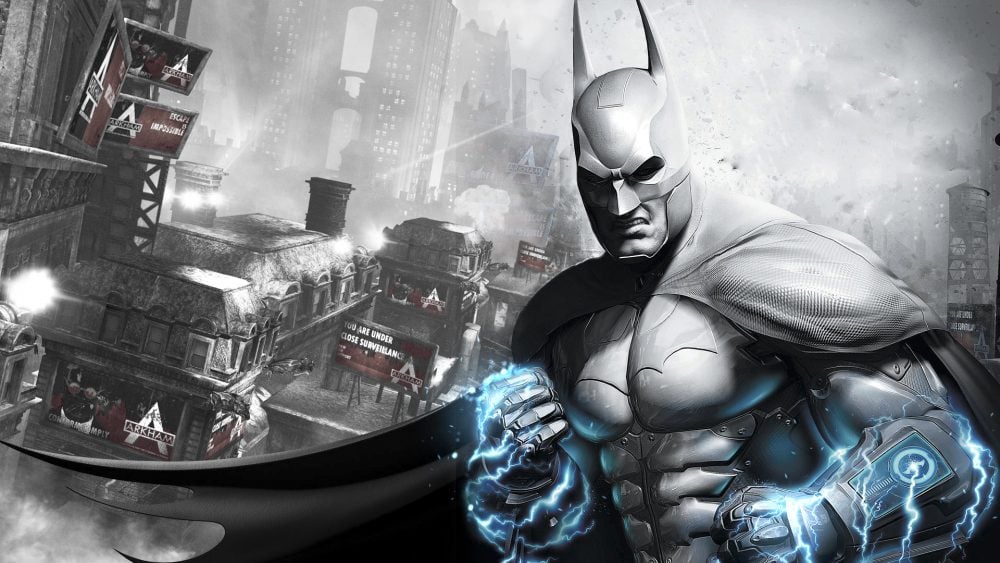 On August 25, 2009, a little-known developer called Rocksteady Games created what was considered at the time the greatest superhero-based video game, Batman: Arkham Asylum, based on the Grant Morrison graphic novel of the same name. The game, inspired by contemporaries like Assassin’s Creed and classics like Metroid, put the player in Batman’s shoes during what would become the worst night of his life, as he looks to put Joker back behind bars during a prisoner uprising. Explaining the actual main plot would be spoiling too much of the story, but the game is easily one of the most critically and commercially acclaimed titles in the generation due to its well-crafted narrative, which takes cues from the animated series and recent movies, and revolutionary mechanics, which makes Batman feel like the badass ninja assassin that never really translated well into the films. A sequel would be inevitable, and over two years later (October 18, 2011, to be exact, which marks its five anniversary this week) Batman: Arkham City would be released. Here Rocksteady dropped Batman into an open world, full of baddies from the complete Batman mythos, while expanding on the world’s greatest detective’s move set.

The game is also quite literal in its title, taking place in a new prison that’s made up of a great portion of Gotham City. Puzzling all of Gotham by taking a sudden interest in politics, Bruce Wayne becomes a prisoner of this creation from the mind of one Hugo Strange, whom Bruce tries to convince to close the readily-named Arkham City to no avail. Perhaps expecting negotiations to fall through, Bruce dons the bat suit and begins to investigate the reason behind Arkham City’s construction and the purpose of the cryptic Protocol 10. What he uncovers is better discovered by the player, as it is an interesting take on what is essentially a police-sieged shanty town, but it does get undercut by a sloppily-placed continuation subplot regarding the Joker.

It’s always nice to have a Joker cameo (he is once again masterly voiced by Mark Hamill), but his story diverges greatly from the more interesting plot regarding the city, and feels shoehorned in. It’s not even important for the Joker to be here since he has no bearing on the main plot, and it drags the whole narrative down as a result. The whole game feels like that really; it just dumps a bunch of Batman fan service on top of what otherwise would have been a better story.  That doesn’t mean that there aren’t any redeeming values to the story, however.  Seeing fan-favorite villains like Two-Face, The Penguin, and Mister Freeze pop up is certainly worth the price of admission.

While the predecessor was aesthetically a mix of the 90s animated series and the Christopher Nolan film trilogy, Arkham City fits more at home with the films from Tim Burton, the 1989 entry in particular. That said, the score by Ron Fish and Nick Arundel still makes the game hearken back to the cartoon. I never was a fan of the doom and gloom aesthetics that dominated many games in the last generation, but here it works like gangbusters. There’s always a sense of danger in the air, whether the player is exploring the skin-melting temperatures from the furnaces of the Joker’s hideout or the subzero freezing halls of the old GCPD building. The player won’t even feel safe on the street, with the exception of being Batman; goons patrol the street, picking on political prisoners or putting the schemes of their bosses in motion. The only downside is that the goons don’t come in too much of an aesthetic variety, although that’s to be expected from a game that is basically about beating up wave after wave of hard-bitten thugs. It’s still a wonder to behold, and Arkham City looks cleaner with the new remastered edition being released this week.

In Arkham Asylum, the freeflow combat system was the revolutionary mechanic that helped Batman feel like Batman during battle sequences while brawling with legions of henchmen. Despite looking like a brick house, Batman can literally fly around the area, laying everyone out and countering their attack with just a press of a button. Everything remains largely unchanged here, but there are a few additions to the formula: the Bat can now utilize gadgets like the Batclaw and explosive gel to experience new to lay the smack down, and he has the ability to counter two foes at once with a satisfying stun and pressure point rapid strike combination that makes for some laughably fun moments.  Unfortunately, the stealthy predator sequences don’t deviate that much away from Asylum, although it is possible to take foes out without an over-reliance on gadgets.

Given that this is an open world game, there’s a bigger amount of side quests, including the return of the Riddler trophies, augmented reality training, and cat-and-mouse games with Victor Zsasz and Deadshot. Although they’re not required to beat the game, some of these side quests are necessary to acquire some new goodies to play around with, including a grapple boost for Batman’s grappling gun, which allows Batman to maintain flight while gliding around the immense Arkham City. The biggest highlight, however, is the game’s boss fights, including a battle against Mister Freeze that truly requires brains over brawn, and one mind-boggling final encounter that I won’t spoil.

Of all of the anniversaries being celebrated this year, the five-year anniversary of Batman: Arkham City admittedly doesn’t feel all that special, especially since it isn’t the ground-breaker that Asylum was. But with the exception of a disappointing story, it is refinement at it absolute finest. It takes the best assets of its predecessor and expands upon them for one of the most memorable experiences of the PS3/XBOX 360 era, and the two are now remastered for the PS4 and XBOX One.  It’s not declared the best superhero game for nothing, so check this one out.