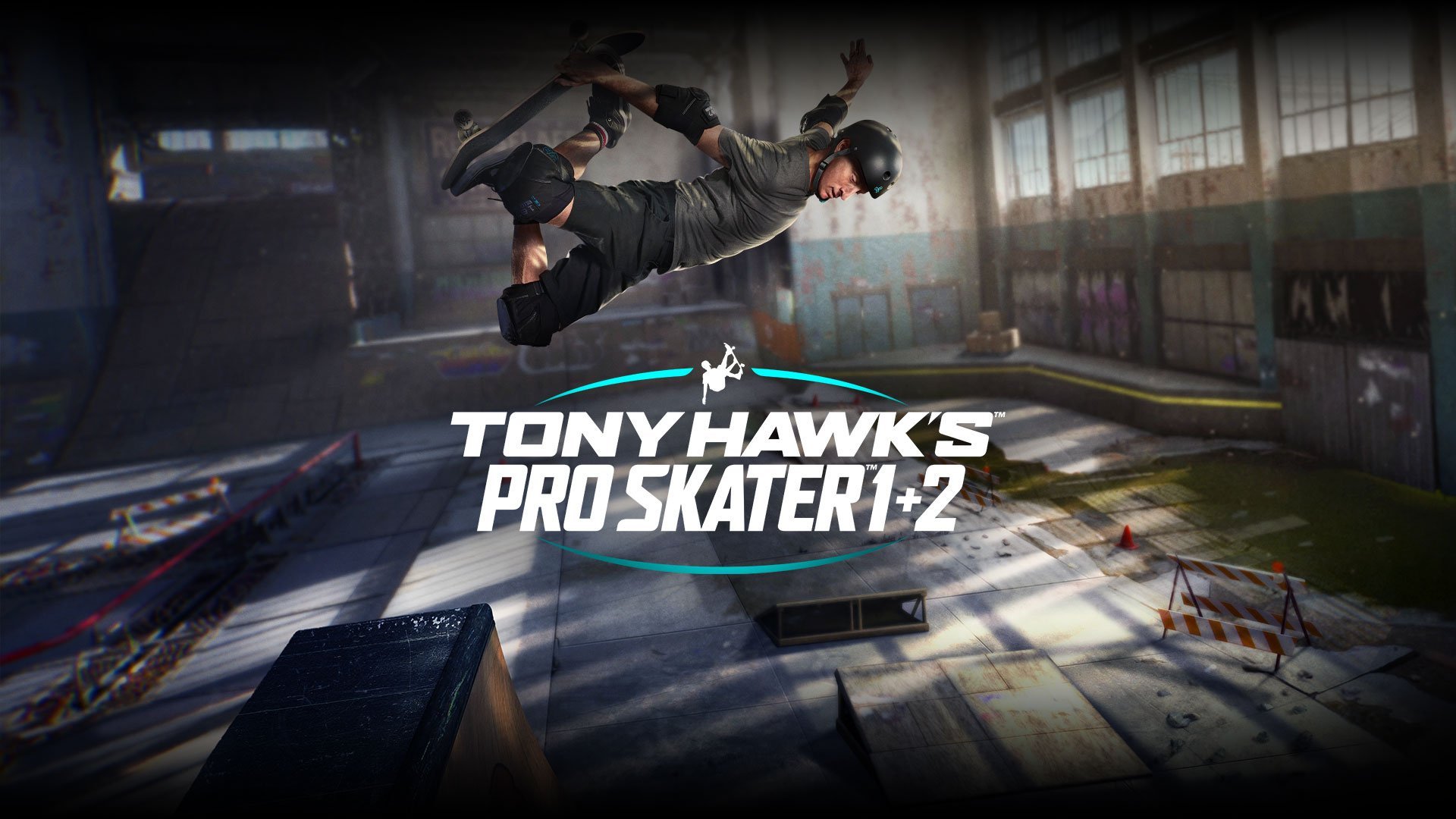 Note: This review of Tony Hawk’s Pro Skater 1 + 2 focuses only on the Nintendo Switch port of the game.

The Tony Hawk’s Pro Skater games were a phenomenon back in the early 2000s. Not only did they sell extremely well at least partially due to the already immense popularity of both skateboarding and the Tony Hawk brand at the time, but they were also exceptionally good games in their own right. In fact, Pro Skater 2 and Pro Skater 3 were so good that they ended up becoming some of the highest-rated video games of all time, earning a 98 and 97 on Metacritic respectively. Over time, however, the reception and overall quality of Tony Hawk games steadily declined, with the infamous release of Pro Skater 5 representing the absolute nadir of the series. With Pro Skater 5 ending up a disaster and the licensing deal between Activision and Tony Hawk expiring in 2015, it seemed all but certain that the Pro Skater series was dead.

Miraculously, though, developer Vicarious Visions ended up reviving the series in a big way with the release of Tony Hawk’s Pro Skater 1 + 2, a remake of the first two Pro Skater games. With the remake now both a critical and commercial success and the Nintendo Switch version on store shelves, it is worth looking at the Switch port and seeing how it holds up on its own. In short, although the Switch version is evidently not the best version of the game, it is nonetheless a solid way to experience a game that more than deserves its accolades.

Part of what makes Tony Hawk’s Pro Skater 1 + 2 and the series in general so interesting is the incredibly steep learning curve. Mainstream gaming as a whole has trended toward easier, more accessible experiences, but Pro Skater 1 + 2 boasts a complex control scheme that can be difficult for the average player to wrap their head around. As the player character automatically moves forward, players can jump and perform various tricks by hitting specific button and directional inputs. Players have to physically tap a button to grind on rails and ledges, at which point they must balance themselves to avoid falling off. Techniques like reverts and manuals help players build and maintain combo points in between grinds and trick opportunities, and other tricks like wall grinds allow players to reach otherwise inaccessible areas while earning points.

On their own, these tricks are not too complicated, but during any given run, players are encouraged to chain these moves together to earn more points and generally look stylish, which is easier said than done. Any attempt at these tricks can easily result in a bail if players end up off balance or if the trick is inputted too late, and even the special tricks, which can instantly reward thousands of points if performed well, are incredibly risky to execute unless players leap high into the air. Needless to say, mistakes are inevitable, especially for first-time players, but this difficulty makes the successful tricks and combo strings feel all the sweeter. Becoming good enough to successfully chain multiple moves together results in a flow of movement that looks practically effortless, which is made all the more impressive by the perfectly tuned momentum and physics. And since the skill ceiling is so high, there is always room to grow and perform even better next time, which makes the game feel practically limitless in its potential.

Tony Hawk’s Pro Skater 1 + 2 is laser-focused on its core skateboarding gameplay, which would not be particularly noteworthy if not for how it smartly implements mechanics from across the series. As the original developer Neversoft made more Tony Hawk games, it gradually added more mechanics and wacky gameplay ideas that came off as feature creep. Pro Skater 1 + 2 adds tricks from these later entries in a very selective manner. In general, Vicarious Visions included tricks that expanded the gameplay’s depth while avoiding ones that served as little more than fluff, which makes the mechanics feel incredibly well-rounded and considered. It is refreshing to see a modern title that explores its gameplay so thoroughly while trimming fat where necessary, although it certainly helps that the original games were already very focused experiences to begin with.

The general structure of Pro Skater 1 + 2 is not commonly seen in other games, but it is remarkably successful in its own ways. The main campaign puts players in a sizeable, usually non-linear map with several objectives to complete under a brief two-minute time limit. Usually, the objectives involve simple tasks such as collecting items, using specific tricks at certain locations, and breaking score thresholds. On their own, these tasks usually are not too difficult to complete, but the two-minute time limit pushes players to plan their routing and perform maneuvers efficiently to finish the objectives on time.

This evidently makes the tasks much more challenging and engaging, but it also never runs the risk of feeling stressful. Although the time limit is short, players are free to complete as many or as few objectives as they want, and the game still rewards players with money and experience even if they do not complete any tasks during a run. With the exception of the competition segments, the game rarely gives players the impression that they “failed” any given task, which makes the experience feel relatively easy-going despite its high difficulty. Even then, players can reduce potential stress even further through the game’s accessibility options, which include turning off bailing or the balancing system altogether.

Where the Game Stumbles

The core experience of Tony Hawk’s Pro Skater 1 + 2 is very strong, but it is not without its problems. Most tricks and the inputs required to perform them are listed in the pause menu, which is immensely helpful for players who need a quick refresher on certain techniques. But for whatever reason, grind tricks are not shown anywhere on the pause menu, which is not a major problem most of the time, but it starts to become one when the game asks players to perform specific grind tricks.

For most trick-related objectives, players can simply find whatever trick they need to learn in the pause menu, but for grind trick objectives, players have no choice but to either mess around with the grind system and stumble upon the trick they need or look up a walkthrough. This need for experimentation is not inherently bad, but the lack of consistency in what kind of information the game doles out feels like an oversight rather than a deliberate choice. In addition, while the updated graphics succeed in giving the old skate parks new life, they sometimes make certain stage elements difficult to spot. The developers occasionally compensate for this issue by placing these elements under light sources or other visual indicators, but this does not occur nearly as much as it ideally should.

A Decent Port of a Great Game

Since Tony Hawk’s Pro Skater 1 + 2 was originally released on more powerful hardware, it should come as no surprise that the Switch port suffers from some visual downgrades. The port lowers the framerate cap to 30 frames per second, and the visual fidelity looks noticeably less crisp than other versions. In addition, the load times are a fair bit longer in the port, and while they are far from unbearable, they still represent one of the Switch version’s more disappointing issues, especially considering the original Pro Skater games featured few if any, load times. That being said, the framerate is relatively stable aside from some occasional dips, and the game itself plays exactly the same as in other versions, which makes the port a perfectly functional way to experience Tony Hawk on the go.

In short, it is remarkable just how solid of a game Tony Hawk’s Pro Skater 1 + 2 is. Unlike some of the more disastrous entries, especially Pro Skater 5, Pro Skater 1 + 2 closely examines what made the original games so fun and engaging and refines it to an immense degree. It excels at being an approachable, pick-up-an-play experience that offers a great deal of challenge without coming off as discouraging. This entry marks a truly positive step in its series, and considering how rare good Tony Hawk games have been as of late, that is incredibly astonishing.