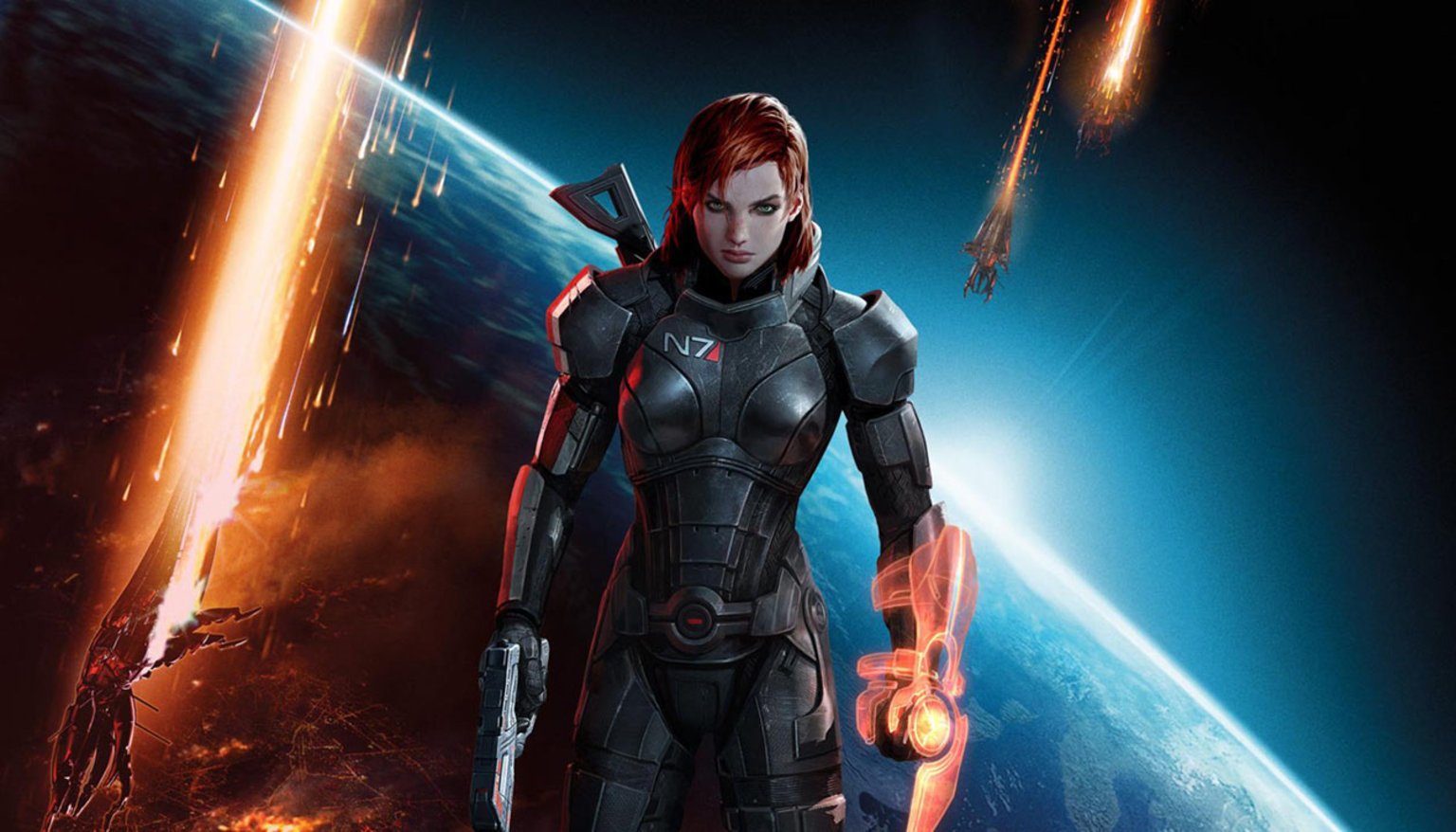 When talking about video game voice actors there are two prominent names that come up these days: Troy Baker & Nolan North, and rightfully so, as their names seem to be in the credits of nearly every big game released over the past couple years. However, there’s a voice actor who has not only been around much longer than both of them, but also arguably has a more impressive resume, and her name is Jennifer Hale.

Hale’s career as a performer began in 1988 when she was cast in the TV Movie A Father’s Homecoming. Since then she’s continued to do live-action roles, including appearances on popular television shows like The Big Bang Theory and Shameless, but she really found her niche in the early 90’s when she lent her voice to The Pink Panther animated series. Since then Hale has gone on to voice hundreds of characters across dozens and dozens of animated TV shows and films and still does so this day. But she didn’t limit herself to just television and movies; in 1994 Hale voiced a character in Sierra’s RPG Quest for Glory: Shadows of Darkness, which started her on the path to becoming one of gaming’s most prolific voice actors.

The amount of voice actors who have been involved in the gaming industry as long as Hale and have been cast in as many major roles as her can be counted on one hand. From voicing the SPARTAN soldier Sarah Palmer in the Halo series, to Leah in Diablo III, Hale’s name is attached to many of gaming’s biggest and well known franchises. Hale’s voice has appeared in over 150 games since 1994,  and out of all her great performances, these are the most memorable:

Samus Aran is easily one of Nintendo’s most iconic characters and one of gaming’s most recognizable heroines, but anyone who’s played the Metroid Prime games may be scratching their head at this mention since Samus doesn’t have any in-game dialog during the trilogy. Most of Hale’s time in the audio booth was spent recording the many grunts and screams Samus would emit when taking damage, but she also recorded some dialog, even if it didn’t make the final game. Nintendo’s fascination with silent protagonists ultimately got this dialog cut, but data miners would eventually find it and upload it to YouTube. Though just two minutes long, the video contains some incredibly strong voice acting, leading one to wonder why Nintendo would later choose different actresses to voice Samus in both the Super Smash Bros series and Metroid: Other M.

Eternal Darkness is easily one of the GameCube’s most haunting experiences, and one of the 6th generation’s most criminally underrated titles. Jennifer Hale voices the game’s main character, Alexandra Roivas, as she tries to unravel the mystery of her grandfather’s murder. Alexandra doesn’t have an overabundant amount of dialog, but Hale delivers all of her lines well, especially those that Alexandra mutters when she starts losing her grip on reality. Eternal Darkness  features a Sanity Meter, and as the meter depletes the environments around the player begin to lean further and further into the paranormal. As Alexandra’s sanity begins to seep away she’ll speak to herself, often attempting to calm herself down, but the sheer horror in her voice, in combination with the supernatural effects happening all around her, are more than enough to instill a sense of dread into the player. Many would argue that Eternal Darkness tops the Resident Evil remake as the best survival horror game available on the GameCube, and Hale’s performance is one of the reasons why.

The Lutece twins are quite the enigma. They’re the very first thing the player sees, as the game opens with them on a boat ferrying Booker off to his destination, and they appear sporadically throughout the campaign to assist (and confuse) Booker as he makes his way through the floating dystopia that is Columbia. Hale voices the female twin named Rosalind; without getting into spoiler territory, Rosalind plays a key role in the game’s plot, and in a game filled to the brim with mystery and intrigue, Rosalind herself is one of the most interesting aspects of the journey. Hale provides a great performance, giving Rosalind the perfect amount of grace and wit needed to make her a credible yet confounding genius.

Cunning and calculated, Naomi Hunter is one of the Metal Gear saga’s most memorable and tragic characters. The player is first introduced to Naomi as a member of Snake’s support staff during the Shadow Moses Incident, but as the plot progresses, it’s revealed that she plays a far more pivotal role than initially thought. Much like Rosalind Lutece, Naomi is an incredibly intelligent scientist, but unlike Rosalind, Naomi is fueled by hatred and vengeance, and Hale feeds off those emotions in both Metal Gear Solid and Metal Gear Solid 4, resulting in two powerful performances. Impressed by Hale’s work in the original MGS, Hideo Kojima had her voice Emma Emmerich in Metal Gear Solid 2: Sons of Liberty; Emma is a far cry from Naomi in every way, which is a testament to Hale’s range as an actor.

The Star Wars extended universe contains dozens of memorable characters, and the KOTOR games house many of them, including the unforgettable Bastila Shan. A headstrong and arrogant individual, Bastila is a far from perfect Jedi. During her journey throughout the game, she goes through a great amount of ordeal,  resulting in a realistic and emotional character arc. Hale plays the role flawlessly, from flirting with the player character, to her pride-fueled rants and eventually her humbled choices later in the game, Hale successfully pulls off every emotion and creates a fully realized and relatable character.

According to Hale’s IMDB profile, she’s most known for her role as Commander Shepard in the Mass Effect series, and rightfully so. Voicing the N7 Spectre earned Hale multiple VGA nominations as well as a BTVA Video Game Voice Acting Award. While the Male Shepard isn’t terrible, he’s just too generic. FemShep on the other hand is the strong female protagonist gamers had been waiting ages for. Fearless, intelligent, and powerful, all while being distinctly feminine. She’s not over sexualized like Bayonetta and Lara Croft, and unlike Samus, FemShep actually has a personality. Hale kills it as the Commanding Officer of the Normandy, creating a strong female leader that demands the respect of her crew. Whether you choose the Paragon or Renegade route you’ll be treated to tons of funny, sometimes intimidating, and often memorable dialog. During the original Mass Effect’s marketing campaign BioWare exclusively used a Male Shepard in their advertising, but as the series went on, the love for FemShep could not be denied, and in Commander Shepard’s final send off, it’s the voice of Jennifer Hale that says goodbye.