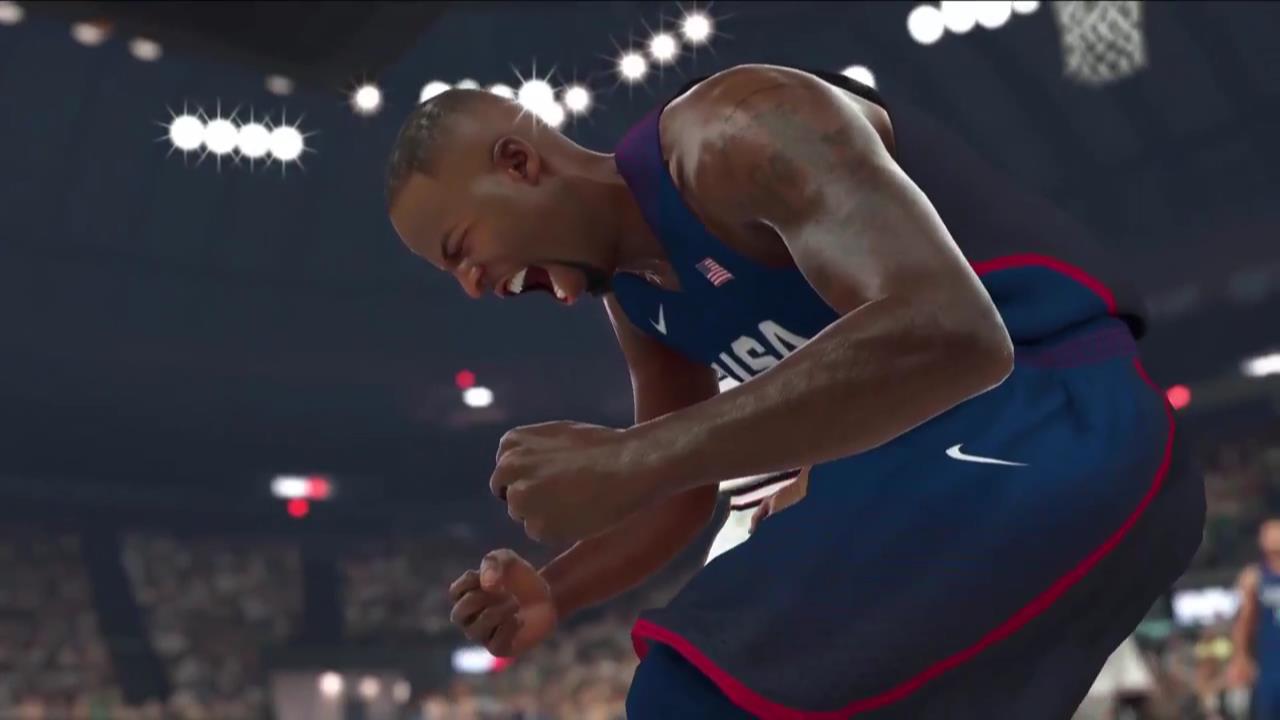 NBA 2k17 is the latest entry in one of the most critically acclaimed video game series of all time — a series that has had a strong hold on the video game basketball market for over a decade, delivering a level of quality that no other sports series has rivaled since. So how do you follow-up the 2014, 2015, and 2016 editions, all of which were pretty darn close to perfect? You deliver what is arguably the best basketball game created thus far. NBA 2K17 is a prodigious achievement, made by people who love basketball for people who love basketball, and blessed with a career mode that conveys the fabric of modern American life, aspirations and incidentally, sports, in close-up and at length. NBA 2K17 is a slam dunk. It moves like Isiah Thomas, fast and smooth, breaks ankles like Alan Iverson and delivers a winning formula like the 1995–96 Chicago Bulls.

NBA 2K releases year-in and year-out and is the only viable option for fans seeking out a video game about the sport that is actually well worth your hard-earned money. The games have been incredibly polished over the past four years, and in fact, little has changed from last year’s game, but what little has changed has taken the series to a whole new level. If 2K16 was The Godfather of basketball video games, 2K17 is The Godfather Part II. It’s a labor of love, and the love for basketball culture is visible across every pixel. Few corners are cut, the game delivers impressive visuals, a pricey soundtrack with a strong list of headliners including Drake, Future and Skepta (to name a few), and plenty of modes to keep you busy until next September. 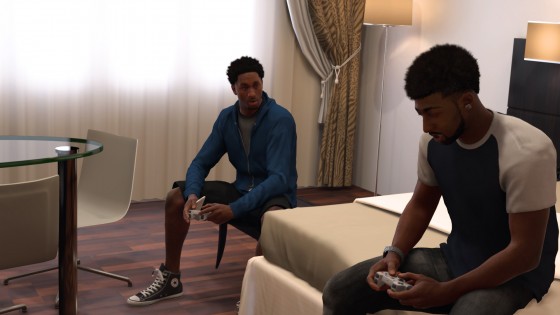 Where NBA 2K17 really soars is in its revamped MyCareer mode. If you liked last year’s disappointing mode in Spike Lee’s Livin Da Dream (your typical urban poverty tale), you’ll love the improvement, this time, around. NBA 2K17, taps Aaron Covington and Michael B. Jordan (writer and star of Creed) to tell a rich, complex, and ultimately deeply rewarding story that uses high school hoops as a jumping-off point to achieving the American Dream. Those who downloaded 2K’s The Prelude earlier this month played 2K17’s initial MyCareer chapter allowing you to play for one of 10 college teams and a stint on the modern USA Basketball squad. But wait until you try Post-Prelude, because it’s one Hell of an adventure. Each day features a heap of obstacles for your player to encounter: Events, meetings, individual practice, team practice, spending time with your family and friends, and doing whatever it is you have to do in order to achieve your goal of playing for your favorite NBA team. Hard work and success are the primary motifs in this edition, and this time, around and it unfolds like life itself, with unexpected ups and downs, joys and disappointments both small and large, and a sense of lived experience. The career mode has no business being this good, but it truly is, blessed with moments of pure jubilation. As the player, you can’t help but get caught up in The President’s dreams and his dreams become yours. 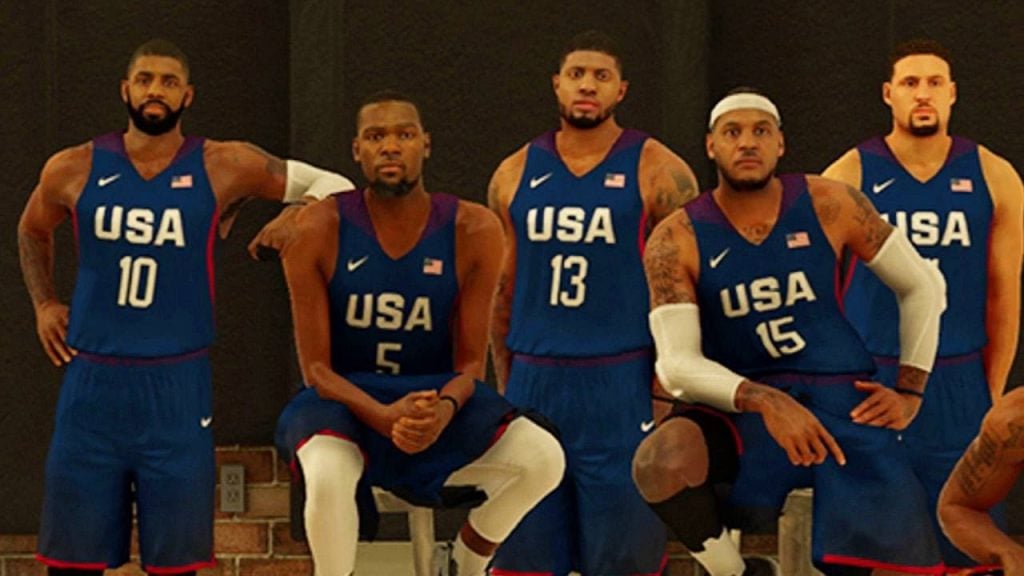 NBA 2K17 offers a wide variety of ways to play the game. Single player modes allow you to simply practice against the computer AI on numerous difficulty settings. You can also find countless hours of entertainment in both MyGM and MyLEAGUE. Meanwhile, My Team, game mode returns with single and multiplayer modes, offering players challenges to earn card packs and build a squad. Virtual Currency is feeling as pervasive as ever and it could cost you hundreds of dollars to fully level a character. On a positive note, unlike recent years the online connectivity has been relatively smooth thus far. 2K has righted the ship, let’s hope it remains that way.

What makes NBA 2K17 the best in the series so far is the actual gameplay. It becomes right away obvious that the 2K developers spent more time on how it feels to actually play a game of basketball. On the court, NBA 2K17 is best in class. If you’re looking for realistic NBA hoops action, you can look no further. A new focus on defense is the biggest change. The AI is smarter and I do mean smarter. Going one-on-one won’t work most of the time and good luck driving to the net to perform spectacular 360 dunks. The steal system is drastically different as well, and it’s much easier to strip the ball away from weak ball handlers. The game is tough but in the most rewarding way possible and characters really do mimic their real life counterparts. If you want to pull a killer crossover and actually get to the net, you’ll need to use a player known for his dribbling skills. The only one easily soaring and scoring is Michael Jordan. After six consecutive years of having Michael be part of the game, they finally perfected his role. In a matchup against the Golden State Warriors, MJ stood out by a mile. I beat my old 2014 record of 101 points, scoring 119 points until Jordan was injured with only two minutes left in the fourth quarter. He was out for the season and my hopes of winning the championship went down the drain right then and there. That’s right, injuries are more common this time around and if you make the fatal mistake of keeping a player on the court too long like I did, you might just lose your star player for the remainder of the playoffs. More importantly, there’s an emphasis on teamwork and the introduction of the “Dynamic Duo”—a potentially devastating stat booster that gives certain pairs of players a performance bonus whenever they’re on the court together. Another major change is the texture—There’s a sense of friction when you charge down the lane this time around. You can’t just charge toward the hoop for example, and expect to easily walk through the other team. People who are in your way are actually in your way and you’re more likely to get called for charging if you run into someone. It’s a new dynamic that rewards a player’s dribbling skills without noticeably slowing the game. Timing mechanisms have also been included for all shots in the game, and I do mean all. The idea here is that there is a skill required for every shot that you take, be it a layup or a simple jump shot or a shot from deep three-point range. Learning the nuance of each and every player in the game certainly is rewarding. 2K Sports even took a page out of EA Sports’ NHL franchise handbook and essentially moved every offensive movement to the right stick. Every dribble, every shot type is right there, and the ability to string multiple moves and counters on the fly requires skill. Regardless if you’ve been playing 2K games for the past decade, you’ll need to adjust your gameplay.

NBA 2K’s latest entry comes equipped with an impressive update on its pregame, in-game, and halftime presentation. The sheer amount of familiar NBA voices you’ll hear throughout your hours of playing NBA 2K17 is amazing. The star-studded cast includes David Aldridge, Greg Anthony, Kevin Harlan, Clark Kellogg, Brent Barry, Doris Burke, Steve Smith, Chris Webber, Ernie Johnson, Shaquille O’Neal, and Kenny Smith (Charles Barkley is a noteworthy absent). 2K clearly spent a lot of time making sure that each arena feels both significant and different. Visual Concepts traveled to every NBA team’s home turf to record and analyze the different sounds exclusive to each arena. In all, the developers recorded more than 200 hours of NBA games. The authentic audio in NBA 2K17 includes the way the ball sounds when it bounces on the floor, hits the rim and backboard, and goes through the net; crowd noise, and team-specific buzzers. Even the facial scanning method that 2K uses in this year’s game works well, moving away from the system camera and pushing players to the NBA 2K app for better results. The production value is incredible. And NBA 2K17’s career mode includes the ability to expand the current 30-team league to 36 clubs, a first for any licensed team sports video game. League customization options were also added that allow users to insert edited or rebranded NBA teams, classic teams or teams from the Euroleague. You can even create and customize your very own arena. It’s all there including 45 teams from the past, from Bill Russell’s 1965 Celtics to LeBron James’ 2012-2013 Heat, as well as the 1992 Dream Team, the 2016 U.S. Olympic team, and the 2016 Australia Olympic team. 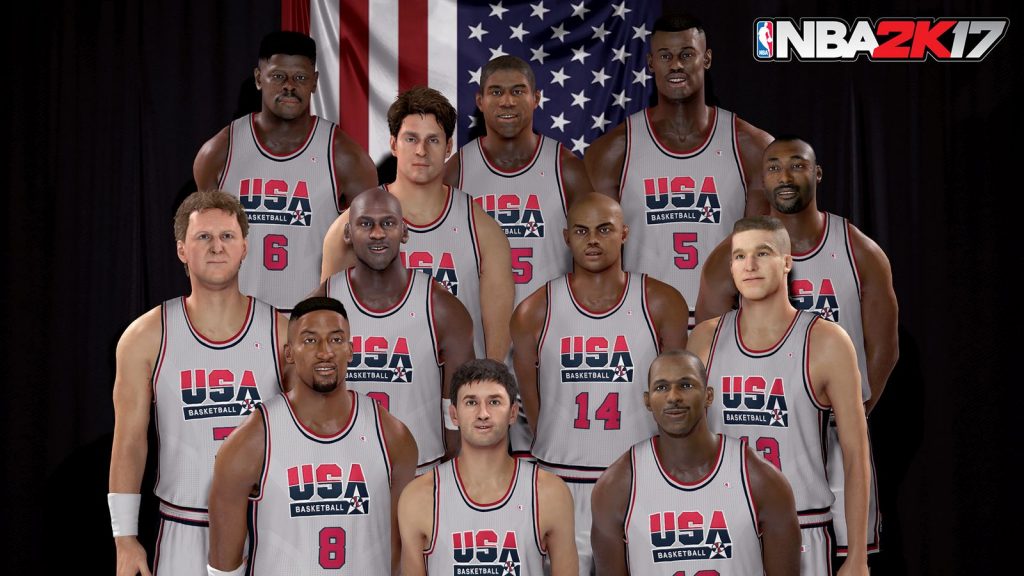