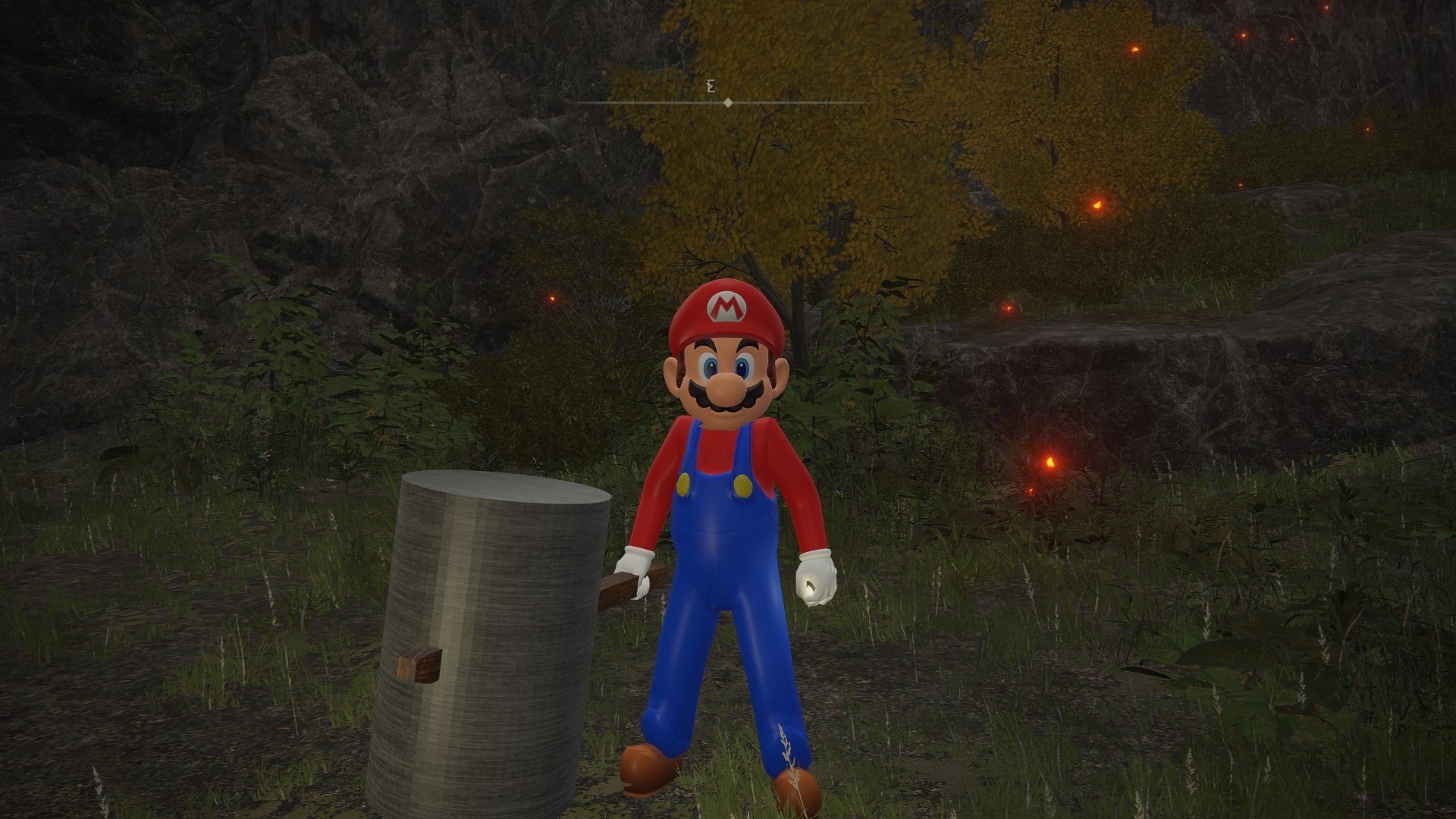 If you ever wondered what a Mario game developed by FromSoftware might be like, then look no further than this bizarre mod created by jjaneck1, which replaced the nameless protagonist from Elden Ring with Nintendo’s famous mascot. You can view several images of Mario in the Elden Ring mod below, and while it may seem strange at first for such a lighthearted character to be appearing in such a grim setting, it soon becomes clear that our favourite plumber is right at home in the world of the critically-acclaimed dark fantasy RPG. After all, you can see that his trademark grin remains intact, and he clearly still has a blast (no pun intended) when it comes to using fire to vanquish his foes. Best of all, Mario’s gigantic hammer (which he sometimes uses as a weapon in his own games) was included in the amusing mod, so the monsters of Elden Ring really will not stand a chance.

The Mario mod was added as a cosmetic skin known as the Mushroom Armor Set, with a separate addition from jjaneck1 known as the Iron Armor Set allowing fans to play as Luigi. If you play Elden Ring on PC and you would like to access these mods for yourself, you can find the instructions on how to do so over on Nexusmods.com. There will most likely never be an official M-rated Mario video game, so this mod is probably the next best thing.