The indie game genre is notorious for housing a plethora of games that fly under the average consumer’s radar. Whether it’s due to a lack of marketing or an untimely release, many exciting experiences are left undiscovered by a potential fan. Such is the case for Satellite Reign, a squad based tactical action game set against a dystopian cyberpunk backdrop. Reign, which launched back in August of 2015, cultivated a strong cult following and received strong critical success, yet failed to attract a large enough crowd to push it into indie stardom.

What makes Satellite Reign so deserving of a larger audience is how true to form and refreshing it is. Acting as a spiritual successor of sorts to Bullfrog Studio’s cult classic Syndicate, Reign took both the cyberpunk setting and four-man tactical squad of the aforementioned game and improved upon it in every way. Gameplay feels fluid and comfortable, as the player’s agents perform a myriad of commands that include hacking terminals, stealing valuable data, killing enemies in a variety of methods, and much more. Each of the four unique classes compliments the other three in every way, as the player must rely on all four skill sets to complete a mission with the utmost success. 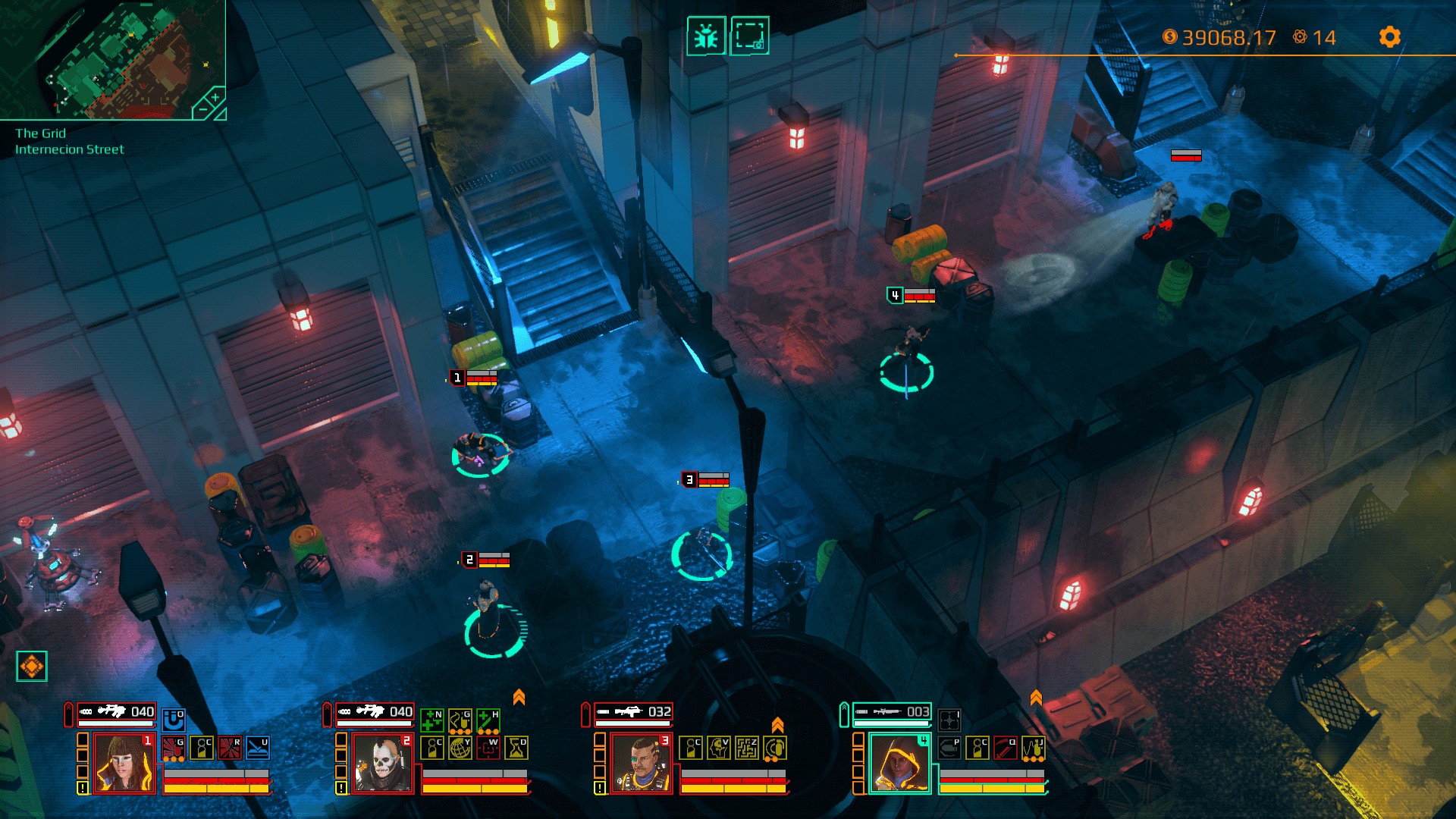 The world and story of Satellite Reign is somewhat cookie cutter, but this does not subtract from the quality of the game itself. While the overarching narrative of futuristic corporate conflicts and underground, cyber warfare is forgettable, the amount of diversity and content packed into each of the four main areas makes up for it tenfold. The player must traverse a multitude of areas that include everything from rainy city streets to high security industrial complexes and compounds. Scattered throughout the four levels are a plethora of ATM’s to hack for a steady stream of money, side quests to complete to unlock extra gear, and enemies to evade or engage, depending on one’s play style. Textures throughout the game aren’t of the highest quality, but this is made up for by the amount of detail put into each area, and the pleasant neon color palette splashed across the entire world.

By far the most intriguing aspect of Satellite Reign is the equipment, ability, and cloning systems. Each agent and their respective classes have specific skills that give them a strong advantage over their enemies. However, as your units are killed and respawned, their bodies begin to degrade. This can cause their abilities to lose some of their luster, and can even affect the amount of health they have. To deal with this, the player has to find new bodies for their agents to inhabit. By targeting and copying the DNA of a wandering denizen, the player can refit their agent into a new body, albeit with slightly different stats and characteristics. This adds another layer of depth to the game, as the player must be mindful of the integrity of their agent’s body, and be on the lookout for potential new hosts. 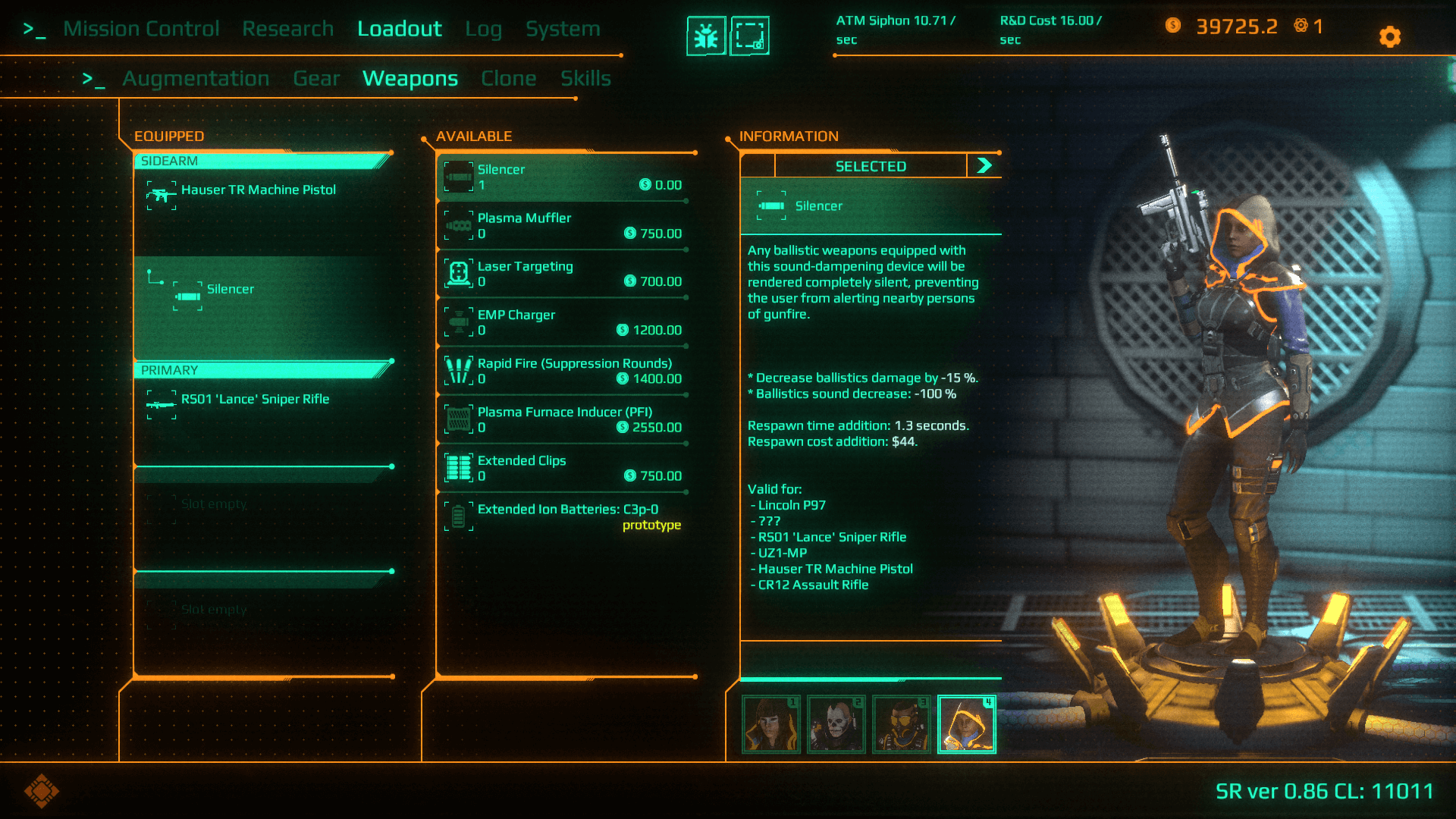 Along with this comes the equipment system. Traditional firearms are coupled with energy weapons and a slew of biotic enhancements to make customizing one’s agents a multi layered and unique experience. To unlock better weapons, the player has to complete side missions and research the technology they found. Additionally, some weapons and armor can be bought from the black market. While researching tech does take some time, the player can rescue and recruit scientists who will reduce the amount of time needed to acquire new gear.

The amount of detail and depth that inhabits Satellite Reign is staggering. Everything from the congested city streets to the multitude of ways a mission can be handled immerse the player in the game’s lovingly crafted world. Add to this the complex combat system and real-time tactical elements, and Satellite Reign is an indie marvel that should not be overlooked.