Every Christmas, my favourite pastime is playing video games. I love gathering in the living room and playing multiplayer games with my family and friends. Last Christmas, a good portion of my holiday was spent playing titles such as Super Smash Bros., Mario Kart, and Super Mario 3D World, to name just a few. Normally, my video games consoles are set up in the living room, but last year on Boxing Day I decided to convert one of the other rooms in my home into a dedicated gaming room. I bought a new television and set up a brand new entertainment system in my cozy new environment, and for the past 365 days, that room was my number one hangout. And even when none of my friends or family was around, I had my dog, Dobby, to keep me company.

Dobby loved the game room, so much so that when I would pick her up and bring her upstairs, I would put her down in the middle of the hallway and ask which room she wanted to go to. She’d look at all three options, point to the game room, look back at me for confirmation, and quickly stagger over with her tail wagging in joy. I don’t know why she loved it so much. Truthfully, it is the smallest room in my home, and also the coldest one to be in, but nevertheless, it was her favourite place to be. She would get up on the couch and cuddle next to me while I watched television or played whatever new video game I just bought. I spent time in that room at least once a day for the past 365, and by my side was my dog, who I would speak to as if she was a human. She might not have been able to reply, but she loved sitting there listening to me talk to her.  Sadly, those days are over.

On the morning of Christmas Eve, my best friend passed away. 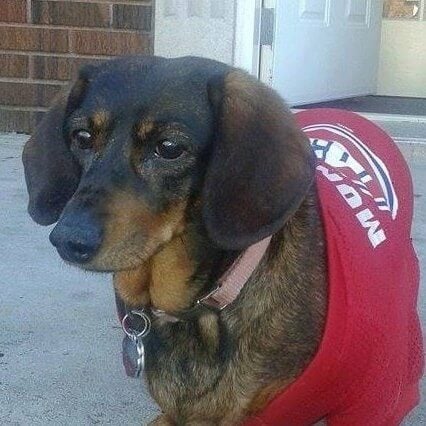 Dobby loved watching hockey games, and obviously, her favourite team was the HABS!

It is hard to explain to someone who has never had a dog, just how painful it is to lose your best friend. Dobby has been in my life for twelve years now, which is the longest relationship I’ve had with anyone outside my immediate family. I spent every morning, afternoon, and night with her, and now she is no longer here. Losing someone who has been by your side for such a long period of time is very different than say, losing a relative who you visit once a year or haven’t seen in quite some time, even if you were once very close. That person, and in this case, my pup, accompanied me every day for over a decade. There is not one second that goes by where I don’t instinctually get the urge to look over to see where she is, call her name, or expect her to be somewhere where she will no longer be. When I walk into my home, I expect her to come running to the door to greet me, and when I walk into the kitchen, I can’t help but look over to her bed to see if she is there. When I fall asleep or wake up in the morning, I find myself by habit, reaching over to pet her, and when I sit down on my couch playing video games, I can’t help but look over expecting her to be sitting by my side.

For many people such as myself, a pet is not “just a dog” or “just a cat.” Dobby is a beloved member of my family, and when she died, with her death came a significant, traumatic loss. I’m not too shy to admit that I’ve spent nearly every waking hour of the last two days in tears. And as I sit here writing this, the tears continue to flow down my cheeks. Grief can be complicated by the role an animal played in your life, and for me, it stretches far beyond what most people experience. You see, I’ve been battling a deep depression over the past twelve months. To say that 2016 hasn’t been kind to me is an understatement. It is without a doubt, the worst year I have ever had, and maybe ever will have. I was the victim of a hit and run this past September, which may seem horrible, but that unfortunate event was a walk in the park when compared to everything else that happened in my life. Video games, however, were my escape, and whenever things got tough, I would sit down and take my mind off of whatever problem I was having by playing a game on my PS4, Xbox One, or Wii U. 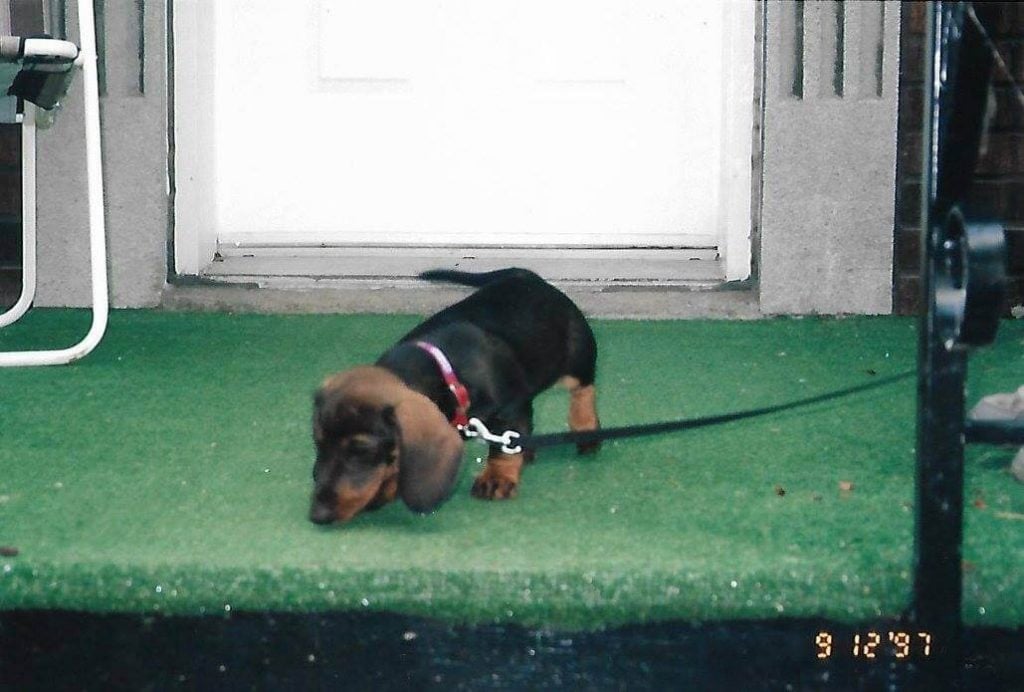 It isn’t a big secret that over the past few decades, researchers have concluded that playing video games can help deal with depression. Of course, it can also help increase depression as well. Self-medicating with games can be a dangerous path to go down, and I wouldn’t recommend it. If you play games with an “escapist” mindset — that is, to ignore your problems, to block unpleasant emotions, or to avoid confronting stressful situations — you’re more likely to suffer some of the negative effects. This shouldn’t be groundbreaking news, but on the flipside of that argument, video games are also known to be very therapeutic. My philosophy in life is that too much of anything is no good, and you need to find the right balance. That is what I did. Most of this past year was spent hard at work, or working hard to finish my degree. I’ve had very little downtime, but what little time I had for myself was spent relaxing at home in that room I spoke about above, with my best friend, Dobby. The problem now is that she is gone, and being in that room causes me nothing but grief. 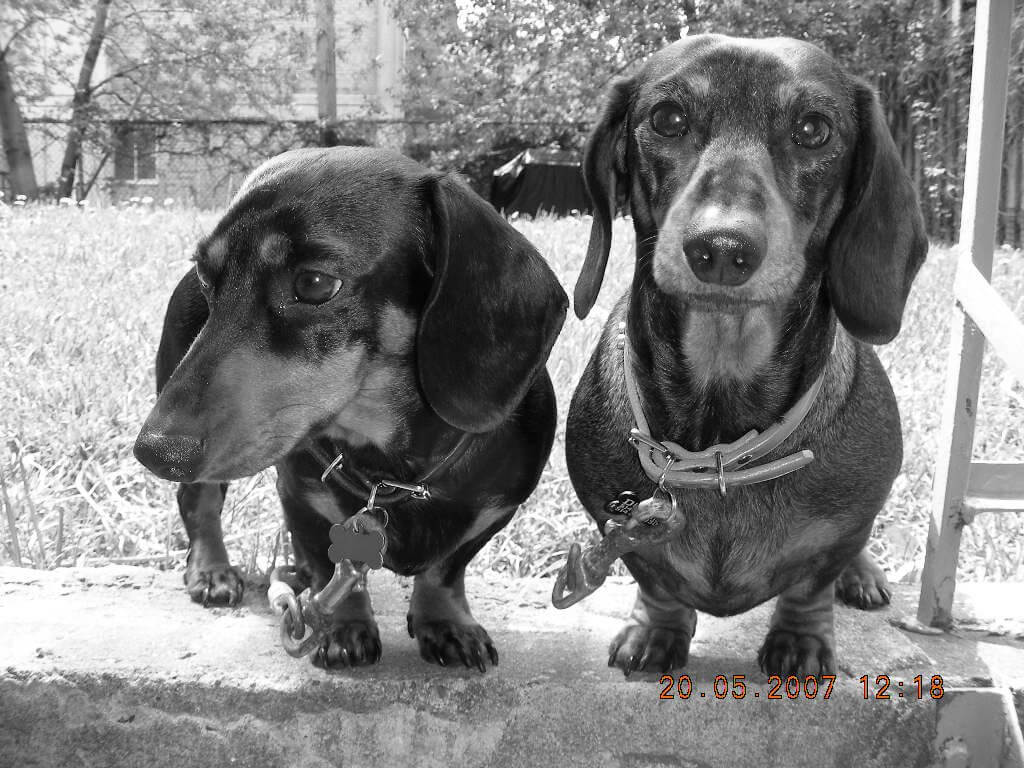 Dobby with her brother Igor.

Dobby was the reason for me to wake up in the morning. She gave me a purpose. She is like my child, and it was my responsibly to take care of her. At the moment, I am single and have been now for a couple of years after breaking away from a long term relationship. I do not have children (although I really want kids) and while I do have a family, my family isn’t always here to provide any needed emotional support. Dobby was there for me every day, the only one who could make me smile, and with her gone, I am lost. To add insult to injury, the number one pastime that I could rely on to take my mind off my problems is not a viable option at the moment, because every time I step into that room, I can’t help but think of her.

I’ve been fortunate enough to have several friends over the past few days to help comfort me. We’ve had some long conversations about life, about death and about everything in between, and of course they all say it will get better. I don’t deny that it will get easier with time, but I also know this feeling of immense loss won’t ever go away either. Dobby will forever remain in my heart, in my memories, and my life will obviously never be the same without her.

Someone told me recently that they knew somebody who refused to get their kids a dog, calling it “heartbreak in a box.” In other words, you know that one day you will be faced with heartache when your dog dies. There is no denying this, but what this person doesn’t understand is that all things come to an end, and that includes all relationships, be it with a human or an animal. It is the journey that matters, and that is what makes it all worth the while. I would never trade a single second of my time spent with Dobby for anything in this world. 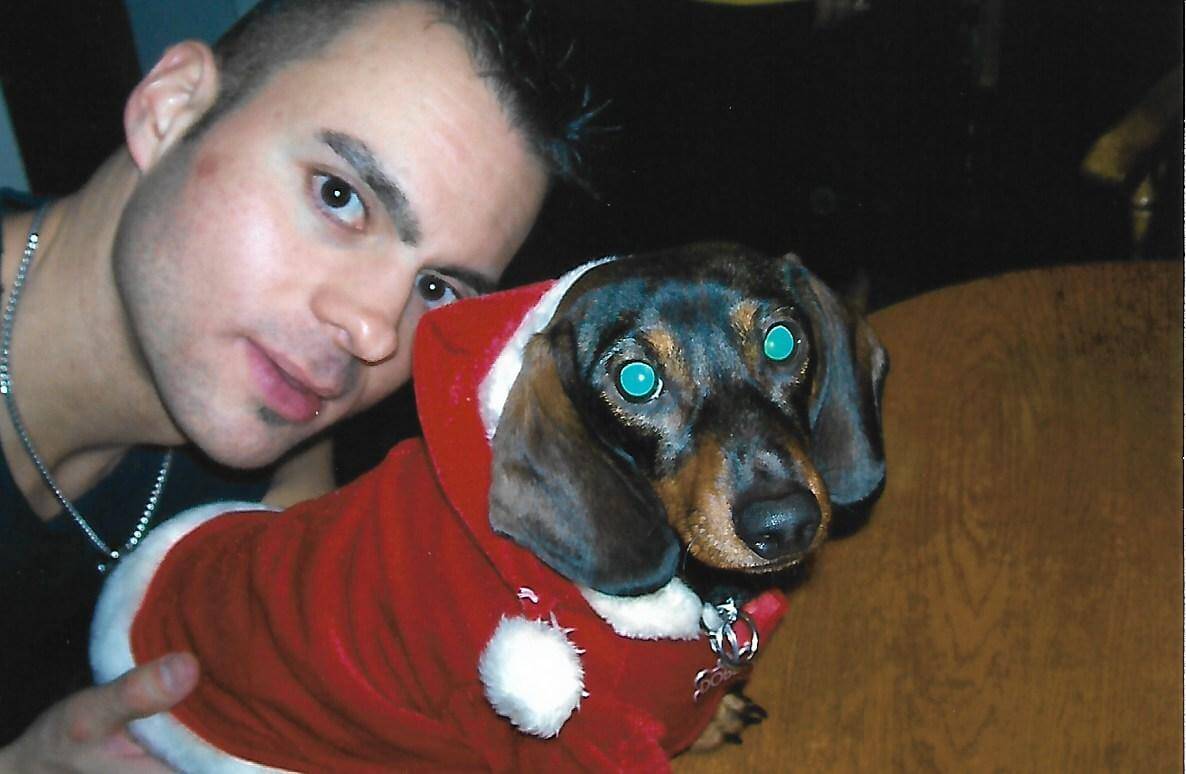 There are only a handful of days left in this year and I don’t expect it to get any easier, but as the editor of a gaming website, I know eventually I’ll have to return to my game room and get back to playing some video games. I don’t expect to return anytime soon, however, and in the meantime I don’t know what I will do. Video games and Christmas have always gone hand in hand for me. Since I was a child, the number one Christmas gift I’ve always wanted was either a video game console or a video game, and I spent countless hours during the holiday season playing those games with my family and friends. Unfortunately, now Christmas will forever be associated with the death of my best friend, my dog, Dobby.

There is no good time to lose a loved one, but I can tell you that having it happen during the Christmas holiday is a million times worse. My dog was so smart that she understood what Christmas was all about. As soon as she saw us put up the Christmas tree she knew she would eventually find a Christmas gift sitting for her under that tree. My dog loved Christmas and she loved opening gifts. She knew which gift belonged to her and she knew that she had to wait until I gave her the go-ahead to open it, and when it was time, she would tear the wrapping paper apart. She loved Christmas, and it breaks my heart she wasn’t here this year to open the gifts that are still left sitting under the tree. It breaks my heart that she is not here to keep me company, be it watching television, going for a walk, cooking dinner or yes, playing video games.

Nobody can fully understand the meaning of love unless he’s owned a dog. A dog can show you more honest affection with a flick of his tail than a man can gather through a lifetime of handshakes. -Gene Hill 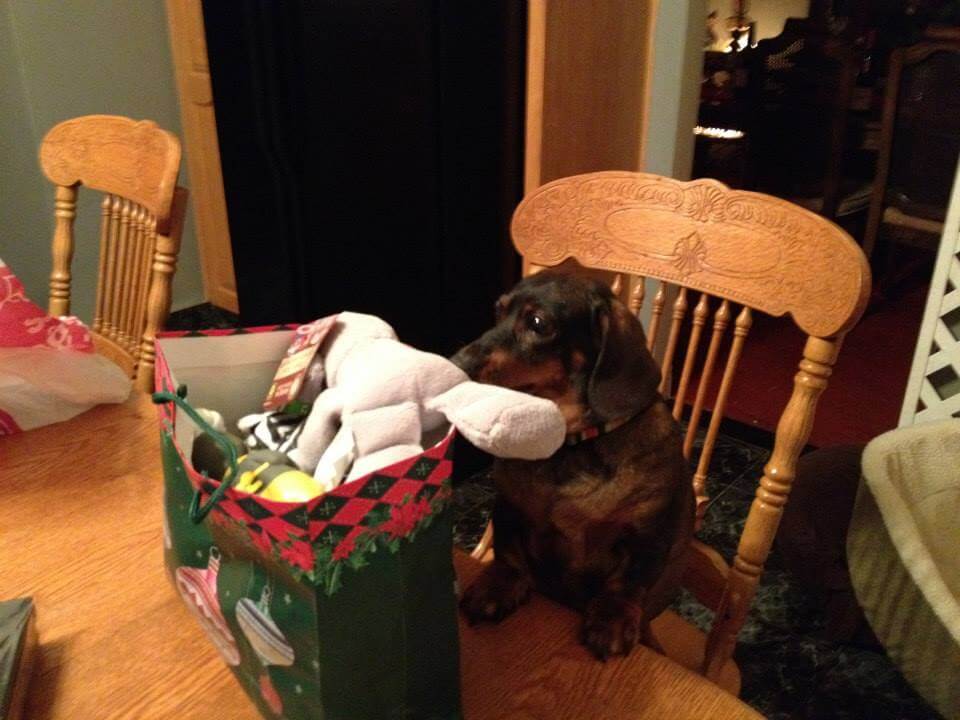