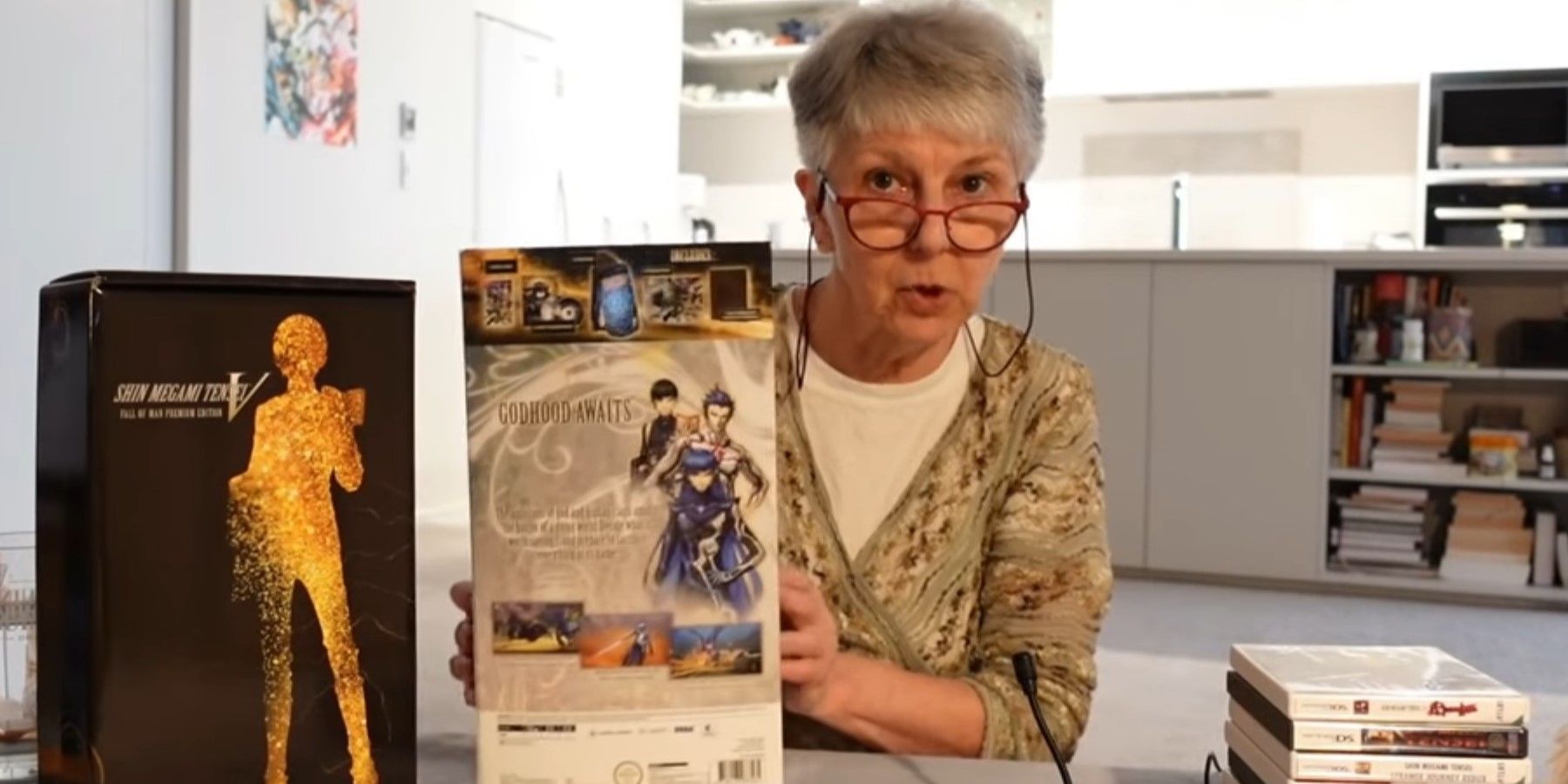 I was more than a little curious when my editor sent me an unboxing video of the Fall of Man Premium Edition of Shin Megami Tensei V by a YouTuber called Food4Dogs. When I saw that this YouTuber was actually an older lady, I must admit that the sceptical part of me thought it may have been some kind of gimmick, with younger relatives standing behind the camera and feeding Food4Dogs the information she needed to sound like a real fan. As soon as I started watching the video, I immediately felt bad as I knew just how wrong I was. Food4Dogs- whose real name is Britta- is not just a gamer; she is a gamer with huge passion and respect for the entertainment platform that is video games.

I became more and more engrossed as I continued to watch Britta’s Shin Megami Tensei V unboxing video, learning a fair amount about the series from her (I am familiar with the series and have played Persona 5 but I don’t have much knowledge other than the fact that Persona is a Shin Megami Tensei spin off). Britta provides a thorough look through the premium edition of the game, all whilst displaying her extensive knowledge of the series. My favourite part is her showing us the demons of the game in the book that comes with the premium edition as I recognised them from Persona 5 and I felt a little less incompetent as a gamer at that part.

I am now genuinely interested in playing Shin Megami Tensi V now thanks to Britta. In fact, I’m now interested in going back through the series and maybe trying to get hold of the older ones. All that’s left to say about Britta is that I genuinely and sincerely hope that I am like her when I am older. I always want to shout out the YouTube comment section of her unboxing video as so many of the commentators refer to Britta as “ma’am”. Such an unexpected level of respect. You did good for once, Internet. The unboxing video can’t be embedded but watch the whole thing at the link here.