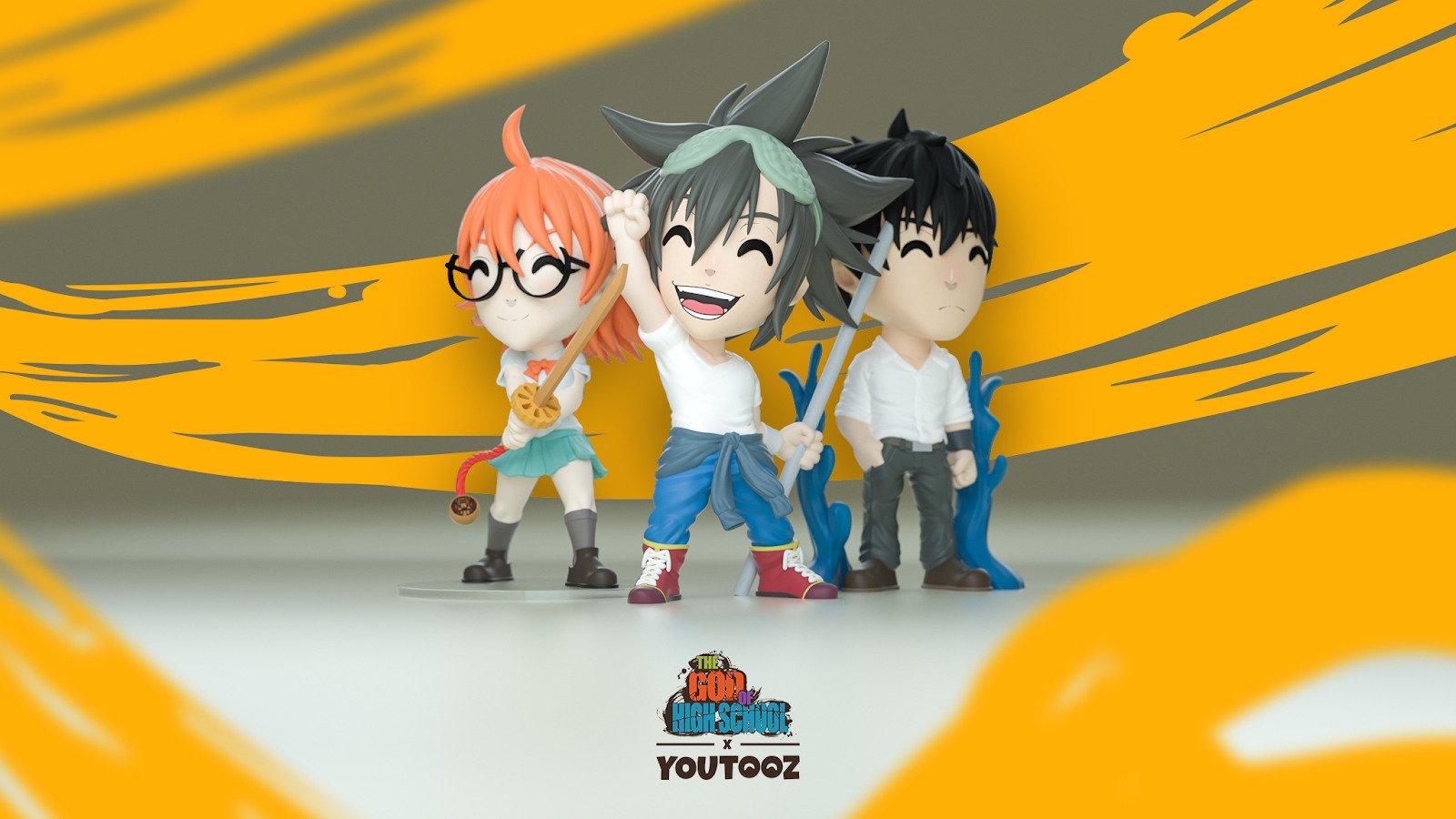 If you’re a regular frequenter here on the blog, you are probably aware that I have recently become a bit of a fan of the Youtooz collectables. I’m a big fan of collectables anyway, (my bedroom is crammed full of vinyl figures, plushies and posters because I am an adult and I do what I want) but Youtooz is a new find for me and I instantly fell in love with the designs- which add just enough detail to have more depth than some other brands of collectable figures but are done in a way that gives them an adorable and cute aesthetic. Youtooz are expanding their collectables by introducing their very first anime collection based on the South Korean manhwa turned webtoon turned anime series The God of High School /갓 오브 하이 스쿨.

The Youtooz series will feature three characters from The God of High School franchise: Mori Jin (진모리) – the seventeen year protagonist and skilled martial artist-, Daewi Han (한대위) – a hard working fellow martial artist who befriends Jin and is something of a loner- , and Mira Yoo (유미라) – a highly skilled swordswoman who is able to separate herself from the burdens of the expectations of her family thanks to her friendship with Han and Jin. To avoid any confusion I just want to say that as I have a strong interest in Korean culture, I have written their names above as they would be in Korea – with the surname first-, but the Youtooz collectables themselves have their first names and then their surnames! Yes, I am that much of a stickler for detail. Please do not judge.

The figures cost $29.99 and will be available for pre-order next week on Friday 30th July at 3pm ET. They will be shopped in a protective outer sleeve that is embossed and matte to keep the figures safe and sound when they are on their way to you! Check out the artwork for the figures and their descriptions below.

Jin Mori – Jin Mori stands 4.7 inches tall, throwing one fist in the air. He wears a white t-shirt, a sweater tied around his waist, blue pants and detailed red high top boots. His iconic green glasses stay glued above his eyes, covering the front part of his hair. His double-walled window box is inspired by a blue dragon with bright red eyes floating around the panels.

Han Daewi – Han Daewi joins the Youtooz anime collection with the release of his inaugural figure. He stands 4.5 inches tall, wearing his usual loose fitted white button up shirt, black pants, brown shoes and wristband. Next to him is blue energy floating up to the sky. His double-walled window box was inspired by broad brush strokes from the anime’s art style.

Yoo Mira – The cute Yoo Mira joins the Youtooz universe holding her moonlight sword with two hands. She wears her green dress, white collared shirt with an orange bow, and bears a smile with rosy cheeks. Her big glasses complete the look of this collectible. The double-walled window box is illustrated using golden colors and gold leaves.

Everything From The Animal Crossing: New Horizons 2.0 Nintendo Direct