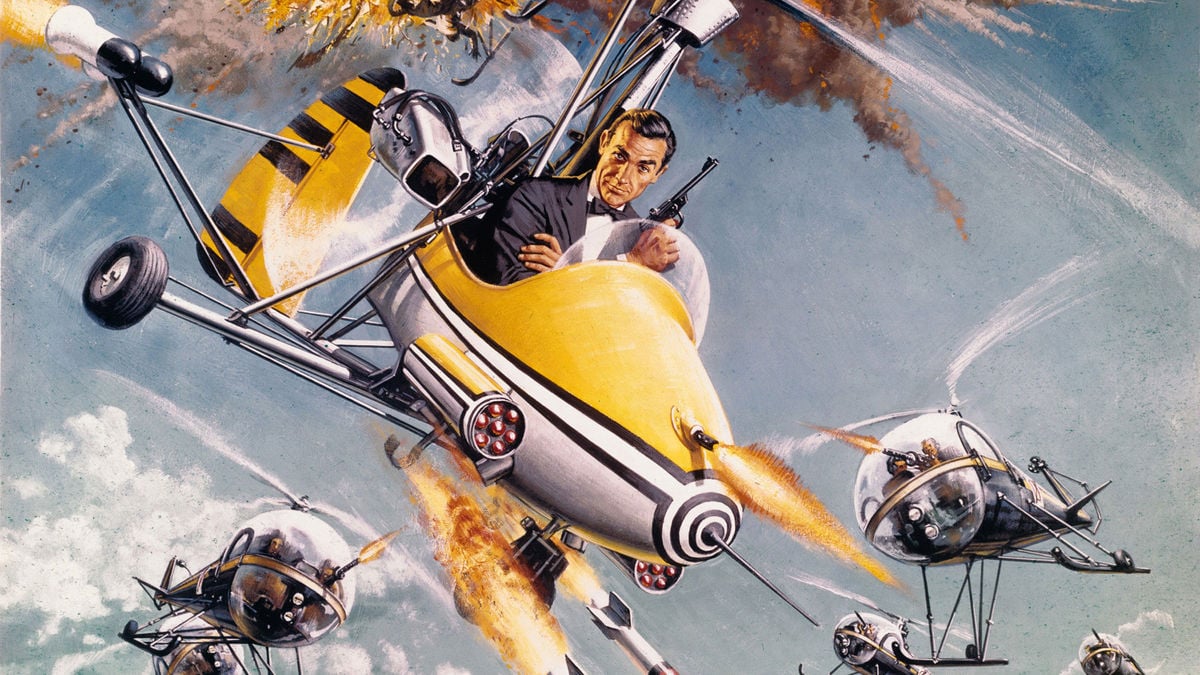 Easily the most parodied of all the James Bond films, You Only Live Twice is the fourth film starring Sean Connery as 007.  After five years portraying the secret agent, it took producers Albert R. Broccoli and Harry Saltzman (as well as an increased fee) to persuade Connery to become Bond once more, before the five-year hiatus before his last official outing, Diamonds Are Forever.

You Only Live Twice is a completely different story in comparison to Ian Fleming’s original novel, as the film sees numerous manned spacecraft disappearing from orbit, with Russia and USA blaming each other during the Cold War.  After faking his death, Bond travels to Japan to join forces with Japanese Secret Service to investigate and meets the head of SPECTRE, Ernst Stavro Blofeld.

First off, there is one certain inconsistency that dents the film’s credibility: Bond manages to pretend to be a potential business associate and meets with Mr. Osato, a chemical company CEO who is involved in SPECTRE.  Bond’s reported death (and his picture) were reported in the press yet neither Osato nor his assistant Helga Brandt, recognize him.  Instead, the characters go through an almost laughable chase around a shipyard and an escapable plane explosion before SPECTRE realizes that Bond is still alive…and is pretending to be a Japanese fisherman.   Yeah, I don’t get it either.

Nonetheless, Connery shows that he can still pull off the charm of being 007 after four years in the role and supporting cast members, especially Mie Hama (Kissy Suzuki) and Akiko Wakabayashi (Aki), perform their short but sweet roles well in an English-speaking film. The most notable character though in the film has to be SPECTRE’s No. 1, Blofeld.

The introduction of this character, aided by Donald Pleasance’s calculating and quite chillingly calm demeanor, is particularly memorable as we see Bond come face-to-face with the antagonist for the first time, not to mention the fact that this character eventually directs the course of the future Bond films due to his involvement with Tracy Bond’s murder, shortly after their wedding.

Along with a screenplay by the classic British author Roald Dahl, who wrote Fantastic Mr Fox, Matilda and The Witches, You Only Live Twice incorporates many cultural references of Japan (as shown in Fleming’s original book) as well as highlight the birth of a long-standing collaboration between Bond and Pinewood Studios, where SPECTRE’s epic volcano base was constructed.

It may not be up there with Dr No or Goldfinger in terms of classic Bond, but You Only Live Twice has certain elements that have shaped the series to what it is today.  The emphasis on gadgets and technology, the megalomaniac with aspirations of a world of chaos, PG-rated scenes of torture…it practically started here. Austin Powers wouldn’t have been the same if it wasn’t for You Only Live Twice.

For Your Eyes Only is Moore at His Most Connery

Die Another Day is Most Certainly Second-Rate Bond