What’s In the Box? Unboxing the Golden Girls Collector’s Box

A while back I wrote a piece on a Fallout mystery box I received from Toynk Toys. I wasn’t expecting much from that package but I ended up being pleasantly surprised with what I found inside.

Following up on that review, Toynk sent me a collector’s box of the hit sitcom, The Golden Girls.

The Golden Girls and Fallout don’t share much in common if anything at all, but here’s the thing – The Golden Girls is one of my favourite sitcoms of all-time, and so I was more than happy to receive the package for review.

For the unfamiliar, when The Golden Girls aired, it attracted more than 25 million viewers, becoming the highest-rated program of the week and consistently ranked in the top 10 sitcoms during its run. Over the course of seven seasons, the show was awarded 68 Emmy nominations, 11 wins, and is one of only 4 shows in TV history whose principal actors all won Emmys for their roles. 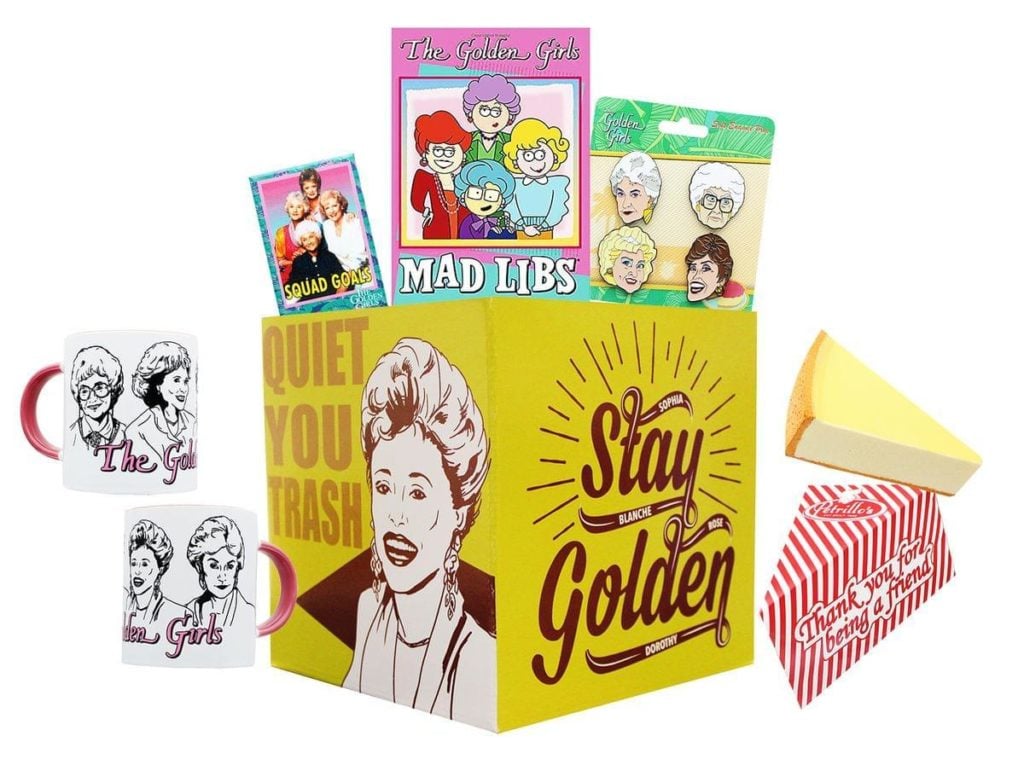 Putting aside those numbers, what makes The Golden Girls so special is that there really isn’t anything else like it and I can’t imagine any network nowadays even attempting to create a show about four old ladies given Hollywood’s obsession with youth – not to mention a show as sexually charged as this. It’s a series about life after 50 and in many ways, it was well ahead of its time touching on sensitive topics ranging from gay rights, adultery, racism, abortion, and AIDS. It’s not only well written but it features an incredible cast and is one of the funniest sitcoms ever made. It’s also a show that stands the test of time so if you haven’t yet seen it, do yourself a favor and watch it!

As a diehard fan, I can’t help but recommend this collector’s box set from Toynk which includes a Golden Girls mug (perfect for my morning coffee), an enamel pin set of all four leads (Bea Arthur, Estelle Getty, Rue McClanahan, and Betty White), and a mad lips paperback! Also included is a “squad goals” magnet décor for your refrigerator, and a Golden Girls t-shirt. And if that wasn’t enough, it also came packed in a Golden Girls-themed storage box. 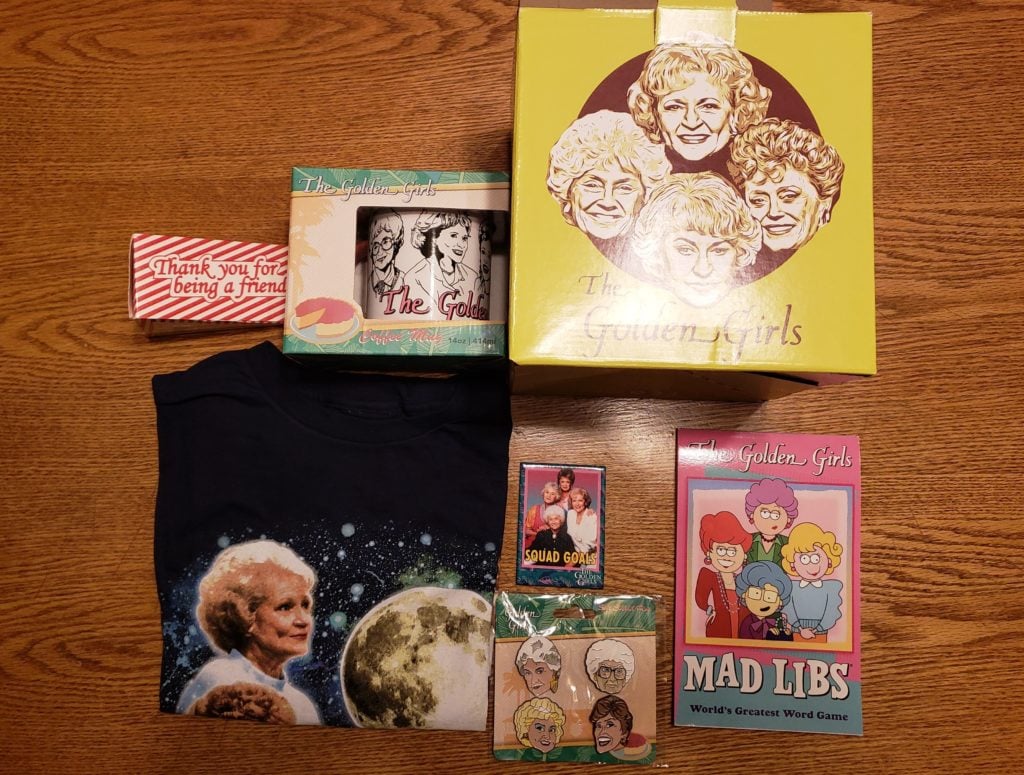 While the show went off the air 25 years ago, it lives on in streaming and syndication with legions of fans who are known to collect whatever Golden Girls-themed swag they can get their hands on. I can’t guarantee the collector’s box will please every fan because truth be told, I myself was hoping it would include either a vinyl figurine or bobblehead, but regardless, the package is still worth considering if you’re looking for a gift for a longtime fan of what is one of the greatest television shows ever made.