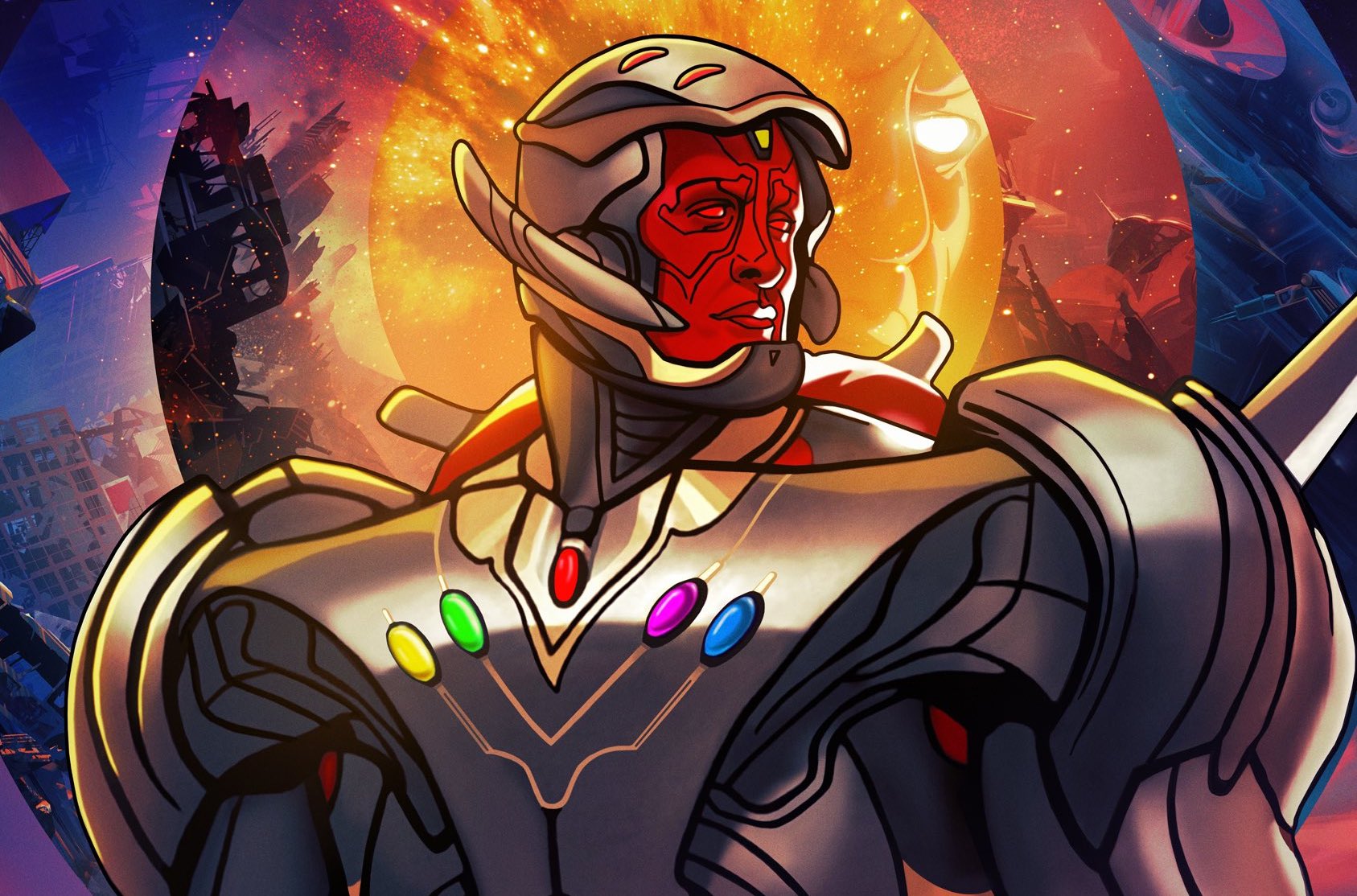 It may have taken a few mediocre and decent episodes to get back to the high standard it opened on, but the penultimate entry of What If…? is finally here as it ushers in the first (and only) two-parter of the series on a high note. After weeks of individualized stories spanning across the multiverse, Marvel’s first animated anthology is ready to see the birth of yet another crossover. The canon series to their ever-expanding cinematic universe offers a ton of excitement as episode eight begins to merge its array of alternate realities for the first time through its mysterious and rational narrator. “What If… Ultron Won?” is a great episode of What If…?, even if it feels a tad late on its delivery due to timing.

After Thor previously encountered a new version of Ultron decked out with the infinity stones, “What If… Ultron Won?” seemingly picks up some time following the show’s last episode — it is unclear but highly likely. In this alternate reality, when Tony Stark’s vibranium weapon for the Avengers was able to finish creating a new body Ultron used the powers of Vision’s infinity stone to take over the world. Pitting all humans against each other in one nuclear chain of events, the sentient artificial intelligence continued his quest for conquest outside the boundaries of earth. As he grows more powerful upon his road to being the only creature standing in the galaxy, the beloved villain discovers the existence of The Watcher. With only Black Widow and Hawkeye left to take down Ultron, the two go on a quest to discover a familiar digitized foe as the two superpowers battle it out for dominance.

At its core, the penultimate episode of What If…? sets up an intriguing unification for its finale. It finally embraces the aspects of the show that fans have wanted to see in terms of how its narration would tie itself into the overarching story. However, it inevitably does so with a couple of sacrifices. “What If… Ultron Won?” finds its strength through its ruling powerhouses, even though its human cast is indeed strong. The episode is split in half between Ultron’s adventures for domination and the Avengers’ journey for salivation, yet the former heavily overshadows the secondary quest.

The episode does a fine effort when it comes to dealing with its mortal cast, but the higher beings are where it really shows its backbone and heart. The Watcher and Ultron help make episode eight one of the best entries yet as it finally brings the observing narrative who is above a normal existence into the physical realm for a great showdown. Ever since Dr. Strange’s debut in What If…?, The Watcher has slowly shown his ability to intervene with the multiverse. The oath he once made to watch over the universe clearly dictated his will to save a multitude of realities, yet now the character is finally being thrown into the problems of the ones he once watched suffer.

The Watcher himself has always been portrayed as an apathetic and philosophical higher power, but here the writers make an attempt to humanize him. It is interesting that they decided to give him more of a personality during this entry as he practically watches the multiverse giddy from the edge of his seat hoping the underdogs make it out alive. The only problem with this newfound aspect of the character is the fact that he should have perhaps shown some of these characteristics before. When Dr. Strange first encountered The Watcher, episode four depicted the overlord with a personality that evidently was not going to stick. Even if this version of The Watcher does end up being more charismatic and likable for audiences, it’s a shame knowing that his importance was mashed into the story during its closing arc.

As for Ultron, there is nothing to complain about when it comes to the inclusion of the Avengers’ second major villain. His creation and rise to power make sense in the context of the Marvel Cinematic Universe and do not require any explanations for those who have seen Age of Ultron. The artificial creation of Tony Stark was always the most striking aspect of that film and it’s great to see him back in the spotlight — even if it will likely be for only two episodes. Like every other episode of What If…? Ross Marquand also notably acts as a substantial replacement for James Spader who did not return as Ultron for the series.

While there is always a lot to praise for the voice acting of What If…?, the visuals of “What If… Ultron Won?” definitely present another series high. The constant changing imagery as The Watcher and Ultron battle definitely outmatches the escapades of Hawkeye and Black Widow. However, even the latter has some notable visual moments as they traverse a barren earth destroyed by Ultron’s wrath. The scenes where The Watcher bleeds through the background are always engaging, but the action sequences and small character moments for the two Avengers are also overall super pleasing to watch. There is no doubt that the finale will be the show’s ultimate spectacle, but episode eight definitely is not one to discount in the grand scheme of the series.

“What If… Ultron Won?” is by far one of the most exciting episodes What If…? has had to offer in a while, but it is also going to require some payoff next time as the series throws all of its cards in for the season one finale. The return of some previous faces will surely satisfy fans, but whether or not it can wrap up its goal of integrating The Watcher into its vast multiverse is yet to be determined. The foundation has been excellently set for whatever comes next, but hopefully What If…? will be able to pull through with something spectacular.

Also, how many times are we going to see the same version of Captain Marvel? For an Avenger that keeps showing up every episode, it’s baffling we have not seen a unique reality of her.

Escape the Undertaker an underwhelming horror entry from WWE and Netflix