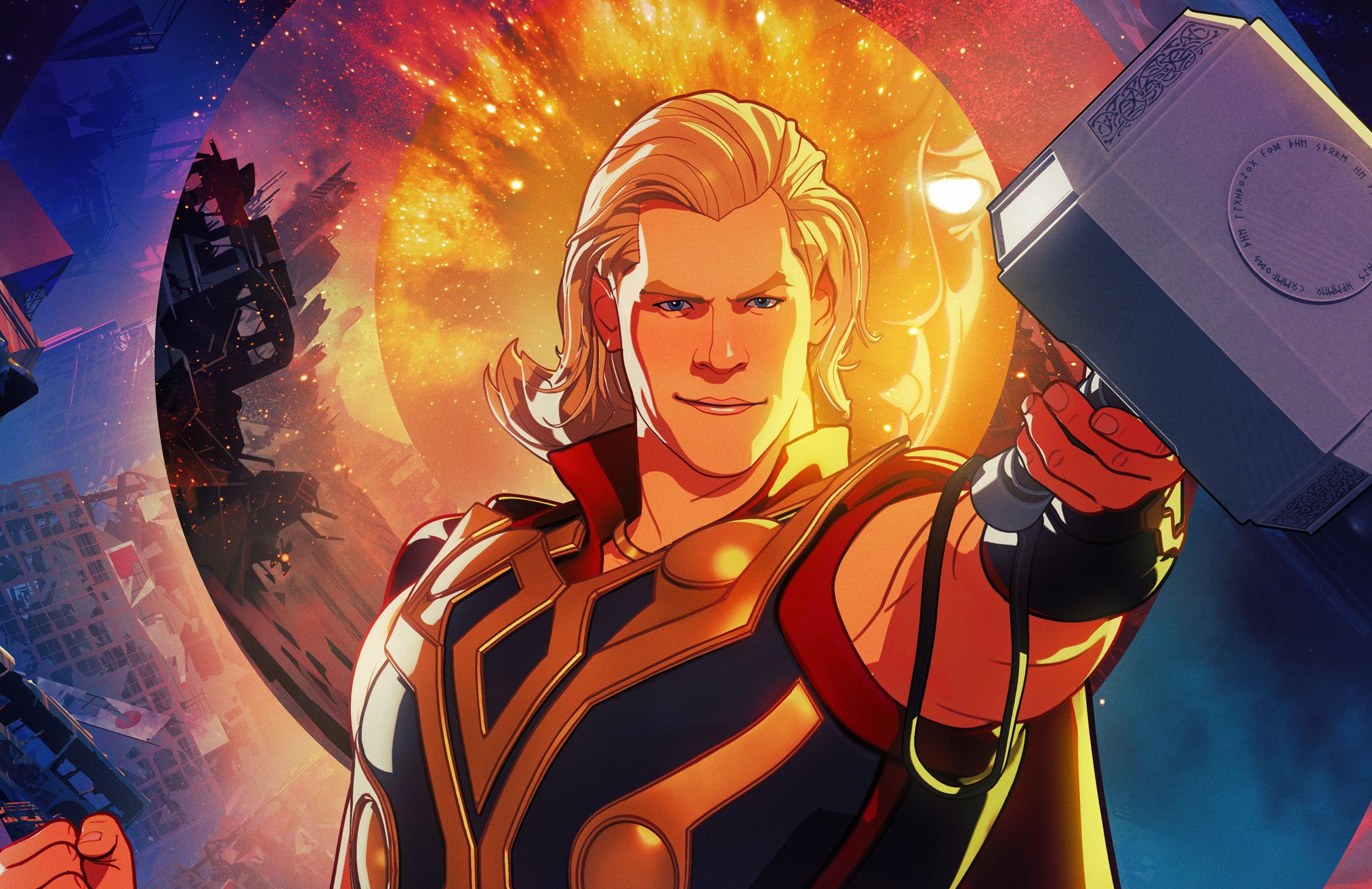 For the last two weeks, Marvel Studios’ What If…? has failed to impress audiences as its latest original concepts both yielded unfortunate narrative results. While the month started on a stupendous high note with Dr. Strange’s heart-wrenching series debut, the portions of the multiverse featuring a zombie apocalypse and Killmonger’s royal takeover have no doubt fallen short of their potential. After four straight weeks of depressing alternate realities bleeding with constant brutality and destruction, “What If… Thor Were an Only Child?” finally brings audiences back to something that the series has arguably needed for quite a while now; a fulfilling dose of non-depressing entertainment worthy of maybe even a few laughs.

Finally bringing the spotlight onto the fan-favorite god of thunder himself, Thor’s first “what if” tale makes him a fighter for champagne and dancing rather than rulership and freedom. Rather than “adopting” Loki under his family name during the original Thor, Odin decides to return the lost frost giant to his former family. The warm decision causes years of prosperity amongst the two enemies, but a family is left with an empty void. As Thor grew up without Loki by his side, the future ruler of Asgard’s outlook and personality changed to become drastically more upbeat and carefree — which is to be expected as the frost giants after all were a major stepping stone in terms of Thor forging himself as a regretful yet charismatic king.

It is undoubtedly not the most complex or deep episode of the series, but “What If… Thor Were an Only Child?” contains a digestable story change that results in yet another expansive universe. It may lean on simplicity, but it makes the absolute most of its chaotic situation. There is no better way to break up the onslaught of serious action and excessive violence What If…? has been taking to the heart ever since Hank Pym attempted to kill the Avengers than with an episode featuring Chris Hemsworth’s Norse god. With the help of its luxurious cast, episode seven does not need to rely on danger to tell a heartfelt and worthwhile tale.

It may lack the seriousness of the other entries, yet like how Thor: Ragnarok broke free from the franchise’s grittier tone, the latest episode of What If…? is successful at upholding the show’s key purpose. It is efficiently able to create a universe that feels in line with Thor’s most recent appearances while forging a unique scenario. Marvel Studios has always taken its characters into goofy and comedic territories since their phase one films were released. “What If… Thor Were an Only Child?” definitely thrives from its comedic focus for its protagonist, but it is once again another episode that will live underneath quite a few notable issues. Aside from the fact that the overarching theme is rather stereotypical for its medium, the “main obstacle” that is Captain Marvel is still as monotone as ever.

She is honestly just not a great contrast to Thor. It is also unusual how Marvel has continually refused to alter Captain Marvel with her multitude of appearances. It is more than okay to stick to a familiar version of a character audiences know, but how many times are we going to see the same Captain Marvel across these different universes? There is nothing distinct or charming about this version of her that stands out from the character’s various other appearances. Even though it may not lean in on its source material too much, episode seven is practically a heaven of easter eggs for die-hard Marvel fans to fall in love over. Considering how much the writers changed fan-favorites such as Surtur, Loki, and even the Grandmaster, it is a shame that they continue to throw the same version of Captain Marvel at audiences.

The most bothersome aspect of the entire episode though is quite honestly the ending — however, an overarching event was bound to hit What If…? eventually. The final scene clearly implies that the anthology series is about to get a bit serialized. While this is unquestionably not a problem as Marvel has obviously flourished with building an interconnected universe, the build-up to the connection has been underwhelming if not nonexistent. Potentially connecting all seven of these universes for one final episode feels like a bit of a slap in the face as there have been no real implications for it happening.

As per usual with What If…?, the majority of the cast is having an absolute blast with what they have to work with. Chris Hemsworth, Kat Dennings, and all of the Thor trilogy’s cast thankfully sound like they are having so much fun — even when the jokes do not land. Even Natalie Portman is giving it her all as she gets to reprise the role of Jane Foster before returning next year in Thor: Love and Thunder. Like Captain America and Iron Man’s stand-ins, Captain Marvel’s replacement voice actress, Alexandra Daniels, also does a great job at capturing Larson’s divisive performance.

Even with the likes of Hemsworth though, the visual direction of episode seven is its greatest highlight. The stylization of “What If… Thor Were an Only Child?” is over-the-top comicbook fashion merged with the insanity of Marvel’s Norse mythology. What If…? has had plenty of memorable moments because of its look, but episode seven has some really striking aspects that showcase the absurd idea of how superhero and supervillain powerhouses can traverse our world. This episode is by far the most “animated” in terms of how characters react and move in comparison to its predecessors. Its continually plays into fiction is a breath of fresh air that has not been scene since the show’s first two entries.

“What If… Thor Were an Only Child?” may uphold a rather stereotypical message and lean in on some cheesy tropes, but its usage of fun characterizations, wacky scenarios, and over-the-top visuals make it one of the most striking episodes of the series. It is far from perfect — or even being great for that matter, but after the last two episodes, this one certainly reaches many of its aspirations. In the vein of Thor: Ragnarok, Marvel’s newest off-route situation provides What If…? with what it has desperately needed most: variety, surprise, and fun. Not every episode has to be a dark and twisted reality ruled by a grim expression or a series of events that constantly calls back to a specific film or two. As stupid and carefree it may be, episode seven of What If…? is a welcoming change of pace from the weekly dose of devastation audiences have been getting.

Hopefully the finale of season one will blow audiences away next week!

The Wonder Years Pilot is one of the All-Time Greats