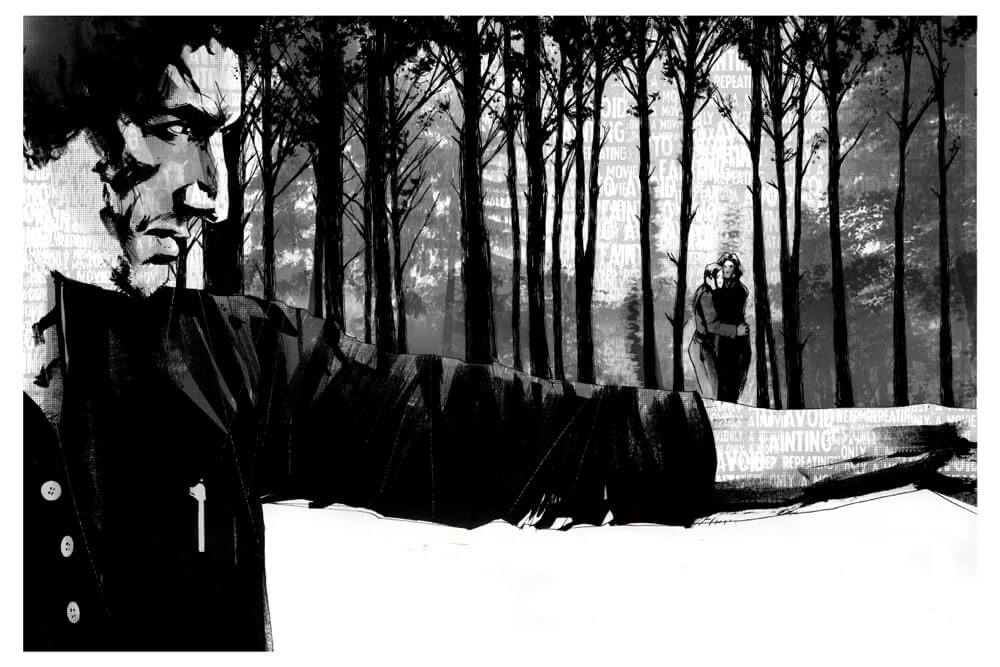 Much like The Texas Chainsaw Massacre and I Spit On Your Grave, Last House on the Left is a prime example of the unfair censorship in independent horror films. The film developed such a bad reputation that it was banned in several countries due to scenes of sadism and violence, and in 1982 was put on the “video nasties” list by the Department of Public Prosecutions. But thanks to critics such as Mark Kermode and Roger Ebert, who praised the film as an important piece of work, it eventually picked up a rabid cult following and is still ranked by many as one of Craven’s best.

Loosely based on Ingmar Bergman’s The Virgin Spring, the exploitation flick follows two teenage girls (on route to scoring some weed before a rock concert), who
cross paths with a makeshift family of rootless criminals. They abduct, torture, rape and brutally murder the girls. The twist comes in the second half of the film when the criminals try to find shelter and wind up at the house of the family of one of two victims. In classic “backwoods” horror style, the parents quickly clue in that they’re in the presence of the perpetrators, and take justice into their own hands, only their revenge is even more barbaric than the crimes committed against their daughter. The final half achieves its unshakable effect through a combination of things: oral sex, disembowelment, and death by chainsaw. Critics who protested about the level of violence were misunderstanding Craven’s intentions. Last House was extremely graphic, but the violence is never played for thrills. The violence, after all, is the central theme. The film emerged a few years after the Manson Family massacre and in the wake of the Vietnam war, and Craven intended it to be an evaluation of the decay of American Culture, onscreen violence, class divides and the naivete of the free-love-hippie era. Last House is a cutthroat, bleak cautionary tale, presented in an honest, albeit provocative, way. Unlike Sam Peckingpaw’s Straw Dogs (made a year earlier), Craven never glorifies the violence in Last House On The Left. Not a single frame is set in slow motion or over-styled for the sake of making it look cool. Instead, the audience is forced to confront the atrocities directly – and the initial rape/murder sequence of the teenage girls ends with one of the most unforgettable and chilling moments in any genre film. Once the killers realize they’ve gone too far, the audience clearly sees the remorse on their faces.Last House is a ruthlessly violent film, but one that still unnerves audiences today. It’s understandable why some may dismiss Last House as typical brownnose exploitation fare; the acting isn’t always great, several of the filmmakers and actresses worked in the porn industry at the time, the clumsy comedy feels out of place, the soundtrack, although notable for being heavily contrasted with the events on screen, is just plain awful, and the cops look like they walked off the set of The Dukes of Hazzard. Thus, the film suffers from some harsh tonal shifts throughout. Fortunately, the film looks great, despite the limited resources. Craven, who had experimented with making documentaries prior, opted to shoot in a very grainy, verité style, and filmed under conditions that produced genuinely traumatized performances, making it seem and feel even more realistic and powerful. One of the more memorable aspects of the film was the advertising campaign. In an attempt to make the fictional events seem real, the opening caption notes read “The events you are about to witness are true. Names and locations have been changed to protect those individuals still living.” It was so efficient that the same opening was later copied by The Texas Chainsaw Massacre. Last House also featured the tagline used in H.G. Lewis’s Color Me Blood Red, and in William Castle’s Strait-Jacket: “To avoid fainting, keep repeating, It’s only a movie…It’s only a movie…”.

The film also underwent many name changes, including Sex Crime of the Century, Krug and Company , and my personal favorite, The Men’s Room. All of the names proved unsuccessful and finally someone (although there is still some debate as to who) came up with the title The Last House on the Left.

Last House On The Left is an important snapshot of Wes Craven’s career and a must see for horror fans – a genre landmark, offending nearly everyone who saw it, and more importantly inspiring a wave of “backwoods horror” films to come, including House By the Lake, Fight For Your Life, the aforementioned Spit and Chainsaw Massacre, and lets not forget, Craven’s follow-up, The Hills Have Eyes.

Craven fans will note an early use of the house traps and dream sequences which would later help inspire the Nightmare on Elm Street series. Many themes in Last House are seen again in his second film The Hills Have Eyes. The soundtrack was composed by musician-turned-actor David Hess, who also played the main antagonist Krug. Wes Craven later used the name “Krug” in A Nightmare on Elm Street for the film’s villain, and Mario Bava’s Twitch of the Death Nerve/Bay of Blood/ was once retitled The Last House on the Left Part II although it in no way was related to Craven’s film. Apparently, there was also a film called The New House on the Left made in 1977, but is almost impossible to track down. The film’s producer Sean S. Cunningham went on to direct Friday the 13th, and Craven’s assistant editor and production assistant Steve Miner later directed the sequel.

Thoughts about the current generation (of gaming)