This Week in Gaming News: The Greatest Hits of Erasure (featuring Nintendo)

Welcome, newshounds, to that time of the week where I observe the settled dust of gaming news, sweep it back up into the air and then complain about how dusty the air is. If I had to pick a standout theme for this week’s piece (and I don’t have to, I want to), it’d be hard to ignore the overwhelming intentions of certain video game companies to basically just do whatever they want regardless of ramifications, both in terms of customer goodwill and, it seems, the law itself. Time to get ranty.

There’s a lot to get to when looking at this week’s Nintendo Direct, and as I feel more strongly about the bad than I do the good, we’ll get this little lot out of the way first. It definitely can’t be suggested that Nintendo didn’t reveal any new games in the Direct, even if nothing was jaw-droppingly inspiring. It’s been a bit of a dour second year in terms of major releases on Nintendo Switch, and the near future isn’t exactly mouth-watering, but it’s certainly not barren.

Among the biggest announcements from Ninty was the reveal of Luigi’s Mansion 3, which is coming to Nintendo Switch next year. A third game in the series is welcome, but it will definitely need to be boasting plenty of new content to justify its existence above it merely being a gap-filler before something more important comes along. The other ‘major’ announcement was that of a Switch Animal Crossing also arriving next year. Again, not something that made me all jingly in my janglies, but a game that is tailor made for an appearance on Switch. Provided, of course, that you don’t expect to be able to connect to anyone else’s village on the train unless you’ve got some portable Wi-Fi of your own (or you’re on a posh train).

Elsewhere, you can list under ‘things that made me smile’ the reveals of Katamari Damacy ReRoll (I might even use the motion controls, but don’t tell anyone about that), the continuation of impressive trailers for Daemon Ex Machina, Final Fantasy VII, VIII and X ports, and, I guess, Animal Crossing’s Isabelle being announced as the next new Smash Bros. Ultimate character. Actually, that’s a shit character announcement, so scratch that last one. Although I’d quite like to punch her in the face. Ok, scratch the scratch.

Now to the meatier section: the bad stuff. I lectured you all last week on just how terrible Nintendo’s cloud saves service is, and yet I was still shocked to find this week that it’s actually worse than previously revealed. Although not in the Direct itself, it emerged afterwards through a Q&A section on Nintendo’s website that your cloud saves will be erased as soon as you stop your Nintendo Online subscription. Not just inaccessible – completely gone.

The official wording is “Save data stored with Save Data Cloud cannot be kept outside of the duration of your Nintendo Switch Online membership.” It’s important at this point to remind you all that your PlayStation cloud saves are kept for 6 months after your subscription ends, and your Xbox ones are free of charge and require no subscription anyway. This is such a worrying caveat to the feature that it’s close to being rendered completely useless. What’s the timeframe on the subscription ending and the saves being lost? What if I get a new bank card and forget to update it on my Nintendo account? I guess my saves are gone, right? It’s possible Nintendo may offer a grace period for this kind of scenario, but let’s not get our hopes up. Though I must give kudos to Nintendo for having the gall to try and introduce their terrible cloud save system as if they, and we, had only just discovered it was possible. The balls on these guys. 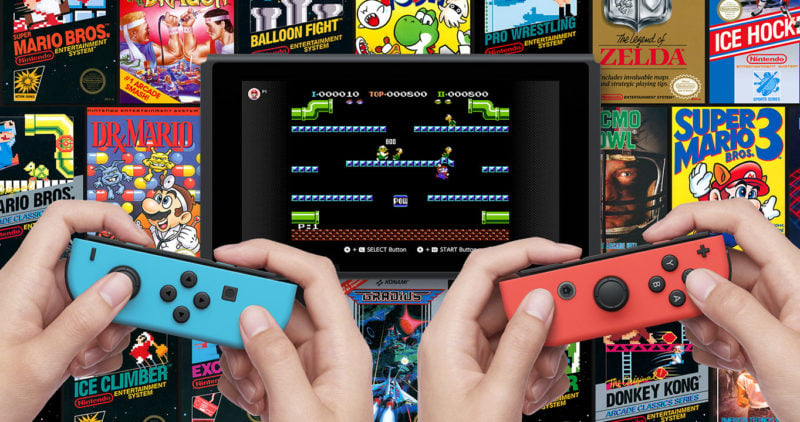 You already own the versions of these you care about, and the rest of them are pants. You know I’m right.

Cloud saves wasn’t the only nugget in the shit-pile of disappointment, though. It’s not really a revelation at this point, but NES games are rubbish. I don’t think I’d given it much thought for a while, but the offer of NES games gated behind a paywall is terrible. NES games in 2018 are actually worth nothing. Zero. I would not pay you for a NES game today. They do not carry a value at this point because they’ve been rehashed so many times, are available on so many platforms, and have been paid for by Nintendo fans over and over again. Destiny 2 is available on PS+ this month. That game is a 2018 AAA release. Some NES games aren’t even a 1988 release.

Fear not though, because those NES games of zero value can be played on some beautiful NES-style Switch controllers of $60 value. Yes, SIXTY dollars. Well, actually they cost $80 because you’re not allowed to buy them unless you subscribe to the Nintendo Online Service. Granted, there isn’t much you could use them on without access to the NES titles, but it’s still cheeky. There wasn’t much else in the Direct that was worth noting in terms of it being terrible – it was more that there just wasn’t very much that was truly exciting. It was, however, hilarious to see Nintendo actually try and persuade people that their App allowing ‘voice chat with friends while playing certain games’ is a genuine feature. Using your phone to talk to someone is not a feature of your service, Nintendo, it’s a feature of the fucking invention of the telephone.

EA – A Law Unto Themselves (and definitely not you)

Head on down to EA headquarters (make sure you wash the greed off your hands on the way out) and you’ll likely hear them blasting out some Judas Priest, because EA is breakin’ the law. They don’t even care either. Luckily, they’re only breaking the law in Belgium, and it’s only so they can keep gambling mechanics in their games, so at least they’re doing it for philanthropic reasons. The shareholders love it.

This week it was confirmed that the Belgian government is launching a criminal investigation into EA just deciding to ignore that silly little law about loot boxes being a form of illegal gambling, and keeping them in FIFA 18 and FIFA 19. It really says something when your level of greed outweighs not only your adherence to the law, but it actually outweighs that of Activision. Even those unscrupulous cads chose to follow the ruling and take them out of Overwatch. EA has less fucks to give, it seems. 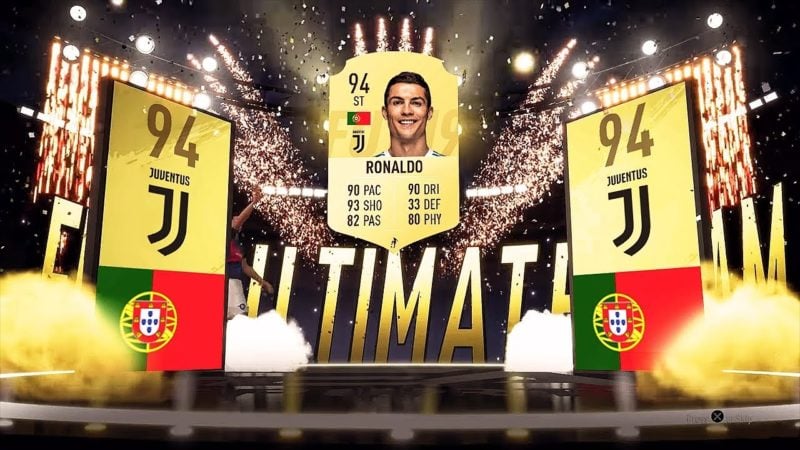 I suppose FUT packs, or whatever weaselly moniker EA gives to their FIFA loot boxes, are really the granddaddy of all in-game gambling. It disappointed me that they got away without scrutiny while the industry started to get pissed off with Mordor and Battlefront 2, and perhaps it’s this longevity that has EA sticking to their guns. Maybe they feel they’ve been around so long, they’re invincible at this point because nobody has made a fuss in the past.

EA themselves removed them from Battlefront 2 after a few weeks of fan backlash and a downvoted Reddit post, but FIFA ain’t letting go even when Johnny Law gets involved. I suppose the billions of dollars they make off the practice rules that decision, and probably ensures a pretty hefty legal team fighting this in court. I seriously hope they go in there with their excuse that FIFA coins or players can’t be exchanged for real world money, because we’ve all seen FUT coins on eBay before. Hell, there’s loads on there right now. Go on, EA, do it. I dare you.

We Can Take EA Down, I’ve Got Just the Guy

You know who would definitely take down EA CEO Andrew Wilson? Takayuki Yagami – the main protagonist in Project JUDGE, a new title in the Yakuza engine announced by Sega of America this week. In a nutshell, it’s Yakuza crossed with L.A. Noire (or maybe Phoenix Wright) and it looks fantastic. Seeing as it’s been developed in the Yakuza engine, the game will mix mystery-solving detective work with beating seven shades of shit out of scallywags, and that sounds like a good old time to me.

We got not one but two trailers for the game, scheduled for a 2019 release, this week – one for story, and one for gameplay. The story will almost certainly pack in the superb writing the Ryu Ga Gotoku Studios has become known for, but it’s the courtroom twist on the Yakuza formula that gets me in the mood for justice. Gameplay elements revealed in the trailer include tailing suspects and observing their behavior, donning disguises and lockpicking for infiltrations, sifting through clues on location, secretly taking photographs (including with a drone) of criminals for evidence, and I’d imagine much more. Yagami got moves, too.

Fighting sequences look more balletic than ever, with spinning hurricanranas and nunchaku aplenty. Naturally, there will also be a suitable dose of mini game nonsense to top off the experience. The trailers made me laugh more than once, and that is all I need to prove I’m going to absolutely love this game. SEGA is knocking it out of the park so consistently right now with, dare I say it, not a loot box in sight.

Speaking of hoping there are no lootboxes in sight, From Software released a pre-TGS trailer for Sekiro: Shadows Die Twice this week, as the game continues to look more and more impressive with every new piece of footage. Seriously, Activision, please leave it alone.

The new enemies and bosses in the trailer look incredible, with a giant maiden-like figure wearing an Oni mask and a massive mutated albino ape sure to provide ample tests of our shinobi skills once we get our hands on the game come March 22nd. There’s not too much more to say about the trailer other than it looks beautiful and brutal, but if you want to read my thoughts based on the demo I played at Gamescom 2018, then knock yourself out. Spoiler: I bloody loved it.

Right, I’m off to try and get that platinum trophy in Marvel’s Spider-Man, and I’ll see you in seven.