Autumn is a weird season, isn’t it? It’s a devious little bastard that, thanks to global warming, presents itself as such a polar opposite to summer that it frequently gets away with crimes that are almost automatically attributed to winter. Firstly, as soon as the clocks go back – you know, they FALL back – and it gets dark early, people start chiming in about how, “Winter is definitely here,” despite the fact it’s still only October at the time. The weather this year (yes, I’m British so I’m talking about weather) has turned especially cold especially quickly, and yet again people start blaming winter. Lastly, and the basis for this entire digression from video games, people are getting sick and blaming poor, old winter.

This week, I have been a veritable zombie – downed by the scientifically real man flu – and thus I’ve not really had much time to react to gaming news by myself. I’ve picked up on things I find interesting and included them here, and you’re going to get pretty much my hot take (and not just because I have a fever) on it all. Worse still than the sickness, I finally bought a 4K TV in a Black Friday sale, but its feet are too wide for my current setup, meaning I can’t test it out before I move to my new house at the end of the month. Seriously, autumn is an underrated prick.

Earlier on in the year, when Sony announced there would be no PSX event, we all assumed that they were biding their time to build up some more significant announcements for next year’s E3 event. How wrong we were, as it turns out the company can’t be bothered with that either.

“We are exploring new and familiar ways to engage our community in 2019 and can’t wait to share our plans. As a result, we have decided not to participate in E3 in 2019.”

It’s obvious that Sony aren’t going to have no announcements whatsoever next year, so there are several schools of thought coming out of this news. Firstly, that Sony will hold its own event, or multiple events, next year and may even hold an event down the road during E3 week itself. The second prediction is that PlayStation 5 will, indeed, arrive in 2020 and Sony will blow the world’s socks off in 19 months rather than 7.

Honestly, I can’t conceivably have a problem with this. Some people are saying it’ll be a blow to the E3 event itself, and my question is: who cares? Through pretty much every logical viewpoint, E3 is total shit. Journalists seemingly hate going to it because there’s tons of queueing, they have to go to LA, and it’s hot and sweaty and long. I’ve been to games events before and they are not a fun time. You spend hours and hours queueing for a 15-minute go on a game you’ll not be playing again for ages; all the while your backlog of full games you actually own sits waiting for you in your comfortable house away from smelly, sweaty people. 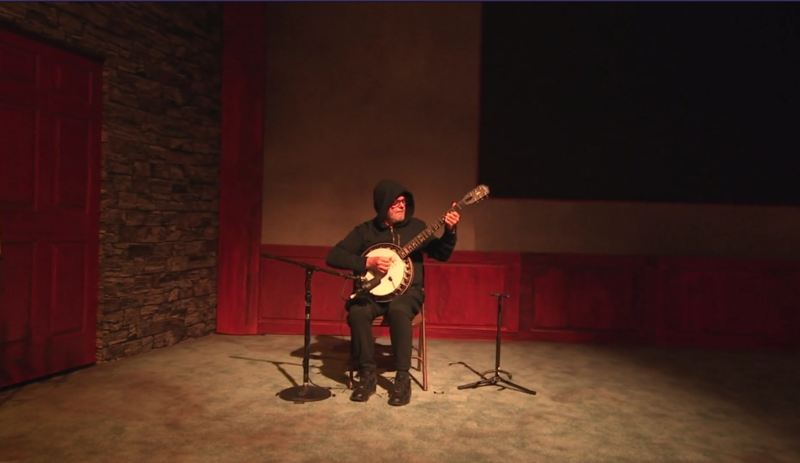 Be honest, you know this was shit

Even if you don’t go to E3, you likely still don’t enjoy it either. What benefit to video game fans does the event even serve any more? You watch the press conferences and they’re unquestionably horrible, and there is no scenario that doesn’t end in someone being disappointed.

May I present the evidence to the court: 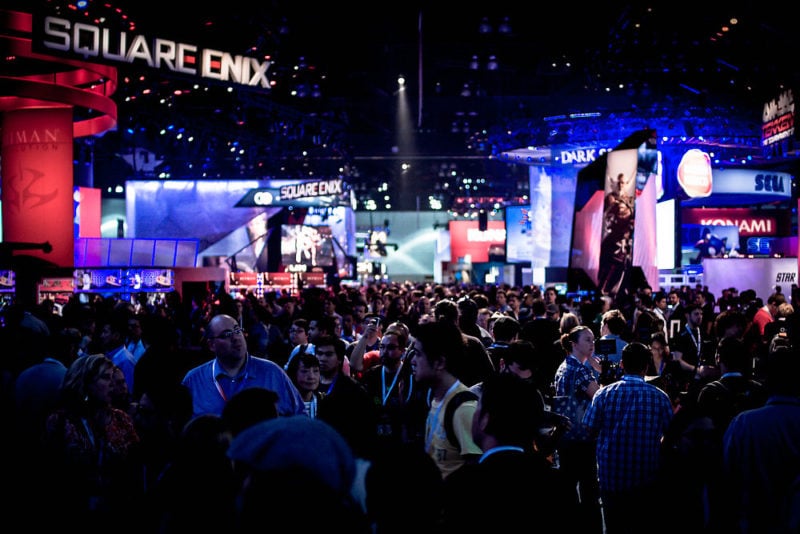 There has to be a better way than this

Sony aren’t stupid, and there’s no question they can probably feel the growing discontent for the whole thing. Their E3 presentation last year was confusing, barebones and more than a little bit mental. The only thing E3 really has going for it any more is that it still captures the attention of gamers for a week, and there’s a guaranteed audience. Even then, that audience will likely have seen several leaks weeks before, and will spend the days afterwards compiling ‘OMG Top 10 E3 Cringe Moments LMFAO’ videos anyway.

E3 is a bastion of the grandiose self-importance that games companies place on themselves because they know that their target market are an obsessive and loyal bunch. It’s boring, it’s always disappointing and it’s almost totally pointless. Here’s hoping Sony will find something better next year and save us all from E3 apathy.

Microsoft Ain’t Got No Disc

Strong rumors surfaced this week via tech website Thurrott that Microsoft is looking to finally go ahead with a disc-free Xbox One. Cast your minds way back to the pre-release talk around the Xbox One and a digital-only Xbox is very much old news to Microsoft, and through sheer bloody-mindedness, they’re going to make it happen.

According to the site, Microsoft will even be offering a “discs to digital” scheme, where existing Xbox One users can “take [their] disc to a participating retailer (like the Microsoft store) and trade in [their] disc for a digital download.” To be fair, that actually sounds pretty awesome, provided it’s free – and that feels like a rather significant caveat we’re yet to glean.

Put your disc away, dude!

Thurrott went on to explain that “The goal with the new console is to lower the price point for the hardware… the new console price point is expected to be $200 or less.” I actually deleted a rant I was about to run headlong into about the fact that digital games are still inexplicably overpriced compared to physical ones, and therefore the overall price point would not be lowered, but then I remembered that Xbox Game Pass is a thing.

While Sony are scrambling to keep up – and are therefore still charging £60 for a game I can physically own, play and then sell on for £40 up front – Microsoft’s service potentially sets this new console up as being a cheap streaming machine that basically offers all new exclusive releases for a much lower fee. So, a revised, rant-free attitude from me, and here’s hoping this whole rumor is true.

‘Cause I’ve Got a Golden Joystick

The annual Golden Joystick Awards happened this week, and with them came some recognition for 2018’s gaming elite, some new trailers (more on that later), and yet more praise for bloody Fortnite. Probably the biggest news coming out of the event was the Lifetime Achievement Award for the legend that is FromSoftware’s Hidetaka Miyazaki – an even more impressive feat considering the dude is only in his early 40s.

God of War (remember that?) was the biggest winner this year, as it picked up four awards – Best Storytelling, Best Visual Design, Best Audio and PlayStation Game of the Year – and a fifth for developer SIE Santa Monica, who won Best Studio. 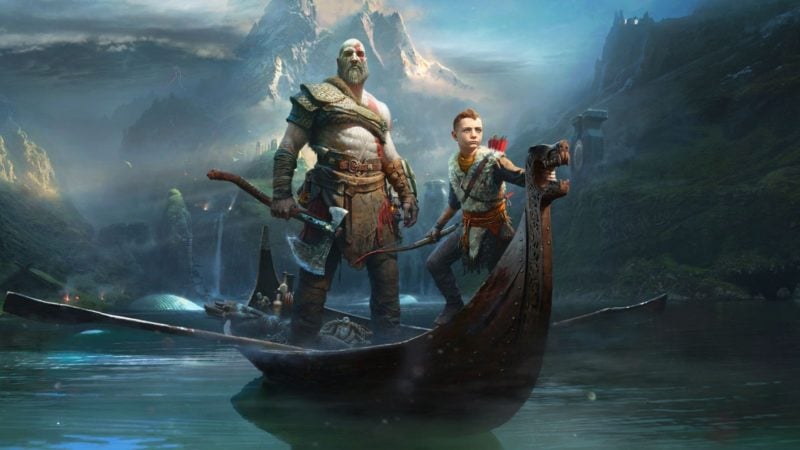 Forza Horizon 4 won the Xbox Game of the Year, Dead Cells won Indie Game of the Year and, perhaps only because Smash Ultimate isn’t out yet, the still-lovely Octopath Traveller won Nintendo Game of the Year. The other awards of note were the Most Wanted, which went to CD Projekt’s Cyberpunk 2077 and a Critics’ Choice win for Red Dead Redemption 2.

If You Need Me, I’ll be in My Trailer

I promised, and now I deliver. The Golden Joystick Awards showcased a couple of new trailers for upcoming games, and I present them thusly to you. First up is a new release trailer from Devolver Digital for the absolutely stunning platformer Gris, coming to Nintendo Switch and PC next month. It has a massive Journey vibe to it for me, which is one of my all-time favorite games, so you can color me very excited.

According to Devolver’s site, “Gris is a hopeful young girl lost in her own world, dealing with a painful experience in her life. Her journey through sorrow is manifested in her dress, which grants new abilities to better navigate her faded reality.” Sounds pretentious as hell, right? But then, anything that can truly be considered art pretty much has to be. Hopefully there’s enough clever puzzles and platforming challenge to make the game more than style over substance.

The second trailer shown at the GJAs was for Ace Combat 7: Skies Unknown. You might remember in the Gamescom episode of Goombastomp’s Not Red E Podcast (returning this week, we promise), we weren’t that bowled over by the gameplay of Namco’s latest, and this trailer only features a smattering of in-game footage, but it certainly does its best to make everything look exhilarating.

Project Judge Will be The Greatest Game Ever

Son of a gun, this game looks magnificent and I bloody well want it now. Damn you, Father Time, just hurry up already! DualShockers unveiled a sizeable dump of new screenshots they were sent by SEGA this week, and they show off an array of glory that soothed my aching joints and cleared my bunged-up sinuses. I will never make any apologies for being a big Yakuza series fan, and as an adaptation of the formula, Project Judge looks phenomenal. 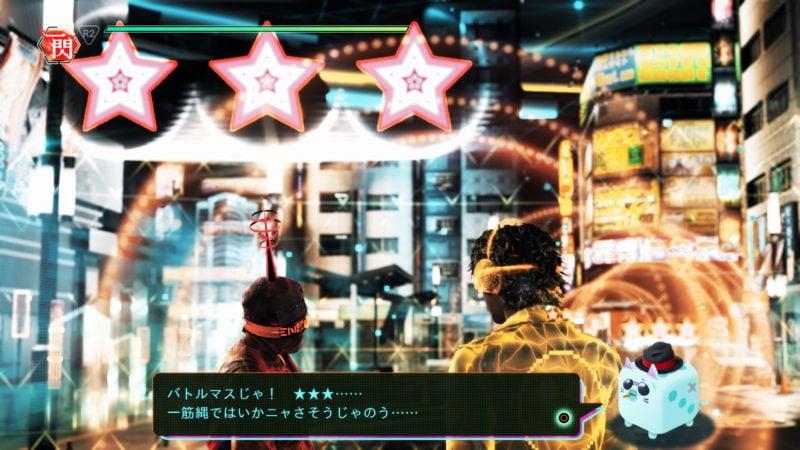 I think the first word is Battlemouse, but it’s still nonsense to me

A lot of the screenshots shown on the site are of people’s faces looking intense, but pictures of the mini and arcade games are what really get my juices flowing. There’s “Kamuro of the Dead,” which is basically House of the Dead, Puyo Puyo and even a playable version of Virtua Fighter 5 Final Showdown that can all be played when you’re wasting time in the game world.

Maybe the Dualshock 4’s gyro controls could work in this?

There’s pinball, there’s batting practice, there’s Mahjong, there’s Blackjack and Poker. Additionally, we’ve got drone racing and some batshit giant cuboid cat…thing. It all looks as ridiculous as I’d want, and that’s disregarding what we’ve already seen of the game’s combat and how it will feature a lot of new detective mechanics into the inevitably brilliant writing and story pacing that Ry? ga Gotoku Studio is known for. Most shocking of all is that a demo is coming to the Japanese PSN store this month, with the game coming out in December. We’ve got to wait until 2019 for a western release, so maybe I’ll ramp up the frequency of my Japanese lessons if the wait gets too much.

Right, my palms have sweated long enough. I’m going for a nap. See you in seven when I’m hopefully feeling better. Please pity me.

This Week in Gaming News: There’s no Return From 76

It’s Two Steps Back, One Step Forward for BoJack Horseman in “INT. SUB”