Howdy, pardners. If any of you have managed to wrench yourselves away from Red Dead, I welcome you to another roundup of the week’s gaming news sautéed with some of that classic British sarcasm and moaning you all paid the entry fee for. You get the kettle on and I’ll get started…

Ola, mi amigos! Microsoft held a special event in Mexico City this week and gave it the snappy name of X018, like some kind of reverse Mega Man timeline. While nobody’s socks will be blown off by what the quality of was announced and shown off at the event, it certainly wasn’t lacking in quantity. I’m not going to discuss everything in the event here because it’s tough to care about a lot of it (yes, including Kingdom Hearts 3 trailers because I’ve never fancied playing a Winnie the Pooh video game), but I’m going to use up a couple of sections to talk about the two biggest and juiciest pieces of news.

Arguably the biggest announcement was Microsoft’s acquisition of two more gaming studios, although it’s big with a proviso. If these studios go on to make more shitty Avatars or something of similar pointlessness, then it means about as much as if they’d acquired me. If, however, we get either some great games or a certain remaster then we can all walk hand in hand and sing songs of joy – hell, maybe even X018 will catch on as a name, you never know. 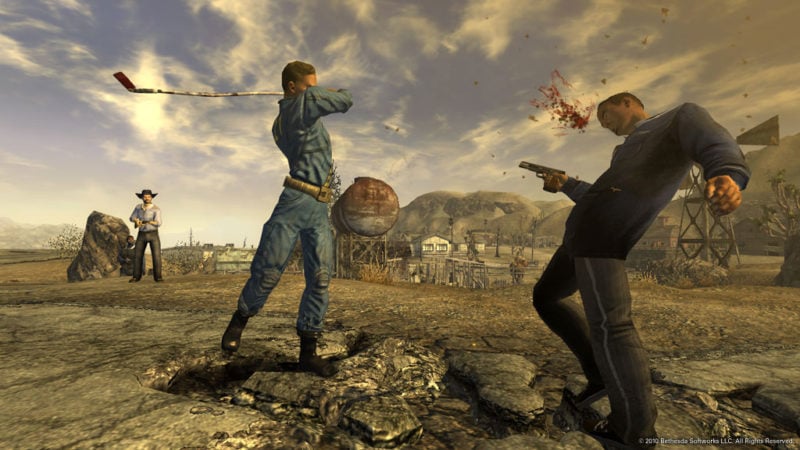 It couldn’t happen, could it? Surely not…

Three paragraphs in, and it’s probably about time I told you who those studios actually are. The first up that was snapped is InXile Entertainment, most famous for the Bards Tale series and Wasteland 2 – a post-apocalyptic RPG from the producer of the original Fallout. The sexier of the studios, however, is undoubtedly Obsidian, known for Star Wars: KotoR, Fallout: New Vegas and the good South Park RPG (the first one about sticks). Microsoft made the reassuring statement that both studios “will continue to operate autonomously and bring their unique talents, IP, and expertise to Microsoft Studios as they build new RPG experiences for our players and fans.” Worry not then, it seems.

There’s a full rundown of the event here, but to briefly list the other announcements of lesser note, X018 gave us news on Black Friday Xbox deals, DLC for Forza Horizon 4 and State of Decay 2, new content and modes for Sea of Thieves and Devil May Cry 5, and some keyboard and mouse support. Oh, and one more thing…

File this one under ‘for real this time’ with caution, but that there Crackdown 3 game has an actual, proper, confirmed, legit, definite release date now. Celebrate! Remember much about 2015? Probably not, right? Well, that’s when Crackdown 3 was revealed to the world at Gamescom alongside its “100% destructible environments.” It’s been delayed every year since then, but nobody cares about that anymore, because it’s absolutely, positively coming out on February 15th 2019.

Creative Director Joe Staten announced the release date during X018 alongside a trailer for the game’s multiplayer mode (the only place where those destructible environments actually exist) called Wrecking Zone, which centers around two teams of five agents trying to raze the other’s tower to the ground. The game will be available on Game Pass, further enhancing that service’s relevance, and as a bonus (or maybe an apology), the original Crackdown is now free on Xbox One until November 30th.

Squenix is Not for the Squeamish

Oof, it’s been a painful week for Square Enix. The company announced on Friday that three of the four DLC expansions for Final Fantasy XV have been cancelled and that game director Hajime Tabata has left the company. According to Gamespot, Luminous – the new internal studio who were developing the expansions – will now focus on making a new, unannounced, AAA game.

The cancellation of the expansions comes in the wake of the earnings report posted by the company that showed £33 million losses, and it seems those losses have been cut at the expense of FFXV. I’d surmise that the company perhaps lost money by wasting it on development of one of the worst games ever in The Quiet Man, but it’s clear that barely any money was spent on that game – especially on the sound budget, amirite? 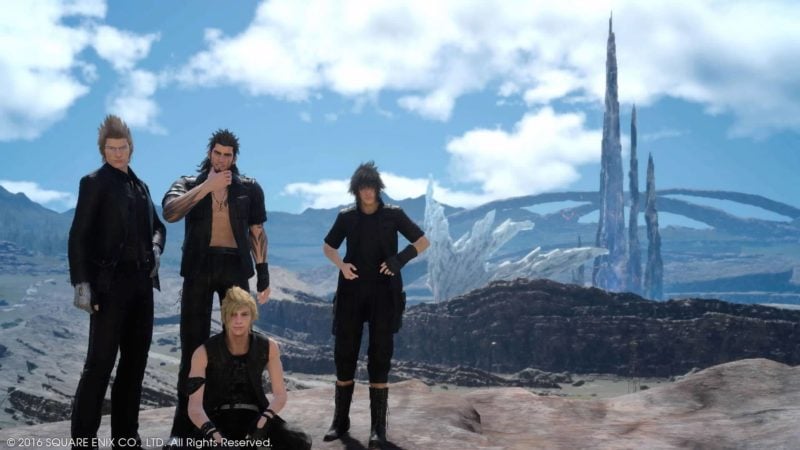 Not pictured, the DLC or the game’s producer

As is seemingly always the case, the departed director is not done with games yet, and can now make that project he was always planning without the shackles of corporate overlords. In a statement, he announced “I have a project that I truly wish to solidify as my next challenge after FFXV. For that reason, I have decided to leave my current position and start my own business in order to achieve my goal.” Expect him begging for money on Kickstarter in the coming weeks.

The video games industry is a pretty unique one in that it can generate more excitement at the existence of a job advert from people who won’t be going for the job than from people who will be. Games companies looking to hire is undoubtedly exciting when it involves someone working your favorite game franchise, and few come with as much guaranteed fervor as The Legend of Zelda.

The job listings don’t really give off too much revealing information, but the key components, as translated by Resetera member guru-guru, mention that one of the roles requires “experience working on HD hardware,” and that the other is for a level designer. He notes that duties include “[planning] game events, the field, dungeons, [and] enemies.” 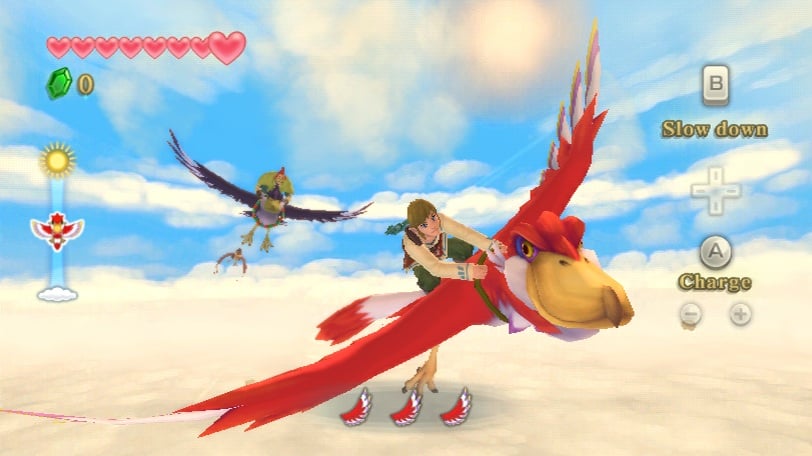 Could a Switch remaster be the cause for the job opening? Would anyone want to play this game again?

Two schools of thought therefore exist regarding what these job openings mean. One thing that is guaranteed is that this is a 3D Zelda game that will be on Switch (thanks to that HD hardware point). What isn’t guaranteed is whether it’s a brand-new title, or a remaster of an older game. You’d expect that a level designer wouldn’t be needed for a remastered title that already features designed levels, unless one of the older 2D games is getting a 3D makeover. Obviously, it’s not exactly a shock that Nintendo will be developing a new Zelda game, but it’s interesting how soon after Breath of the Wild we may see a potential sequel.

Red Dead Redemption 2 is now on Switch! Well, it is if you watch a let’s play of it on the console’s new YouTube app. You can tell it’s been a bit of a slow week when a 2018 console barely catching up with the functionality of the Wii is big news, but I’m personally delighted that Switch is finally moving closer to being the multimedia machine it really should be. While you lovely Americans have at least had Hulu on Switch for a while now, us poor Europeans have had nothing but games on it. Granted, I’ve got a phone and a laptop, but the Switch fits a little niche in my gadget library as being a nice little middle ground for some toilet or bed-based YouTubing. 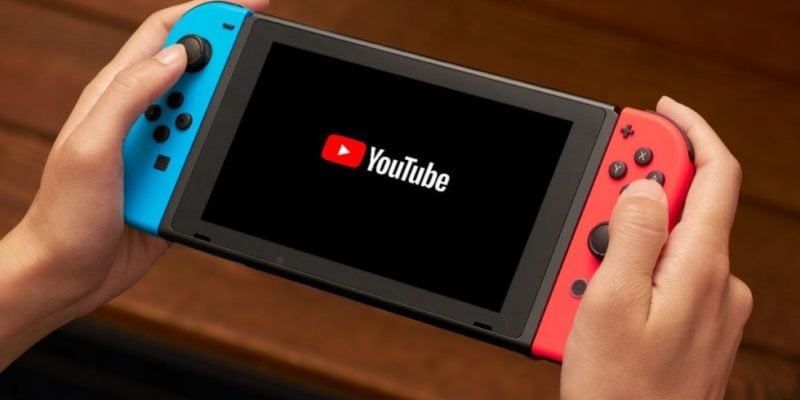 If the main article wasn’t negative enough, rest assured I agree this took WAY too fucking long to arrive

Naturally, with the sales performance of the console, it would be madness not to add some additional functionality to it in order to keep the momentum going. Surely, developing app functionality on an OS that can clearly already handle it is an easier way to bolster the system’s holiday season draw than developing new games, so hopefully this app is the first of many. Netflix was spoken about way back in January as an ongoing consideration for Nintendo, so expect movement on that in the new year. For now, you can now download the YouTube app for free (and without a Nintendo Switch Online subscription) on the Nintendo Eshop.

Right, I’m away to stream some Call of Duty Blackout, and I’ll see you in seven.

What’s in the Box? Unboxing the Fallout Mystery Box from Toynk

This Week in Gaming News: Ken You Believe There’s No Banjo?